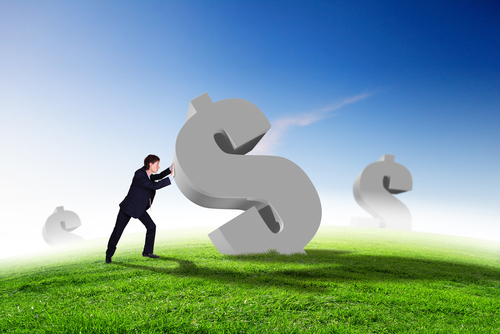 Prices of lifestyle blocks in the Auckland area have rocketed by 26% in the past 12 months, according to the latest Real Estate Institute figures.

The figures for the three months to September show that median prices for land on the Auckland fringe hit a new record of $870,000, up from $850,000 in August - which had also been a record.

The gains on lifestyle blocks are currently outstripping those even in the heated Auckland residential market.

According to REINZ's residential figures for September out earlier this week, the median price for an Auckland house rose just 10.7% in the past 12 months - but even that was to a record price of $570,000.

At least some of the lifestyle block activity in the Auckland area is likely to be so-called land-banking in anticipation of changes to Auckand's boundaries and ability to develop rural land. Simlar trends are being seen in latest farm sales figures.

The Auckland Council has recently notified its new Unitary Plan, to take effect in three years, as well as signing up for a new Auckland Housing Accord with the Government. The accord is targeting the building of 39,000 new houses within three years.

A mixture of fast-tracked "greenfield" and "brownfield" new developments are promised.

Nationally there doesn't appear to be a huge amount of activity in the lifestyle block sector, although the 1645 sales in the September quarter were up 23% on the figures recorded 12 months ago.

Peacocke said  that in the South Island, the Christchurch lifestyle market appeared to be experiencing an easing of the surge to the lifestyle areas further away from the city, "partly driven by the resulting traffic congestion at key entry points, and partly by the forthcoming availability of subdivisional land closer to the city".

"Peacocke said ...Christchurch lifestyle market appeared to be experiencing an easing of the surge to the lifestyle areas further away from the city....partly by the forthcoming availability of subdivisional land closer to the city".

Ya mean that increasing Supply, in or adjacent to a City, lessens demand just Outside the squiggle on a map?

Someone better inform the All-Powerful Plannerz about this startling newly realised correlation!  Stat!

An assumption, jumped on by a preconception, and we have a fact.

Waymad - things are seldon so clear. I am hearing a groundswell of folk who - like me - know times are not going to be what they were. Most folk don't know how to get off the bandwagon (need to stay legal parts of society) so practice what someone once called 'inverted quarantine'. It's what I did. It isn't enough - everyone has to do it, so you might as well lobby for the change. It's what I do.

It is likely that some of the move to 'blocks', is the move to keep chickens, grow known-input food (have you heard folk worrying about Fukishima and food from China? I do constantly) and isolate their kids from the dark side of the inner-city (Chch excepted :) It is also likely the demand comes in surges, saturates via income potential, surges again....

There will be others - the ride-on-mower, look at me types - who don't stay the course, but these days I think thery're in the minority out back.

Oh lets see, neither thinking? but voicing an opion based on? political bias?
How about the lifes style block buyers are a different segment to the FHBs? not the same market at all I'd suggest.
regards

Well, you know what Hugh, not all life style block owners actually do it for land banking. They do it for the life style. Stop the influx of aliens, not needed nor wanted and consuming resources they haven't paid a cent for.  Problem solved.

Dunno about solved, but certainly I suspect NZ would be better off on a few levels.
regards

He may like to think this is a 'flight to affordability'; perhaps he should read more.

But the big joke, is that he advocates unlimited growth-forever sprawl. In a very few doubling-times, that does the same coverage, while demanding more in the way of support (food, water, servicing, resources).

Nobody forced me out - I looked for a place where I could be more self-sufficient - more future-resilient - and could do my bit in redressing the ills we have foist on the planet. Others appear to be too self-centred to acknowledge their debt.

And it is an absolutely delicious example of a Perverse Outcome.  John McCrone's article about Mackenzie Basin (around Omarama/Twizel/Tekapo, for youse non-Mainlanderz) has another one.

For lifestyle blocks, the insistence on 'controlling' urban development via squiggles on maps, RUB's, MUL's and zoning in general (itself an artefact of the old UK Town and Country Planning Act style approaches to land uses), has led, fairly directly, to the displacement of the 'affordable vent' to - outside the squiggle.  Where (as it is typically in another jurisdiction, under the control of a different District Plan) the Urban Planners cannot reach.

This wouldn't matter if the plethora of District Plans actually meshed/complemented each other.  But, human nature being what it is, they don't, can't, and so capital P Planning goes straight out the window.

And the McCrone article shows off another Perverse Effect:  the heavy-handed use of the RMA to try to induce certain farming styles and not others in the Basin, is driving the sheep'n'beef farms outta business.  Only corporate dairy can afford to push through the processes, the appeals and the general blather.  So the Basin is gonna end up with precisely the sort of farm that the earnest opponents of dairy wanted to avoid.