Residential building activity rose by just 1.1% in the December quarter, according to Statistics New Zealand

Residential building activity rose by just 1.1% in the December quarter, according to Statistics New Zealand 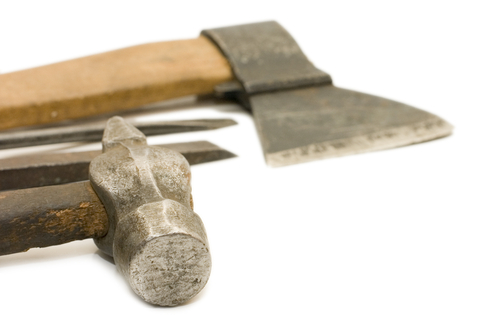 The volume of residential building activity nationally rose by just 1.1% in the December quarter, according to Statistics New Zealand.

The moderate figures followed a 7.7% rise in activity in the September quarter.

However, the figures have been quite volatile, with a 1.1% fall recorded in the June quarter.

But Westpac senior economist Michael Gordon said the relatively modest gain in residential activity in the December quarter was a "surprise".

While the increase was "respectable" it was "well short of our expectation of a 7% increase, based on the sharp upturn in building consents in recent months".

"We suspect this is a timing issue that will be made up in coming quarters."

Gordon said, however, that the latest figures presented "a clear downside risk" to Westpac’s forecast of 1.1% growth in December quarter GDP.

"We will finalise our forecast next week, after the survey of manufacturing activity on Monday."

In terms of activity as measured by price, in the December quarter there was a 6% rise in residential building activity in Canterbury, which boosted the national increase to 2.5%.

In dollar terms residential building activity grew by $48 million in the quarter, while the Canterbury increase was $27 million.

Westpac’s Gordon said that despite the "disappointment" in the headline figures, the details of the survey were "consistent with the themes that we have been highlighting lately".

"Post-quake rebuilding in Canterbury is surging ahead, and construction is also picking up in Auckland in response to a shortfall of housing and rising prices. Elsewhere, with no indication of an under-supply of housing, the trend remains subdued," Gordon said.

Herein lies the problem with the growth-based economy - eventually you will reach a bottle-neck where there simply can't be overwhelming growth any more...  Resouces are finite, and in Canterbury (and I suspect in Auckland too) the builders are simply all utilised now, and it's getting harder to recruit new staff as there's simply few available (domestically at least) who can (or want to) do the job. The design & engineering industies are the same - the've reached capacity too, so there should be no surprise growth has flat-lined.

People will migrate to the work though....ie I know at least 2 builders from Wgtn who are now in Chch.
The Q will be, all these ppl who are employed for this "boom" what do they do after its over?
regards

Demand wont be met again for the natural increases in population of New Zealanders ,coupled with higher immigrant numbers.
simple supply verses demand, increasing demand in an industry of reduced supply.
this article also demonstrates not every building consent as with resource consents for subdivisions actually get constructed, we should use the number of completed houses for statistics not consents to build houses.
at the onset of the GFC when residential construction finance dried up over 4,000 builders left for Australia, speaking to some of them on the sunshine coast , they build houses all day long mostly now for New Zealanders who cant russle up 20% just taking their money and life over the ditch, most cases 5% down and your in for the Queensland builders boost and a first home owners grant, sure theres stamp duty but they are actually building houses and affordable as well.
Kawana has 55,000 homes going in 15,000 are affordable 3bdrm, ensuite double garage $380k brand new.
lets have another Government report, that should kick the can down the road a little or untill the election.
The Great New Zealand Housing Crisis has already begun, the major effects are about a year away.
if NZ cant build enough homes for it populous to own, who's building the rentals for the rental generation?

MCNZ...  that makes sense
Throw on top of that ...  Chinese demand in this part of the world..  ( and once our Govt percieves that as an issue,  it will probably take 2 or 3 reports before anything is done )
http://www.macrobusiness.com.au/2014/03/credit-suisse-chinese-property-d...