Barfoots says there is record demand for homes over $1 million

Barfoots says there is record demand for homes over $1 million 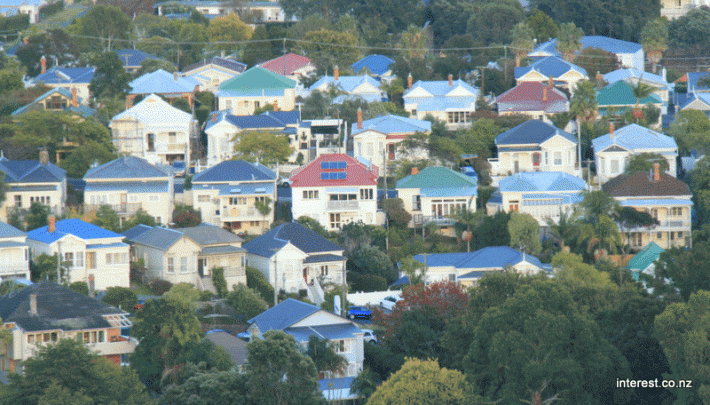 Auckland house prices continued to rise in June, according to the region's largest real estate agency, but the supply of homes for sale remained tight.

Barfoot's chief executive Wendy Alexander said demand for higher priced properties pushed up the average price in June by $11,000 compared to May.

"Even six months ago, sales of this number of high value homes would have been exceptional.

"What this underlines is that while supply continues to lag behind demand, values for high end homes will climb."

The supply of homes could become even tighter over the next few months.

Alexander said the agency signed up 1149 new listings in June, its lowest monthly number this year and down 12.8% compared to May.

"While a fall in new listings is a trend commonly seen at the start of winter, it will add pressure to lack of choice in coming months," she said.

In a commentary on the Barfoot figures, Westpac senior economist Felix Delbruck, said when the figures were seasonally adjusted they showed that the number of sales in June was 16% below their August 2013 peak.

That meant the stock of unsold listings on the market was about 10% higher than it was in August last year, although that had started to level off, he said.

Barfoots report shows median prices down 2.9% on May

It begs the question why this article is quoting average price. The headline should infact read that prices are falling.

It's all to do with sensationalism..
As explained in the REINZ website "There are technical reasons why the median provides a more accurate picture of what is happening to the prices of houses rather than the “average.”
As an example, assume there are 11 houses sold in a month with a price range of $200,000 to $300,000 and an average price of $250,000. Now replace one of those houses with a house that sold for $1 million. The average is now $318,182, even though 10 of the 11 houses for the month sold for less than this value. The median would be the price of the middle house sold in the range (in this case the sixth house), which more accurately reflects what the majority of the houses sold for.
REINZ uses medians to provide a more accurate measure of the “mid-point” of house prices that reflects what most people are going to be buying and selling houses for"

and survival of the service providers and their sales techniques.
https://www.youtube.com/watch?v=BUnvgKhWZdI

.... so that's how the housing market operates in Auckland, huh ? ... are wee at all surprised that someone's taking the piss ...

Another couple of places I was tracking have failed to sell at auction. It would be good to get more qualitiative data from the auction rooms. A recent conversation with an agent seemed to point at buyers getting a bit fussier, feeeling less pressured and starting to wrestle back some power in the buyer/seller relationship (a little).
Any insight on what's happening on the ground?

I've followed 2 recently as I drive by them most days, both quality properties with sea views, the first 4 bed, 2 bath, sold in a packed auction room for $1.45m, multiple bidders.  The second a 6 bed whopper which the agent was saying would go for $1.3m something went for $1.66m in the same auction, nothing in that auction was turned in and at least 20 cashed up buyers went home empty handed.

Yesterdays auctions were painfully slow....
The agent you spoke with is correct.

Thanks. I was planning on going but work won. Very useful to get some numbers. Regards

But BigDaddy told us last month that AKL auctions were still red hot !

"A price rise of $369 per day
Auckland's biggest real estate agency has this morning released sales data for June, showing a slight decline in sales volumes
but average sale prices up $11,088 in the 30 days - which equates to a daily price rise of $369.60."

On a related topic, I've had some clarification on the "property investors with 5 or more rental properties" rule.  My understanding/opinion is:
The rules will not impact on existing lending but will be applied when a customer with 4 or more rental properties applies for funding to purchase another rental.
The treatment of a commercial customer may result in more equity needed or a higher interest rate charged but not necessarily.  For example a commercial customer with a high LVR ratio may not pay any higher interest rates, may in fact be lower.  You can sell two lower value properties and buy 1 higher value to avoid the change.  You can seperate you and your partners lending to avoid the change.  And buy before December 2014.

Actually it’s all a bit if a nonsense. Banks have been frequently charging commercial rates on investment loans for many years past, so this proposal only confirms what has been standard practice by most lenders for a long time.
It will end up in rent increases eventually as all additional costs on any business get passed on in prices. It is only a matter of time.

Any rent increase (gross rent) which flows straight back out as an expense (net rent) is BAD NEWS for property investors.

Not really. It would be bad news if expenses went up but not rent. Yeilds in Auckland are so low at present any increase in costs must be passed on to tenants.

Yes, really.
What it means is, it is all that much harder for the landlord to raise rents in the future, one that will increase their own net yield.
With rent increases that are simply being used to cover higher  expenses the investor is worse off in the long run.

The primary factor for rent is tenant income, not landlord expenses.
That is why so many are reducing debt at present, just in an attempt to stay cashflow positive.

May i ask which you think is a more accurate gauge of property prices - average or median?

C'mon Greg - which is it average or median?

If you are writing articles on property you must have an opinion on this.  REINZ say median is the correct gauge - and i would tend to agree.  What do you think?

Barfoots are quoting their sale information - ie only BT sales.  REINZ is quoting everyones including private sales.
It is possible for the data to be going in separate directions.

Yes it is possible but unlikely.

B&T represent over 30% of the Auckland market, so their figures should give a reasonable indication of where prices are heading.

The B&T media statement from Wendy Alexander (CEO) released today said the June median had dropped 2.9% from May.

In another words, using the more accurate method of median, prices have dropped!

I bought a new Asko front loader washing machine with 1400 rpm spin cycle.  I don't think it can spin as fast as this..!

"Straight from the coal face" - went to a B&T  open home last Weekend  - double GZ, 5 bdms, 4 bth, ddl gge brand new townhouse in a complex of 4 or 5  - nice interior but no view and very little land.

I arrived 5 mins before start of open home (half hour) and left 20 mins later .... in that time I was the only party to arrive.

Had a wee chat with the agent, a nice, charming lady, whom when asked the price expectation cooly replied "2 million" .......

When the same company puts out the headline "Barfoots says there is record demand for homes over $1 million" I am left with a feeling of being "dazed" with the price they were asking and "confused" with their "market" scenario ........

I agree Crazy Horse, the open homes are quieter and the auction rooms are half empty - plus there is no urgency in the bidding.  The dynamics have changed and I doubt another OCR hike later this month will help.

Over the next few months much heat and light will be generated by the politicians from all sides and as usual the truth will be lost in the fog of battle.
It should come as no surprise then, that the property market ( and other markets ) may get a serious dose of the wobbles especially if the polls remain tight.

Conveniently forgetting of course how he was wrong last year about how effective LVR restrictions would be.

Plus Olly's article can hardly be considered a "prediction" when he wrote it end of May this year once the market had already started falling....

You are lucky..  I know of a propperty in Parnell (in a really good street) was sold in 2009 for 1.34 million, it was sold in June this year for 1.65m after quite a bit of renovation.  I was there at the first auction and got email from an agent I know about recent sale.  So it's not all roses.

WHAT ABOUT WHAT WE REALLY WANT TO KNOW BARFOOT&THOMPSON
THE SALES FIGUES FOR JUNE.???????
Been in the auction rooms in the last 3 weeks looks like they are running at about 30% selling under hammer on the day North Shore. Have not seen so many house passed in and priced on shore for 5 years.
Example
Forrest Hill one of hottest markets on shore.
18 Priced 7 Auctions
Wow what a turn around.
It just keeps getting better and better for buyers. Don’t worry about Auction any more wait for them to pass in and negotiate a fare price.

Black and White, went through Forrest Hill back streets just the other day, nothing but SOLD signs in sight... may not be selling at auction, but certainly moving along nicely! Harcourts have 1200 managed propertys on their books, 6 are currently unattended... if people can't buy, they rent, no rentals, rent WILL go up.

Sure there are going to be some bumps along the 2014 election year road, thats typical and expected.

Brendan
Signs can be up for many weeks after they are sold most agents are to lazy to get them taken down and they enjoy the fee marketing time.
26 house for rent in Forrest hill the so call red hot Westlake Zone.Rents gone nowhere in last 4 year if anything come back a bit.Will not be going anywhere fast with this number for rent.
We need to be all working in current market it is changing so fast.