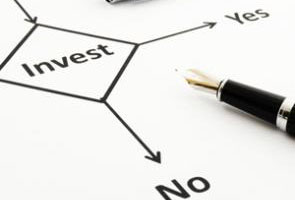 Property syndicates are a way for smaller investors to pool their funds to buy a large commercial property that would otherwise be beyond their means.

They have been around for a long time but have undergone a surge in popularity since the 2008 Global Financial Crisis.

That's because some investors were put off investing in the sharemarket or managed funds due to losses they suffered during the GFC, and the cash returns available from commercial property have generally been much higher than bank term deposits. This has made syndicates popular with people such as retired folk who require a regular income stream from their investments.

They are usually structured either as a company in which investors buy shares, or a proportionate ownership scheme, and sometimes they are structured as limited partnerships, although that is less common.

With proportionate ownership schemes, investors buy an "interest" in a property.

Say a scheme raises $5 million from investors who invest $50,000 each, there will be 100 investor interests.

Each of these investors' $50,000 "interests" will be registered on the property's title as a one hundredth ownership share.

In most respects investors would probably notice little difference in the performance of a syndicate whether it was structured as a company or proportionate ownership scheme, except that proportionate schemes can face higher legal costs when dealing with their property because of the large number of owners on the title.

Syndicates can invest in any type of property but office, industrial or retail properties are the most common, with a smaller market for farming syndicates.

Farming syndicates are sometimes structured as limited partnerships but these are usually aimed at wealthier investors and often require a minimum investment of $250,000.

Most of the syndicates promoted to the public are set up and managed by specialist syndication companies and some of these manage dozens of syndicates, which collectively own properties worth hundreds of millions of dollars.

Some law and accounting firms also set up and manage property syndicates for their clients.

There is no limit on the number of properties a syndicate can own, but most only own a single property.

A syndication company, let's say it was called XYZ Syndications Ltd, would identify a property suitable for syndication. Let's say it's an office building that they can buy for $9.5 million.

On top of that there will be upfront costs associated with setting up the syndicate. These can include legal and accounting fees for preparing financial forecasts and a prospectus, valuations fees, marketing expenses and brokerage fees for "selling" the scheme to investors.

The syndicating company will often take an offeror's fee for negotiating the purchase of the property and putting the deal together, as well..

Most syndicates have a minimum investment requirement and it is common for this to be in the $20,000 to $50,000 range and like most forms of property investment, they generally carry some debt.

IF XYZ had arranged a $4 million mortgage with a bank to part fund the purchase of the property, it would need to raise the remaining $6 million from investors.

If the minimum investment was $25,000, there would be 240 investor interests, but individual investors can own more than one interest.

Once the money had been raised and the syndicate structure set up, XYZ would use the funds to complete the purchase of the property and pay the associated upfront costs.

XYZ would be likely to have a property management arm that would then manage the property on the investors' behalf, collecting the rent, dealing with any tenancy issues and building maintenance and so on. however with commercial leases, most of these expenses are likely to be paid by the tenant.

It would also charge a fee for managing the syndicate itself, and this would cover the cost of preparing the syndicate's financial accounts and reports, organising investor meetings and paying investors their cash distributions (dividends).

Once XYZ has made mortgage payments and deducted any property managment and syndication management fees from the rent, it would likely pay most, if not all, of the balance to the syndicate's investors as a cash distribution.

It is now common for cash distributions to be paid monthly, giving investors a regular income stream.

Most syndications do not have a termination date and will continue until a majority of investors vote in favour of winding them up, usually by way of a special resolution, which generally requires a 75% vote in favour to succeed.

At that point the property would be sold and the surplus funds, after any debt and other costs associated with winding up have been paid, would be paid out to the investors as a return of capital.

Hopefully at that stage the property would have increased in value and the investors will have made a capital gain.

But it is also possible that the property could decline in value leaving investors with a capital loss.

What are some of the advantages and disadvantages of property syndicates?

The main advantage of property syndicates is that they allow smaller investors to invest into higher yielding commercial properties that would otherwise be the preserve of wealthier individuals or institutional investors.

Syndicates have been experiencing a prolonged spell of golden weather over the last few years because unusually low interest rates have reduced their own debt costs, and also made their returns relatively more attractive compared to fixed interest investments such as term deposits. They are also likely to have outperformed many residential property investments.

Provided a tenant doesn't default on its obligations, syndicates can provide a regular and reliable income stream to their investors, which should rise or fall with market rents over time.

Investors may also make a capital gain on their investment if the building has risen in value when it is sold.

Syndicates are also a passive investment, because all the work is done by the syndication company.

Balancing that are their risks

A syndicated property faces all of the same market risks as properties in other forms of ownership, such as the potential loss of a tenant and the effect that could have on rental income, increases in mortgage interest rates and other costs, which could affect cash flows and the amount of money left to pay distributions to investors.

The value of a syndicated building will also rise or fall with the market.

Simply putting a building into syndicated ownership does not remove those risks.

Additionally, investors need to be aware of the some of the specific implications in the way syndicates are set up.

Most do not have a fixed term or a redemption facility and that could create problems for investors wanting to exit a syndicate and cash up.

Investors get their money out of them when the underlying property is sold and the syndicate is wound up.

But there is no way of knowing when that will occur.

Most syndicates require a vote by investors to be 75% in favour for a syndicate to be wound up and some investors may want to cash up at a certain point while others may not.

So investors need to be prepared to have their money tied up in a syndicate for perhaps 5-10 years.

Most syndication companies will try and arrange a private sale among their investor base for those who want to cash up early. While that may work well when syndicates face favourable conditions and there are few sellers and plenty of new investors coming into the market, it may be a different story if syndicates become relatively less attractive to other forms of investment, which could result in an increase in sellers and a decline in potential buyers, making it difficult for investors to cash up.

Investors also need to consider the impact of upfront fees on a syndicate's performance.

Syndicates tend to have relatively high set up cost compared to the size of the investment offering. Because these costs are usually paid out in cash when the syndicate is set up, they will often reduce the investors' initial equity in the scheme.

When that happens, investors will be reliant on the property increasing in value enough to make up for the lost equity, and only once the shortfall is recovered will any rising property values start flowing through to capital gains.

Although the quality of many syndicate offerings has improved markedly over the last few years, there have been instances where investors have lost some or all of the money they put into syndicates which performed poorly.

So the risks associated with investing in syndicates are real and investors should take them seriously.