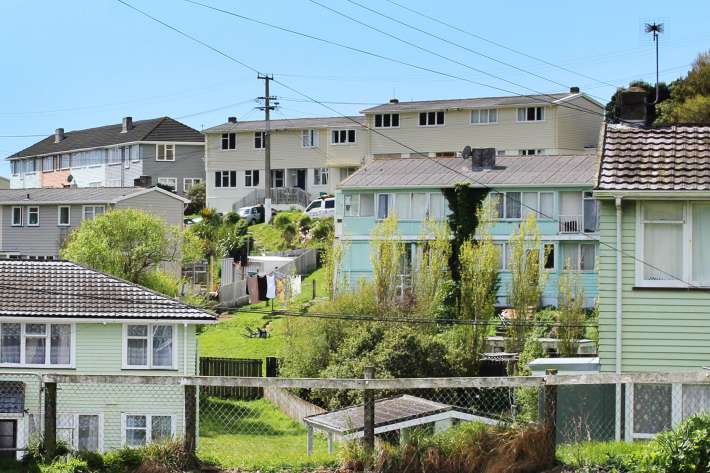 New Housing NZ Minister Bill English is pushing ahead with reforms to the Government's NZ$18.7 billion stock of state houses that he hopes could ramp up the development of social housing by Iwi and other community-owned housing providers to address a massive shortage of affordable housing.

The reforms could see billions of dollars worth of state houses and land sold to Iwi and community groups that use hundreds of millions of dollars of state subsidies for social housing to fund the redevelopment and expansion of affordable housing. Valuing those state housing assets and then financing those redevelopments privately, possibly through banks and pension funds, will be the major challenges.

English compared the plans to redevelop the sector to previous ones by Labour and National governments in nursing care and early childhood education, which saw community and private sector groups use steady streams of Government payments for services to finance and build up their assets.

English said in an interview on Friday that a combination of reforms in the Social Housing Reform Act passed last year and the move of social housing assessment from Housing NZ to MSD earlier this year had laid the groundwork for the shift.

He pointed to the NZ$710 million worth of Income Related Rents (IRR) that are currently paid through the Ministry of Social Development to Housing NZ Corp, but which are being opened up for Iwi and other community groups such as the Salvation Army and Presbyterian Support Services to bid for and finance their own stocks of social housing.

"We've got to find a more responsive system that's not capital and construction heavy for the Government," he said.

Housing NZ would remain the largest provider of social housing, but English envisaged a major increase in the the 'third' sector of community and other groups, some of whom would be able to buy and redevelop land current used for state houses.

English said around a third of Housing NZ houses were in the wrong place, were the wrong size or the tenancies were mis-matched. An Independent Transactions Unit (ITU) had been created to value those homes for possible sale to community housing providers.

English said he expected the Government to be in position to begin selling houses in the first quarter of 2015, although in many areas consultation with Iwi groups would have to be completed before any sales could be made given the land was subject to Treaty of Waitangi clauses granting Iwi Right of First Refusal (RFR) when Crown land is sold.'

He said Iwi and financiers had already approached the Government about the potential to buy the land by using the IRRs to finance and operate new housing developments.

... win / win , the Gumnut gets some money out , the business gets professional managers , and Kiwi investors get property exposure in affordable chunks ...

A REIT is a good idea........... in theory .
Problem is that there is virtually no return on a massive portfoilio which I understand is about 65,000 properties .
A listed REIT  of this size would dominate the NZX .
It could be done as there are listed residential property Companies in Germany who supply social housing on commercial terms.
The other problem is that we are not Germans and this is not Germany . Germans are compliant , and  a culture of non-payment does not exist .
We have an entrenched culture of expectation and a well honed skill of  non-payment of rents at the lower socio-economic levels
Just ask HNZ about how they get jerked around by their tenants

I understand all the words
I know Bill English has been banging on about it for a while
But what does it all mean?
How is it going work?

Where will the Salvation Army get all the money to buy these properties at market value?
They will need to set up a large administration infrastructure to manage it all
Is it simply shifting the burden of social responsibility from Govt to a Charitable-Church Organisation?
Will they be any better at administering it than Govt?
How big will the SA conglomerate become?
Will their good-deeds altruism sensitivities get in the way
What if it doesnt work - will it need to be bailed out?

Can you explain it all?

PS:- what does IRR mean? - Internal Rate of Return?

Its just gradualist privatisation and the corporatisation of the non government sector. I bet ya that banks and investors won'trisk their capital if providers maintain their charitable non profit approach. My prediction is that social housing will be redefined to an absurd degree and entitlement will be on the basis of ability to pay not need. Any participating organizations will be obliged to spin off a corporate arm and to employ managers from the private who will inevitably transform the culture of the non government sector here.

Favored entities will get the cream at the top. Anyone remember the story of the Housing NZ tenant who was told she could buy the State House but only if she could pay the market value of $1 million? She actually had the presumption to scrape together the sum much to the shock of Housing NZ and was remorselessly persecuted for the audacity of having the audacity of being poor and brown yet through the generosity of friends and relatives was able to amass the capital beyond the ability of even most Pakeha due largely to their weaker social links.

Income related rent, I wonder THAT means. Even if you are paying 80% of your income in rent it is still related to your income, so that means nothing unless some number is given. GR-IRR

Since Churches are tax free the Government will lose all rent on these houses and GST, if they are brought up by IWI their go the rates.
This has beentried before andfailed, because churchesonly look after their own sheeo.
Higher denisty wont help because the  piping system wont cope.
I expect a reduction in my PAYE.

Did nation mention anything about ending the state-housing program during the elections?  I don't remember mention of it and i'm sure Labour would have been scare-mongering about it if National had released it as policy.  I'm just wondering where the mandate for this is?

It would be pushing it to suggest this was a central plank in National's campaign strategy, but it wasn't a secret - a speech in which Bill English spelt out the Government's intentions in this regard was reported here on interest.co.nz on 26 February (in one of Bernard's less snappy headlines, "Bill English tells Auckland's anti-sprawl NIMBYs who won't allow growth to go out to at least allow growth to go up; eyes big state housing reforms") .  You might also be interested to look at Eric Crampton's comments on the same in his "Offsetting Behaviour" blog on 28 February.