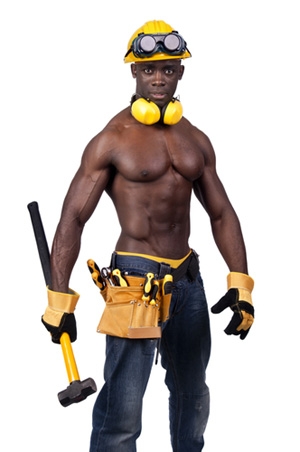 The Labour Party says falling residential building consent numbers in Auckland show that the government's housing policy is a fizzer.

There were 1985 new dwelling consents issued in September compared with 2022 in August and 1862 in September last year, according to Statistics NZ.

But they were down sharply in the Auckland region, where 537 consents were issued in September, compared with 656 in August and 849 in July and 490 in September last year.

"[Housing Minister] Nick Smith promised Aucklanders 39,000 houses over the three years of the [Auckland Housing] Accord. He doesn't have a hope in hell of achieving that." Twyford said.

However Smith maintained that the annual figures painted a brighter figure than the monthly ones, with 7320 consents issued in Auckland in the year to September, a 30% increase on the previous year.

"These figures confirm the direction of the government's reforms to address New Zealand's housing supply and affordability challenge," he said.

Canterbury took the top spot as the country's leading region for new housing with 579 new dwelling consents issued in September, up from 540 in August but down on the 599 in September last year.

In Christchurch City, 361 new dwelling consents were issued in September, compared with 307 in August and 309 in September last year.

Consents were also up strongly in the capital with 193 new dwelling consents issued in the Wellington region in September compared with 118 in August and 98 in September last year.

In Auckland, the biggest fall occurred on the North Shore where the number of new consents dropped to 54 compared with 113 in August and 242 in July.

In Waitakere the number of consents dropped to 66 in September from 94 in August and 78 in July.

However the number of consents rose on the region's northern and southern edges, with 110 consents issued in Rodney compared with 78 in August and 92 in September last year.

See the charts below for the full regional breakdown of dwelling consents issued.

Very noticeable that the NZ total number of consents is still nowhere near the glory years of 2003-04, which saw 3.3-3.5K consents issued at their Twin Peaks.

So what changed around that time?

One sure thing:  Councils woke up to the expenditure possibilities inherent in the Four Well-beings (the 2002 LG Amendment Act or ELGAAAAH!).

Now, expenses take a while to ramp up, but absolutely decades to trim back.  So the Aughties, generalising wildly, were an era where TLA's dug themselves a funding hole, then cast around for Anything-But-Rates to fill it back in.

DC's, recoveries (particularly around consenting) and so on.

To the extent that these Other-Than-Rates revenue streams fed straight into plot and house build costs, house affordability went South as the TLA's total revenue went North.  And yet, as if by magic, Rates increases were comparatively modest.

So TLA pollies were saved from the consequences of their actions.

Until now:  the sound of wings thrashing the air as Pigeons come Home to Roost, is positivley deafening.....

But, hey, there's still Public Fireworks to pay for, so suck it up, young Awklanders, and pay them rates bills..

No prospect at all of enough homes bring built to keep up with record net migration levels combined with interest rates heading back to historically low levels means property likely to be the most lucrative investment over the next few years!

And when you slow down building activity existing house prices increase