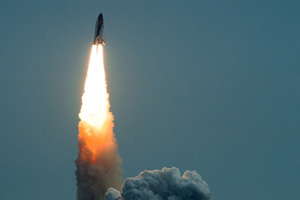 Auckland house prices are rocketing up. Image sourced from Shutterstock.com

The housing market was especially buoyant in December with 7,064 home sales going unconditional and prices setting a new record in Auckland, according to the Real Estate Institute of NZ.

Normally housing sales fall away dramatically in December as the market winds down for the summer break, but last month's sales were only 4.7% lower than they were in November and up 24.2% on the number of sales achieved in December 2013.

"The data for December shows very strong sales growth compared to 12 months ago and a much higher level of sales than we would normally expect for the final month of the year," outgoing REINZ chief executive Helen O'Sullivan said.

"The effect has been seen right across the country, with a number of regions seeing further increases in sales in December after a strong November.

"The normal December slow down hasn't really happened in 2014."

However a two tiered pricing market appears to be developing between Auckland and the rest of the country, with the median price in Auckland setting a new record but the national median dropping by $5,750 to $450,000 in December .

"Apart from Auckland, median prices across the country have moderated somewhat," O'Sullivan said.

"Even Canterbury, which has seen strong price growth during 2014 has seen its rate of price increase pull back to under 2% for the 12 months to December 2014."

The REINZ said Auckland accounted for 98% of the total increase in national median prices last year, with the rest of the country accounting for just 2%.

Median price increases throughout the region were in double digits apart from Rodney on the region's northern fringe, where they rose by 9.2%.

The biggest increase in the region was in the northern suburbs of Wellington City where the median price of $512,000 was up 13.8% on December 2013.

The only part of Wellington to record a slide in median price for the year was Lower Hutt where the median of $371,500 was down 5.7% on a year earlier.

To see the the median prices and REINZ's analysis for all regions, click on this link.

Just goes to show that whatever you throw at it you cannot hold a strong market back - LVR, CGT etc none of it works and now we have interest rates fixed for 3 years at 5.59% on offer and likely to go lower, a record net migration gain, petrol prices slumping etc, etc. Looks like property will be the main game in town in 2015!

20% yearly increase for Auckland Central.
That is 8% better than I speculatively speculated at the start of 2014.

People are really starting to believe in their mojo now. Blessed people living in remarkable times.

If this doesn't meet the definition of a bubble I'd love to know what would.

Hopefully they are being sold to foreigners so at least they finance the looming current account blow out vs more debt. How do we think we are going to pay for the 240,000 cars we imported last year ?

May even be a contributor to our congestion issues. Just nuts !

This is just insane & evidence of the bubble blowing even bigger.
So much money going down the drain into totally unproductive increases in land value.  No wonder NZ's productivity is poor.
The increases in housing supply proposed by the government will simply take too long to flow through into the market & the bubble will just blow even bigger.
The only way to control it in the short term is to manage demand by managing the rolling 12 month migration rate.  The government can easily do this by adjusting the number of points needed to get into the country & effectivley setting a quota.

The money goes into land value (housing in Auckland, Christchurch) because nothing else in New Zealand provides decent return.

In the recent past the government have made steps to damage or penalise housing and property, and seek to damage it more in order to make it less attractive.

However the fact remains, there are few reasonable places for average New Zealanders to invest.  (we'll ignore the lowest of the poor, because they wouldn't invest even if they had the funds and advice and opportunity)

I am based in the UK and was looking at housing prices the other day.
The average house price in Auckland is only £100k off the average London house price. Which is very hard to believe since NZ is a low wage economy. You cant move in London for rich Russians and French men at the moment.
New Zealand could be in for some very choppy times for the following reasons; commodity prices have topped in the cycle and will collapse from the top of the cycle and could bottom out for ten odd years like in 1919 through to 1932. There is 5 trillion in USD floating about the world that the FED has printed at cheap interest rate, I suspect that some has made its way to NZ and will not be so cheap when the USD rises. Many wealthy Chinese have been trying to get their money out of China because of the proerty bubble there and some of that has most probably turned up in NZ.
The economy will turn down this year and we will be in for about 5 years of deflation. When the markets get spooked big money always flee for safety mostly into US Gov bonds, this will cause the USD to rise and then all that cheap USD $ will not be looking so cheap.
This event will be larger and last longer than 2008. This is going to be a wipe out so get off the grid if you can. I am talking soveriegn defaults here, collapse of the Euro. Govt is short of money so your pension will not be safe or the money in your bank.
Think how the Roman Empire collapsed. Unfunded pensions for their standing army so they taxed people so much people just grabbed their pocessions and left their homes and they still tried to tax them for leaving. When countries get themselves to this stage they often start wars to.

But Jerry we have the best Reserve Bank Gov in the world - he will look after us. LOL!

It's not that different here.

This article has one large inaccuracy.  While house sales were higher than average they most certainly were not the 2nd highest ever.

Putting such a glaring factual inaccuracy in the title of your article is poor form.

It's your article Greg and therefore your heading, so if it's incorrect then surely it's your responsibility to correct it.  Just because REINZ (appear to deliberately) mislead readers, that's no excuse for you to continue this misinformation.

Keyser is right and REINZ have acknowledged they got it wrong. Thus we have corrected the headline. Cheers.

Very poor journalism - always check your sources, particularly when quoting from one as heavily compromised as REINZ.

That's a bit harsh - I would have done the same thing.  REINZ are - or are supposed to be - authoritative (especially since it is their own data!).  I hadn't realised the statement it was the 2nd highest ever came from them - so I suppose the poor form does rest with REINZ.  It's sorta  big thing to get wrong.

I used to follow the REINZ blandishments regularly 5-10 years ago, but it becomes obvious pretty quickly (by doing the simplest checking as you have) that they had/have a very obvious agenda to push and were (and clearly are) none too careful in letting the facts get in the way of their narrative. They get away with it because the level of fact checking by the average NZ journalist is p+ss poor, and because this 'authoritative' meme is allowed to persist. Accordingly I stand by my comment.

In the long run I never quite understood the motivation of REINZ spruiking house price mania for the extra commission vs. encouraging a healthy property market where we have higher turn over of houses and a greater number (albeit slightly smaller) of sales commissions.

Right now most mum and dad owner occupiers wouldn't dream of selling due to the fear of not being able to re-purchase and/or "the longer we hold on the richer we'll be" thinking.

REINZ should be encouraging a stable and reasonably priced market rather than the mess in Auckland where a good proportion of owner occupiers couldn't afford to buy their own home if they had to start over.

So, the national median price fell by $5,750. Deflating property values - but what we get is positive spin based on Auckland being stupid.

Spin IS the zeitgeist

Until we get so much that we stop believing it so it no longer works:

We may be close to that with NZ housing.

I gave up listening to the talking heads from behind the curtian years ago.
I saw the last recession coming way before the talking heads got involved. I saved myself about £1000 a month by switching mortgage products. When banks started offering 120% mortgages the issue was painted red with sirens and flippen bells ringing all over it.
No one seems to see this coming event either, Geroge Osbourne was spouting the UK could become wealther than the USA by 2030!!!  By October this year the world will be engulfed by an economic storm which will see a period of deflation for about five years with unemployment at about 25% or more. Imerging markets will collapse and there will be many soveriegn defaults. Govt will be very short of money and will help themselves to YOUR money. Dont get caught up in the gold trap either, gold is a hedge against bad government NOT inflation.
Folks need to realize that the longer term trend is that power is shifting to Asia, I give the USA another 15 years before in collapses if they keep acting the way they are. Like Rome it will fail because they spend too much on their mitlary (like Rome) and they have too many unfunded liabilities. FACTA are chasing people who want to transfer amounts of $3000 but remember what the talking heads say; they are only after the rich. Look what Hollande has done to the wealthy French, they have caused property prices in London to go through the roof because they have left Paris, it is also causing issues in Belgium.
This is the collapse of socialism. Too many takers, not enough makers.