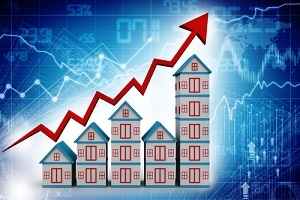 Auckland's largest real estate agency recorded what it described as an "unprecedented" level of sales activity in March.

Barfoot & Thompson sold 1597 homes last month, the highest number it has ever sold in a single month, while the average selling price hit a new all time high $776,729.

"March is always the most active month for property sales but there has never been a month's trading to compare with the past month", Barfoot & Thompson managing director Peter Thompson said.

"It has set a string of new records.

"The average sales price increased by 3.9% on that for February, pushing the average price to an all time high of $776,729.

"It is more than $17,000 higher than the previous record price set in December last year.

"A quarter of all homes sold in the month were for in excess of $1 million." These represented 43% of the value of all sales in the month.

So million dollar-plus sales now make up a bigger percentage of Barfoot's total sales than homes selling for less than $500,000.

Thompson said buyers were not being put off by the high prices and in the last two weeks of March the company was selling more than 400 homes a week, which was the highest two week trading period in the company's history.

"Buyers remain convinced that with a stable economy, low interest rates and restricted housing availability, that buying at current prices in manageable," he said.

"While sales activity in April is unlikely to match that for March, given the relatively good level of choice available, trading can be expected to remain relatively active," Thompson said.

Awesome. I can smell the money through my LCD screen.

With every NZ's major trading partners QEing and nil policy being implemented to limit all kinds of money flowing into NZ's residential property market, what would you expect?

And what happens when that money leaves?

"I'm not going to predict crashes or anything like that, but one day it will slow down and then there will be tears."

The housing news for all our children and grandchildren who one day will want to get onto the housing ladder just gets better and better. Us baby boomers and those born before 1990 or so have been very lucky by way of timing.

We accept there is a stock shortage and a boom in prices , but when the official stats come out its often a slightly  different picture to the general picture portrayed by the agents

(amateur hour analysis (and production) here I'm afraid - take from it what you will...)

Surprise surprise! I can confirm that in the following suburbs you cannot get anything decent (4 beds 2 baths with 500sqm+ land) for less than $2m now...

The increased volume - is it in line with previous years? I certainly felt more property coming on-stream locally. We've also had a couple of months of price falls from B&T previously and some negative stories in press (well, exception being the rebuttals in the Herald). Is this the beginning of a 10 year wave of boomer cash outs? I'm interested in what the preception of the market is amongst normal single house owning people.

You had the head of the property investors association saying most astute investors are leaving Auckland to the "Mom&Pop speculators".  Is the smart money staying on the sidelines and is it time for a retired couple to sell the mansion and buy that flash apartment? I think any sane retiree should be at least considering diversifying now if they have all their retirement plans tied up in one or two properties.

Youngsters should not despair. There will be a correction of easily 20, 30% some time in the not too distant future, or inflation will finally break through and wages will catch up with inflated real estate price tags.

Money printing is just a crappy idea that makes the rich even richer and prices out the not so rich. Eventually very disruptive to society and economy alike. One should have let the banks go belly up in 2008/09, then talented young people would have moved into productive industries, not bankstery or real estate and the banks would have been cut down to size. It is called capitalism. Our brand of global socialism will not work, just like central planning never does. Only a matter of time until it all hits the fan.

Seems like life is still great in landlord land...

Yip this is great news for all those who one day will look to get into the market. Those who are curently leaving school and getting into employment. It must be making some  think about leaving the country as no one seems to worrying about them here. National are asleep at the wheel. Too busy enjoying their overseas travel at our expense and watching all their own rentals increase in value. MP's have no incentive or desire to curtail house price growth as they generally are landlords themselves and some are rather large ones.

This is exactly the same as Australia, in particular Gold Coast in the early 90s when busload of Japanese bought everything they can with their yen.

Did that happen in New Zealand? and if so where? and what were they buying?

Read my lips...bubble, bubble bubble. I hope the NZ banking system is up to task to handle the future damage when loans go south.

NZ banks are not as leveraged as say the USA.   However if we have a x2 or more bubble that is potentially a huge drop that with leverage could be ikky.   The sellers of mortgages at banks are salesmen and get a bonus/paid when one is written and no job security (as far as I know) and dont tend to stick around due to the stress/effort to make a living?  I hate salesmen, bunch of assholes but then its sell or starve.   Totally frustrated with the lot I have to deal with (pick up their mess).

I have checked the leverage ratios of a number of US major banks and they all have lower leverage than any New Zealand bank we monitor.

Do you have an overall US bank industry number for leverage? Personally I would be surprised if it is higher than NZ, but then again, I don't know. Most major banks aren't however.

Update: Found this link which suggests the US "Financial" sector is just over 9x leveraged. That is lower than NZ's 12.2x.

Thank you David for the link. It did educate me. Actually, I thought the US banks on average would have a higher leverage ratio so this is indeed scary news that NZ banks have a much higher ratio AND there is no insurance on their deposits at a bank like there is in the US. If for whatever reason the Auckland real estate market goes south and people stop making their payments it would be a death knoll for NZ banks unless the Govt. stepped in to avert a complete meltdown of the NZ financial system. Have the RBNZ learnt nothing from the US housing crisis? They obviously did temporarily because RBNZ did offer temporary insurance for a couple of yeras there. Why take it away?

Remember that some very highly thought of banks in the US collapsed. Is there anything in place in NZ to prevent mainstream banks from destroying the financial lives of its depositors should a US style housing crisis occur. Is there anything in place to prevent chinese investors skipping the ditch if Auckland housing goes south and the Aussie bank owners turn their heads????????

Yes the RBNZ have learned IMHO, not Govn/political parties / general populace however that I can see.  Fiddling while Rome burns comes to mind.

a) we have a OBR mechanism, techically in such an event the shareholders, investors and depositors take the losses and not the tax payer.  Pigs might fly of course.

b) We dont know how much of a % loss it takes to trigger an OBR but it looks like a monolithic risk, ie if the banks all have the same leverage ratio and lending patterns they all risk going south at the same time.  ie no where to hide.

c) NZ depositors, no, banks refuse to take out such insurance a depositor therefore should take steps as they feel is required.

d) Chinese etc, nope, we are in a free market for housing.

Interesting, No I dont, I recall reading some info on US bank leverage being high.  Apples with apples of course, your NZ data is NZ banks specifically and mortgage leverage in particular? where 9x is a general 9x?  So really we need to know the mortgage leverage to know how much of a housing asset price drop makes them insolvent.  As a simple example a 10% drop in asset value with a 10:1 leverage means a bank is technically/legally insolvent.  So I assume with enough information as we know NZ is 12.2:1 as a starting point already we can derive a % drop for NZ houses that is a danger point and might trigger an OBR event, that could be 20% or 40% we dont know do we?  or does someone?

trying to compare apples with apples, some guidence would be interesting.

"Eight lenders, including JPMorgan Chase & Co. and Bank of America Corp., face greater restrictions on borrowing power than their overseas competitors as they meet a demand to hold capital equal to at least 5 percent of total assets. The rules approved yesterday to curtail financial-system risk surpass the 3 percent minimum set in a global agreement by the Basel Committee on Banking Supervision."

Are you sure they were from China?

No chance that they were from Japan? Korea?, Malaysia? Thailand? Philipines?

Or, perhaps, that they were born in NZ and have grown up as NZ citizens?

But more to the point, how the heck does "how someone looks" have anything to do with a property auction?