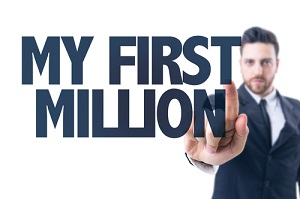 The average Auckland home is now worth more than $800,000 compared to the national average of $507,040, according to Quotable Value.

QV's Residential Value Index shows that the average value of homes in Auckland was $809,200 in April, up 14.9% compared to April last year.

However that was up 13.6% compared to April last year, which suggests average values in the district may not remain under the half million dollar mark for much longer.

The most expensive district in Auckland is the eastern suburbs within the former Auckland City Council boundaries, where the average value was $1,204,656 in April, up 15.5% compared to a year earlier.

The average annual increase in residential property values in Auckland ranged from 7.6% in north Rodney to 19.2% in the southern suburbs of the former Auckland City Council.

"Demand for new builds is still very high and is being fuelled by the LVR exemption for new construction, which means you don't need a 20% deposit to purchase these properties," Wilson said.

"Confidence in the apartment market is evident through the large number of new complexes being constructed across the city and buyers purchasing off the plans", he said.

QV national spokesperson Andrea Rush said with net migration at record levels and half of migrants expected to settle in Auckland, home values in the region were likely to remain high and keep rising through the year as demand continues to outstrip supply.

To see the average values in all parts of the country, click on the Link below to QV's report:

So at this rate there should be an average Auckland price of over 1m within 2 years.

It's all fun and games till someone loses an eye.

Only when the tide goes out do you discover who's been swimming naked.

Is the writing on the wall?

"A baited banker thus desponds,
From his own hand foresees his fall,
They have his soul, who have his bonds;
'Tis like the writing on the wall. "

During the drunken feast, Belshazzar uses the holy golden and silver vessels from Solomon's Temple to praise "the gods of gold and silver, brass, iron, wood, and stone." Soon afterwards, disembodied fingers appear and write on the wall of the royal palace the words: Mene, Mene, Teqel, Upharsin

And this is the writing that was inscribed: mina, mina, shekel, half-mina. This is the interpretation of the matter: mina, God has numbered the days of your kingdom and brought it to an end; shekel, you have been weighed on the scales and found wanting; half-mina, your kingdom is divided and given to the Medes and Persians. —Daniel 5:25–28

That very night King Belshazzar was slain, and Darius the Mede became King.

Is the writing on the wall?

Certainly seems so now that the fourth estate and an ex US Fed Chairman are at each other's throats. Read more

I felt like a million bucks when I woke up this morning. Now I know why.

A bit of flavour and some light reading

At the top of the page on interest.co.nz under the main menu bar is a link high-lighted in red "foreign buyers" lists the articles from the past

This one popped out to me.

Wonder how well they're doing reaching the target. Of course it's not going to help when new stock is being built at $800,000.

Nick Smith, much like the rest of the National government, is a muppet.

New stock in Chch can be had for $450k, and the difference between the new stock, and old stock is fantastic. Very nice housing, for a young couple starting a family. It doesn't include landscaping, but I think most guys like to have a project to work on.

What popped out at me, was that there doesn't seem to be any evidence that foreigners are actually buying massive amounts of housing. They are buying, but nothing major. I'd happily stop them buying regardless, but it looks to me like one finger is pointing at foreigners and 3 fingers are pointing back at kiwis. The other metric just recently released was average occupancy rates, which showed that there has been no significant change in the amount occupants per house in the last 15 years. Which blows the 'housing shortage' meme out of the water. What I would like to see is some real data showing that this is anything other then a speculative mania. The memes are controlling the dialogue, and they are not the real issues.

Very nice housing? Are you kidding?? I know builders and landscapers who work on new builds in Auckland and they say that there are P-heads, ex-cons and pretty much homeless guys making some of these new developments - they say the materials are shit, the handiwork worse and they're throwing them up as quickly as possible to make as much money as possible.

But that's the new New Zealand right? Opportunist to the core.

Good luck to those buying these places, they're going to have massive problems in 5-10 years apparently...

it was 30% gain not drop in house price. Someone got the sign wrong!

Shhhhhh......some of them don't know they can get income from investments!!

I can see Len rubbing his hands for more rates income..

thats why you rent them out and live somewhere cheaper, preferably with beach access.

Actually its not.
Remember when Matthew the Accountant posted his article?
He was claiming Straight Line returns of 22%...

That how things are in the Auckland Capital Gain market. You might make you 10%, or even hit a jackpot (which you might do anywhere). But to realise that gain you sell...and buy where? Back in Auckland, but you won't have realised any value on your investment, you might have saved yourself commission/exit-costs not to sell.

What make the big gains is the compounding effect - and reported figures YoY are always compounding, because they are on paper, and on paper you can go back 1, 5 , 50 years easy. You can't do that with a actual real investment.

If you compare it to stocks or other investment (especially small business), if your stock jumped 22% you'd be impressed.... but Matthew, like the paper numbers isn't dealing with annual return, he's dealing compound. So your stock jumps 8% in a year? That's not really that much, the exit price is lower, and whats better is the stock values are not linked (as opposed to "auckland hotspots") so you can exit one trade, buy into another low one, ride that up, or even wait for your original pony to drop back again...you can't do that with Auckland Prices becauzse it's environmental shift and the whole market rises and stays up... so as long as you don't want to see your profits, you can invest in auckland houses and be excited by your paper "returns"...but if you actually want a yield, you have to pick an exit point, or a investment strategy to turn that rise into dividend.

That's why small business is important. you can improve the system to make it work better, get a profit that pays for the process, get a wage, and get a dividend return... which is why NZ government taxes and puts compliance overheads on small business to kill them. Otherwise your housing "profit" would be a farce.

...I am bemused when they talk about the need to increase supply to stem the never ending climb in values. How would one ever supply enough when we have an open door policy re foreign investment in housing? How can increasing supply by a few thousand homes in Awk ever satisy the Asian tiger?

No economist in NZ says it's a bubble? Any bank economists or anyone from the Treasury or RBNZ?

They probably can only tell it is indeed a bubble after it bursts.

It should be obvious to a blind man, the higher it goes, the worse it will be.

Unusually for me I beg you to take a chill pill.

But the government can't see anything happening here and Len takes this as the ultimate vote of confidence in his "leadership".

average price is still a constant value, and the rate of change will still be within a bulls roar of median values.

Agreed. But QV hold the most comprehensive data set and could just as easily report the median which is way more meaningful for policy makers. Why not report that?

if you have the median you also really want the dataset size, and preferrably at least the size of the first SD.

DP. Oh this new CMS is near impossible to use on an iPad

The longer it goes the higher the % of house owners in auck that bought purely for cap gains... which means when the cap gains stop the higher the number of people who rush to sell at the same time... any hint of falling prices will see people panic to get cap gains realised, more selling, more falls, more panic, more selling... etc. Markets outside of auck have very low % of speculators due to perceived low/no cap gains and high yields that mean money is made without cap gains so they will not see this effect and will most likely enjoy watching auck prices fall back into line (with an overshoot lower).

depends who has been investing. If they're commercial investors, and not overleveraged/exposed, the panic selling on emotion occurs less.
And such investors, where they're not 656 fly by nighters (again over-exposed, and forced to sell/exposed on multiple fronts) tend to be a bit more educated on the effects and cycles, so are more willing to let a horseshoe nail bit of equity go to hold the kingdom portfolio.

My point was that due to the price to earnings in auck property over last 2 years, the only people who are investing are the fly by nighters. Fhbs are the most likely to hold and suffer the full scale of the price declines as the same speculators drivjng the market up start driving it down

agreed that an unsafe number of fly by nighters are in the market, they always are attracted to a quick buck, but there is no sign of prices being driven down, and still plenty of vulture money out there that will stop it happening even if the slide starts.