QV says the average value of homes in Auckland is now $896,676, but there are signs the market is slowing

QV says the average value of homes in Auckland is now $896,676, but there are signs the market is slowing 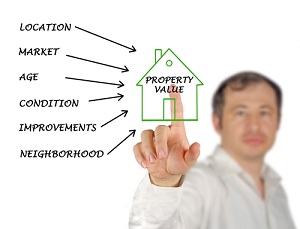 The national average dwelling value increased to $542,277 for the three months to September, up 4.2% over three months and up 12.6% for the year, according to Quotable Value (QV).

In Auckland the average dwelling value continues to head towards the million dollar mark, coming in at $896,676 for the three months to September, up 22.6% compared with year earlier, although QV said buyer demand was slowing in the region.

"Home values in many of the central and upper North Island centres have continued on the upward trend seen over the past few months," QV national spokesperson Andrea Rush said.

"Values are also rising in Taupo and Rotorua after a long period of being quite flat."

However the Wellington and Christchurch markets had been flat over the last three months, Rush said.

Within the Auckland region the biggest increases in housing values have occurred in south Auckland, with average values in Papakura increasing by 29.8% over the last year, closely followed by north west Manukau where values increased by 29.3%.

However QV said there were signs of a slowdown in Auckland.

Although average housing values were still rising in Auckland, there had been a slow down in buyer demand across the region and a higher percentage of properties were being passed in at auction to be sold by negotiation, QV's September report said.

"There has been some sort of a realisation among buyers that the prices are not affordable and there is time for them to do more homework before putting an offer in."

QV said the 12.6% annual national rise in values is the fastest rate since October 2007. National values are now 30.9% above the previous market peak of late 2007. When adjusted for inflation the September year nationwide annual increase drops to 12.3%, with values 11.8% above the 2007 peak.

To see QV's average dwelling values for all towns and districts throughout the country, click on the link below.

"Within the Auckland region the biggest increases in housing values have occurred in south Auckland, with average values in Papakura increasing by 29.8% over the last year, closely followed by north west Manukau where values increased by 29.3%.

This may soon change as the B&T south Auckland auctions held this week only achieved a 33% success rate under the hammer.

33% success rate of record high listings may still be a phenomenal number of sales. Also if prices are still rising, a low success rate may reflect unrealistic expectations of gain ( circa $120,000 in a year ) because of recent media articles claiming that it was possible. before prices fall meaningfully you'll see lower absolute volumes being sold ( as opposed to % ) while the sellers hold out for market rates and the buyers refuse to pay it.

Here's a summary of top 20 suburbs in Auckland:

Is it just me but it looks like QV are getting their results out a lot earlier than they used to. Is this because there is growing interest in what is going on in Auckland and neighbouring cities such as Hamilton. B and T and the REINZ are going to be interesting. Which one gives out the most accurate figures of where the market is at currently?

Without Question the REINZ stratified index is the most accurate and up to date of the 3.

That may be true, but they have withdrawn access to the data and put it behind a paywall. We have had to stop publishing anything related to it or making it available to our readers because it is no longer transparent. It is not "up to date" unless you are inside their tent.

Wheeler made reference to the index in a recent face to face with the press. I guess the RBNZ is getting the required material inputs to update the index model they constructed for REINZ. I asked an RBNZ officer to investigate if the data could be made public. I have yet to get a response.

I think the QV data is obtained from settled sales (possession date) so its actually 4-6 weeks older than the unconditional sales that B&T and REINZ report. So if you are wanting to know whats really going on B&T information comes out first, then REINZ a couple of weeks later and the QV data is about 4 more weeks after that for exactly the same houses that were sold.

B&T data is only B&T sales though. REINZ is everyone.

P-Lab Contamination...
Why do you think Govt are trying to offload them all...

The contagion is spreading.
First Auckland now the rest.
Learn all about unintended consequences.

"Hamilton beats Auckland's quarterly house price gain as boom spreads
New Zealand house values rose at their fastest annual pace in more than eight years, as demand for Auckland housing overflowed to nearby regions, with Hamilton prices jumping 9 percent over the past three months, according to Quotable Value.

National property values advanced 13 percent in the 12 months through September to an average $542,277, the state-owned agency said in a statement. Values in Auckland jumped 23 percent over the same period to $896,676, outpacing a 16 percent rise in the national average value for urban areas to $649,583.

BigDaddy (if that is really Olly), how many boom and busts have you seen?

I've seen this all before and I can feel the bust on the horizon, despite record low interest rates.

Why? Because at the inflated Auckland prices, housing is barely affordable at 4% interest rates let alone having to repay the principle.

Even if they return to 7%, blood will be on the wall.

I can see this all ending in tears in the not distant future, especially those in South Auckland who bought their first homes at $600,000 and then can't sell them for $350k. I've seen it all before. How the hell are we all so stupid to allow this sort of instability into our economic system? Especially punishing the vulnerable and gullible.

'Learn all about unintended consequences.'

To the ignorant, everything is an unintended consequence.

And I'm not talking about the coal face first home buyers, but by the pollies and those that make money from being conveniently ignorant.

And it is ignorance by design for as the saying goes, 'It is difficult for someone to understand something, when their income is dependent on them not understanding.'

The housing affordability problem is systemic throughout NZ and is managed by many who have become institutionalised within that system. They know no better and along with protecting their income of course, will defend it to the death.

All of NZ in an Auckland catastrophe in the making, given the right trigger.

Ham going at close to 40% p.a. Cripes. I thought Auckland was the only n.z city allowed cap gains?

It's a bit like the climate change crew who extrapolate tiny rises in sea levels to mean they are going to rise 1m in the next century - conveniently well after they are dead and certainly well after they have been paid for their half baked research. But alas, I digress.

Anyway I would certainly be willing to bet my hat that Hamilton won't increase 40% over the 12 months to June 2016.

Or 1 months under building as reported yesterday on this site

The rises are actually modeled and stand up extremely well, but dont let your ignorance get in the way of making a sound decision eh.

There are ups and downs just like property. The data just isn't accurate for long enough to predict a century into the future, with any certainty.

That is absolute rubbish, fairly simple math allows you to de-noise actual data and produce long term trends from historic records. Once you have that say at the earliest date of 1860, you just run your model(s) from that date against the actual known results and hey presto you have verification or not of the model(s). Rinse and repeat for other climate models and they are all coming out with good enough accuracy to a) predict the future and b) use in a risk management exercise to consider the response.

Can you explain why current temperatures are still way below those of the medieval warm period documented in the first ICCP report ?

I am unaware of any of the models that can predict the little ice age that followed.

How recent is QV's data? They are talking the market down but all the numbers show is an unmitigated disaster, absolute bubble mania.

That file you have embedded in the article
QV House Price Index 30SEP2015.xlsx
any chance you can convert it to an XLS file
Need the latest version of Microsoft Excel to view XLSX files

Try downloading libreoffice its free and should does open them.

All those years at uni and massive student loans that enable them such expertise to command million plus earnings finally paying off for them.. oh wait...

QV data is for sales that settled and new owners took possession in the three months to September. Many sales that took place in August and September will not settle until October. Expect to see even stronger percentage increases when QV release the data for the three month period to end of November due to the rampant buying activity that has taken place in the last 8 weeks. REINZ data is more up to date and Barfoots data for September will be best gauge of Auckland activity - should be released by Monday.

Auckland region or NZ and
What data?
Roughly when?