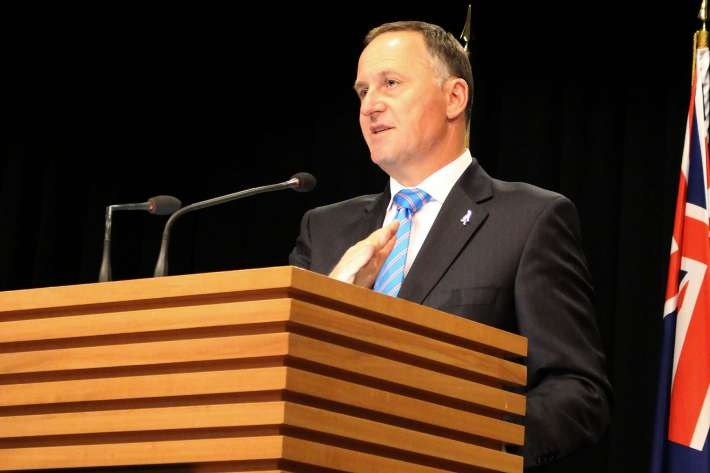 Prime Minister John Key has reiterated the Trans Pacific Partnership (TPP) agreed last week would still allow New Zealand to impose a special land tax or stamp duty on non-resident buyers of property, although he said it was not something the Government was actively considering.

Key suggested in July (see our earlier article here) that the Government could impose a land tax or stamp duty to try to control the demand pressures driving house price inflation over 20% in Auckland.

"I wouldn't say we were actively looking at that (a land tax or stamp duty on non-residents) today, but certainly TPP allows us, if we want to, to apply taxes  -- or costs would be a better term -- to non-residents," Key told his first post-cabinet news conference after the agreement of the TPP in Atlanta.

MFAT also said last week that revenue measures aimed at all non-residents would not be excluded from the TPP, although New Zealand could not ban property sales in future under the agreement -- a condition that would breach one of Labour's bottom lines for supporting the TPP. See our article here.

Key said Labour could, in theory, simply legislate to ban foreign purchases of land or property in contravention of the TPP and deal with any legal consequences. Key pointed to Australia's flouting of trade rules on apple imports from New Zealand over an 80 year period as an example.

"In the end, governments make their own call and it's up to others whether they want to go and challenge that," Key said.

"Technical people can go into all sorts of things. It just means that if someone wants to take a case against them and dispute that, they might have a much stronger argument," he said.

"I am not saying it's OK. I'm just saying, technically, any government can flout any free trade agreement rules that they set and there will be a process of arbitration of those if someone wants to take an arbitration case against them," he said.

"Whether they do or not, if you think about New Zealand and its issue with Australia about apples, that went on I think for 80-odd years. It took a hell of a long time before we ultimately took an arbitration case to the WTO, so you can take it but countries often don't for a long period of time."

Key repeated that he didn't think such bans worked.

"I wouldn't have thought that for the countries we are talking about involved in the TPP it's really the biggest issue that is driving our housing market. Frankly I don't think they are. If you look at Australia, where they have theoretically got a ban, it's been spectacularly unsuccessful, so in my view, if you really wanted to say that you thought the driving issue around your housing markets and escalation of prices was foreigners, then there would be many other ways you could deal with it which would be likely more successful," he said.

"Certainly the application of an ongoing land tax or whatever is far more likely to be a deterrent to someone than a ban, because there are lots of ways you can get around those bans."

There should be a property tax anyway given that it is a sector where most people find ways of avoiding tax.

errrr, how about the ag sector????

Staff at Facebook’s UK arm took home an average of more than £210,000 last year in pay and bonuses, while their employer paid just £4,327 in corporation tax.

Facebook made an accounting loss of £28.5m in Britain in 2014, after paying out more than £35m to its 362 staff in a share bonus scheme, according to the unit’s latest published accounts. Operating at a loss meant that Facebook was able to pay less than £5,000 in corporation tax to HM Revenue for the year.

The share scheme was worth an average of more than £96,000 for each member of staff. Once salaries were taken into account, a British employee of Facebook received more than £210,000 on average. Read more

Yes indeed - Tim Hunter who more than adequately used MSM grunt to expose these stories at Stuff is now behind a paywall at NBR - doing a good job I understand from a friend who subscribes.

So another Corporate didn't contribute much to the Ass-ange Police present presence to protect their loss making Corporate images.

Still what is a mere 20+ million to UK taxpayers to protect their stance.

Maybe crime is all relative. Is not waste of money a true crime for those in need?.

For some it pays to avoid taxes, by fiddling the books..

For some it pays to stand around one man, with an alternative truth-be-told stance about the whole process of the way we view things Govern mentally.

A weird World, anyway we look at it, plus view it. Facebook, the new way to view things. Strange eh.?

So, if and when NZ imposes a land tax on foreigners, it may also be sued ?
More money for the lawyers then...

Not sure an individual can sue? Also if these are laundering "dodgy money" going to a public court and raising IRD's interest hardly seems their way. So a major corporation maybe, yes except this seems to have been carved out?

JK's comment on Labour is hogwash, Labour does not need to float the TPPA, all Labour has to do is simply impose a 100% "tax" and make it un-economic.

"...so in my view, if you really wanted to say that you thought the driving issue around your housing markets and escalation of prices was foreigners, then there would be many other ways you could deal with it which would be likely more successful," he said.

Unbelievable. He is still in denial that foreigners are the driver. So if you 'thought' they are a driver then there are other ways...well every other bugga out there thinks they are, so how about getting on and introducing these 'other ways'?

obvious logical inevitable indisputable :-
when you have a government policy of attracting overseas immigrants - then you should simultaneously control the program to ensure the numbers allowed in is limited to no more than the building industry can provide new dwellings - by region - if you allow more in than the capacity of the residential building industry to do new-builds you are led to the obvious logical inevitable conclusion - migrants will push up prices - once the available free float of unoccupied houses are sold

It is not the Immigrants that should have been looked after, it is the people who are already here and sweated their socks off, but National lost them the plot, lost them huge amounts of money, Contracts and eventually their jobs.

Not a bad effort for a State Owned Enterprise that the poor taxpayers will now suffer again with, socially and otherwise.

I will not mention the West Coast fiasco. They have already suffered enough.

Further to my previous miner complaint.

Maybe there is a bigger picture evolving with our BFF .

Economies of scale..Another Miner problem, among many. Longmay... it last.

Well blow me... I may just point out, National .got nuffin on these people, go public, Oh shite, ..go broke instead.