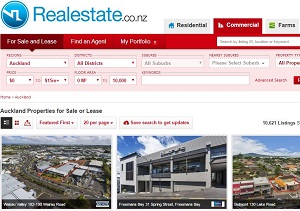 Commercial property investors started this year with more properties to choose from in Wellington and a bit of a mixed bag in Auckland and Canterbury.

The latest figures from Realestate.co.nz suggest Auckland developers would have been rubbing their hands with glee last month, with $83.8 million of commercial land being newly listed on the specialist property website in January, compared with just $28.4 million in January last year.

There was also a substantial increase in industrial land newly listed on the website in January. although the overall numbers were much smaller, with $4.2 million newly listed in January compared with just $1.2 million in January last year.

While that may have given developers plenty of tyres to kick, investors looking for other types of commercial property may find slimmer pickings.

Just $45.2  million of Auckland retail properties were newly listed on Realestate.co.nz in January compared with $86.6 million in January last year while the value of newly listed Auckland industrial buildings dropped from $123.2 million to $104.4 million and the office market moved sideways (see chart below).

New listings were up strongly for most commercial property classes in Wellington in January, with new listings of office, commercial land, industrial buildings and industrial land all running well ahead of the same time last year, although retail properties took a dip.

In Canterbury there was a huge jump in new listings of retail properties, with $10.5 million of retail premises newly listed for sale on Realestate.co.nz last month compared with just $1.6 million in January last year. 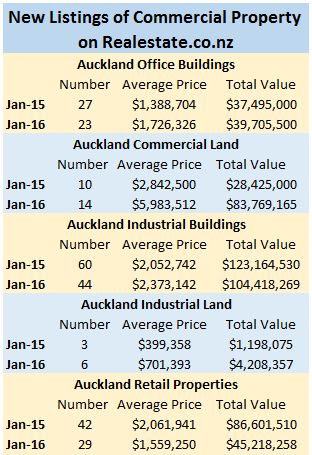 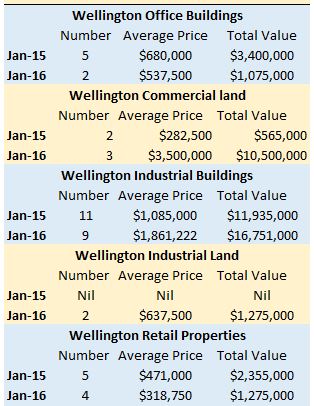 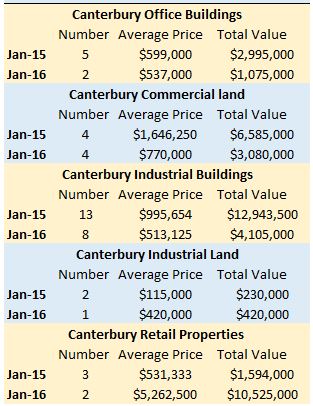 You can find almost all commercial property listed for sale throughout the country in our comprehensive nationwide listings which are searchable across any major type. Find this free resource here.