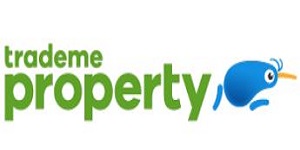 The asking prices of homes listed for sale on Trade Me Property are flattening out.

Although average asking prices of properties listed on the website in July were still well up on a year ago, the rate of increase has slowed considerably.

"In June we saw the market take its foot off the gas and in July it has coasted along," Trade Me's head of property Nigel Jeffries said.

"Since March this year it [ the national average asking price] has only risen by $18,000.

"It will be interesting to see whether this slow down is a pattern through to the end of the year."

"A year ago the average asking price in the City of Sales had lifted over $130,000 on the previous year," Jeffries said.

"It's still significant and up 13% over the year, but a far cry from the 20%-plus surge we saw this time last year."

Only five regions saw a monthly increase in the average asking price in July, with the biggest increases occurring in the Waikato and Bay of Plenty.

Jeffries said while pressure on prices was easing, it was too early to say it was at a turning point.

"We've seen some fairly modest rises and month-on-month falls in average asking prices in some regions, but we're not convinced that we're heading down the other side of the asking price hill just yet," he said.

"Sellers' expectations are pulling back slightly and we'll be watching the spring surge in listings with interest."

Greg.
Always interesting statistics from TradeMe regarding asking prices.
Hard to know how they arrive at the figures when so many properties never have an asking price.
That is Auction, negotiation etc.
The Christchurch prices asking prices that they come up with are as we know totally skewed by the many
"As is where is" property that is continually being sold.
The past few months there have been more coming through.
Keep up the good work!

TheMan2: Would you know, on average, how much an "as is where is" house sells compared to its CV, in percentage terms ?

Although many properties listed on Trade Me Property and other property websites will not display an asking price, an estimated price range is gathered at the time of listing. This is to enable potential buyers to search the website for properties by price range, ensuring each listing comes up in the appropriate price bracket. The average asking prices are gathered from that data. It's broad brush strokes stuff, but it will show a trend.

Yvil, No real rule of thumb compared to RV for "as is where is" property.
You can pay as little as 100k for a stuffed house in the lowest area price wise in Chch which allows for demo costs etc.
Recently paid in the 130s for a 3 bedroom with no insurance but easily fixed and altered so great buy and easily rented.
For 4 bed 2 bathroom in good areas anything from 300 to 500k or so depending on damage.
You can then pay a lot more for large houses in the poshest areas.
Some people are paying not a lot less than what they would be worth if they had insurance if not badly damaged.
A lot of the As is homes have only cosmetic damage and can be rented straight away giving returns over 10 per cent.

Looks like the fall in the oil price, and slow of oil exploration activity in taranaki have begun to filter through to taranaki house prices.

Interesting to note that Auckland most affordable areas have had a significant surge in sale numbers over the last couple months. And a large percentage of houses being resold withing the last 3 to 18 months...some being 3 times. Sale Prices have basically flattened over the last 4 months, except for those with larger sections... over 850 + sq m... and a handful going the 1 mil
New 'affordable' houses.. 200 to 400 sq m going for $780K to $900K
A 60s/ 70s 3 bed house renovated on 620 to 850 sq m between mid 50s thru mid 60K
renovated low to mid 50s