Donal Curtin wonders if some local industries are getting too concentrated and consumers getting too little choice, and asks if our competition authorities have become 'too blasé' about the impacts

Property
Donal Curtin wonders if some local industries are getting too concentrated and consumers getting too little choice, and asks if our competition authorities have become 'too blasé' about the impacts
27th Aug 16, 8:28am by Guest 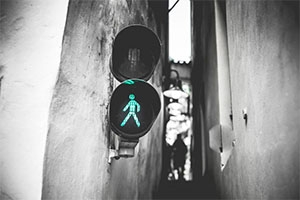 The proposed merger between NZME (formerly Wilson & Horton) and Fairfax’s New Zealand media operations has brought us squarely into the middle of a growing international issue: are industries getting too concentrated, with too few competitors? Are consumers being offered too little choice?  Have competition authorities been too lax in letting potentially anti-competitive mergers go through?

Earlier this year, for example, President Obama’s Council of Economic Advisers came out with a paper suggesting it could be a problem in the US. While there’s as yet no knock-out evidence, one academic commentator has said that “the growing anecdotal evidence from many industries and the persistence of high profits margins in the face of stagnant growth and growing inequality deserves serious consideration”. And if it’s an issue for the US, it’s even more of an issue for us, as many of our industries are already highly concentrated by international standards.

How could this be happening?

One possibility is that competition authorities have become too blasé about allowing fewer competitors. Once, many would have automatically jibbed at allowing a merger that reduced a market from five competitors to four, say, or four to three. But, often rightly, the number of competitors or their market shares can be overemphasised: you can easily have a cage-fighting duopoly, but a dozy oligopoly. The ‘tick the boxes’ approach to competitor numbers or market shares still plays some role, but agencies feel more able to entertain four to three, or three to two. In some unusual cases, even two to one has been okayed, as our Commerce Commission did last year in the wool-scouring business. A downside, however, is that the former count-the-numbers approach, while sometimes over-conservative, would have stopped you getting anywhere near a mistaken call on (say) three to two.

Another possibility is that competition agencies are finding a different balance between the risks they manage. They definitely don’t want to make the most obvious mistake – allowing a merger that leaves consumers with too little choice and a small number of suppliers gouging a market – but they’ve also got to avoid making the other one, which is not allowing a merger that would have been good for us all.

In that context, the Commission gets two kinds of merger applications. One is for “clearance”, where the parties say there is no impact on competition: the big current example is the proposed SkyTV/Vodafone merger. The other, which includes NZME/Fairfax, is for “authorisation”, where there is some acknowledged lessening of competition (in the Sunday and community newspaper markets and in online news, for example) but the harm done is claimed to be outweighed by other benefits. We want competition agencies to make the right call when there’s an overall trade-off that does indeed work for us, but the risk is that competition authorities will see benefits that aren’t there, whereas the detriments will be all too real.

Technology has played a part, too. In many industries, temporarily powerful incumbents can be swept away by technological innovations, and in modern ‘multi-sided platform’ sectors (social media, for example) the natural state of affairs can be a near-monopoly incumbent. It’s not inevitable – several credit card networks have continued to co-exist – but there tends to be less competition within a market, and more competition for the market. Competition authorities may consequently have become too relaxed about the potential for today’s big names to be overthrown tomorrow.

Authorities have also taken a less formalistic approach to what used to be called “barriers to entry”.  The focus these days is on how hard is it for new competitors to get into the game, and not on theoretical definitions of a “barrier”. More fluid, qualitative assessments of how easily competitors might challenge the merged entity make sense, but it’s also possible agencies might wrongly assume that more competition is possible than is actually the case.

All that said, it’s not completely one-way traffic towards easier merger approval. Authorities continue to be constrained by knowing that mistakes are irreversible – you can’t unscramble the omelette, as the saying goes, once companies have merged – and will err on the cautious side. And agencies still have stiff legal tests to meet. It’s helpful, from a consumer perspective, that our Commission must be “satisfied” (s67 of the Commerce Act) about the likely outcome. Merger applicants must clear a fairly high pro-consumer bar: “probably okay” won’t cut it. If you’d like to get a fuller feel for the law and economics involved, the key documents are the Commission’s Merger and Acquisition Guidelines (known as ‘Mags’) and its Authorisation Guidelines.

Every authorisation application that comes in the Commission’s door is inherently problematic: by definition they’re always borderline, and NZME/Fairfax is a fine example. It sits astride all these issues: two large platform companies with significant overlap, clear potential detriment (such as loss of diversity in news coverage), unclear public benefits, all in a sector with considerable technological innovation, dependent on very significant judgement calls. How it will play out is anyone’s guess, and we won’t know the Commission’s initial call until mid-March 2017 (a timescale that is itself a good indication of the complexity of the analysis involved).

Irrespective of the eventual outcome, there are some things we could do to make sure competition is working the way it ought for consumers.

One is to regularly take the pulse of competition in different markets. Inexplicably, the Commerce Commission is required to monitor and report on the state of competition in the telco sector, but is forbidden (by a questionable legal precedent) from investigating how competition is working out in other markets. This is policy incoherence writ large.

Another is to ensure that there are effective controls on any anti-competitive behaviour by a powerful incumbent. In many people’s opinion, including the Commerce Commission’s and mine, the law that polices stand-over tactics (s36 of the Commerce Act) is broken. If, by well-meaning merger clearance mistake, we’ve created any 600 pound gorillas, we don’t have a stun gun.

MBIE has been consulting on ‘market studies’ (the ability to investigate the state of competition) and whether s36 is fit for purpose. As it happens, the Aussies have concluded that their law, very similar to ours, needs fixing: it should be a no-brainer that ours, too, needs putting right. But both the market studies absurdity, and the inadequacy of s36, have been obvious for some time, and nothing’s happened. The omens for improvement are no better than fair.

And the Commission should continue to do follow-up studies on merger decisions (which is something it is allowed to do – go figure). They’re not easy, because you don’t know for sure what would have happened if the merger had been declined, but the Commission has been making a decent start.

For some, all these corporate manoeuvrings may seem to be a long way from everyday life.  Don’t believe it: effective competition matters to all of us, and to the poorer in particular, as recent research from Europe, for example, has shown. My conclusion on reading it was that “it stands to reason that the poorer will be worst hit by any anti-consumer development: they had the least choice to begin with”.

Donal Curtin is Managing Director of Auckland-based consultancy Economics New Zealand, specialising in competition, financial markets, and regulation. He spent 12 years on the Commerce Commission and was involved in a large number of competition issues. In earlier lives he has been chief economist for a major bank, monetary policy adviser to Parliament's Finance and Expenditure Committee, and chair of the Public Trust. This article was first published on AUT's Briefing Papers series. It is here with permission.

[ Deleted. Not relevant to the issue in this story. Ed]

Our Commerce Commission is effectively useless. The ACCC tends to provide a lot better protection of consumer rights and also seems to be a lot more effective and following up and enforcing its decisions.

The NZME and Fairfax merger is an absolute abomination. Even more so given Fairfax's deal with TVNZ for Video content. Won't be long until NZ has a sole Media outlet - then watch the propaganda they put out.