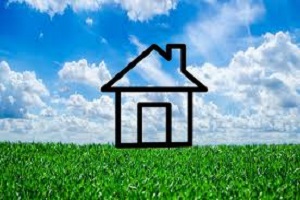 The new loan-to-value-ratio mortgage lending restrictions on residential investment properties may have started pulling back house prices in Auckland, but do not appear to be having any effect in the rest of the country where prices are continuing to rise strongly, according to interest.co.nz's regional Home Loan Affordability Reports for September.

The new mortgage lending restrictions introduced by the Reserve Bank officially kicked in on October 1, but most of the main banks had already been introducing them over the previous couple of months.

That has produced a small respite for first home buyers in Auckland, where the lower quartile selling price dropped from its all time high of $695,600 in August to $682,100 in September.

The Home Loan Affordability Report for Auckland estimates that the small drop in the lower quartile price combined with a minuscule fall in the average two year fixed mortgage rate would have reduced mortgage interest payments faced by a typical first home buying couple in Auckland by $16 a week to $705.60.

That would still have taken up 44.5% of a typical Auckland first home buying couple's take home pay, assuming they both worked full time and earned the median wage for 25-29 year olds. 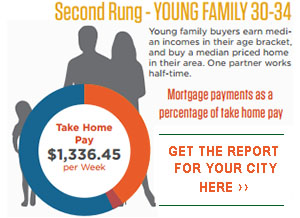 The only other region where affordability improved in September was Southland, where the lower quartile price dropped from 157,900 in August to $153,700, still well below the high of $165,300 achieved in February.

That means affordability in these regions is continuing to worsen for first home buyers but overall still remains within affordable levels, with mortgage payments on a lower quartile priced home taking up less than 40% of a typical first home buying couple's pay in each region.

Some of the strongest growth in the lower quartile price has occurred in Wellington, where it jumped from $361,800 in August to $392,500 in September.

That had a significant impact on affordability, with the mortgage payments on a lower quartile priced home estimated to take up 22.8% of a typical first home buying couple's pay, up from 20.79% in August.

The trends evident in the Home Loan Affordability report are consistent with patterns seen in interest.co.nz's  auction sales reports over the last few weeks, with investment apartments in Auckland becoming more difficult to sell.

That suggests investors may may be struggling to purchase investment properties in Auckland because of the requirement to provide 40% equity, and are instead looking for cheaper properties in the provinces, pushing up prices accordingly.

Many investors have also been buying for capital gains rather than the income stream residential properties can provide and may be avoiding the Auckland market if they feel the quick capital gains in the region may be slowing or coming to an end.

However, one month's set of of sales figures do not make a trend and the market is just at the very start of the summer selling season.

It is too soon to say whether the small drop in Auckland's lower quartile prices was the start of decline or the beginning of a flattening or even a small blip before they start heading back up again.

We will need at least another two months of sales for a trend to be evident.

Don't do it Simon, Palmy is the suicide capital of the world (http://www.stuff.co.nz/national/health/5518442/Palmerston-North-high-in-...).

All the youth in the city - always a few going Kurt Cobain on it.

And if you actually read the article you'd conclude ROTORUA is by a long way the suicide capital of the country on a per capita basis, with auckland taking out the absolute title

Not according to John Cleese.. He loves PN.
Beside PN is just a bigger version of Levin.. yes I lived in PN for 5 years back in late 1990s I know what the place is like!

Given that you post on nearly every article with nothing but Palmy-spruiking bluster, you sound far more like a person "talking their book" than anyone genuinely confident about the fundamentals of their argument.... almost like you're trying to convince yourself....

Throwing out my side to see if anyone wants to make a genuine attempt at a counter argument. So far a John Cleese reference and someone who lived there in the 90s! And another attacking the player not the game. Nothing worrying me there. Ill keep buying more.

Good advice is not welcome on these comment threads. Be gone with your glass half full attitude, we want doom and gloom!
(/Sarc - just in case autists misread this)

That's unlike you...I'm reading in disbelief!

Oh good grief... Give it a break, we all know you and doublegz (and vice versa) are the same person...

if LIR come in - cash positive rentals will be desirable.

Dont worry the Jafas are coming. 500k is a great house in palmy, good schools and lots of places to swim and ride a bike.

Stalling prices in Auckland and rising prices elsewhere is good news. As per your map, houses are still very affordable in the regions. Let's not forget that whilst the regions near Auckland have appreciated strongly in the last 12 months, they have been stagnant for years. Some regions further from Auckland are only just starting to appreciate slightly and that's a good thing

Yeah, well if they are affordable, now, leave them alone to people who want to buy to live in them, greedy "investors" have destroyed enough of the market.

Greg, what is "second rung buyer" in your map ? Thanks

All of the regional reports track affordability for three types of households. First Home buyers is one, and the "second rungers" are an older couple moving up the property ladder to buy their next home. If you follow any of the links in the article it will take you through to the full reports where you will be able to read all 3 profiles.

"Benefit" is a loose term. Children in Africa will benefit from being given the crumbs from a loaf of bread - but it's still just crumbs and not enough to be excited about.

The herd mentality has taken over the market .

Just wait until this housing boom goes pop , as it inevitably will ........... and the longer it takes the bigger the POP

The thing that will ensure a landing, is the slowdown in immigration between now and 2018 resulting in demand tapering off .

In the meantime everyone is borrowing their unearned equity ( my equity is supposedly 4 times what we paid for the house and is more than what we have earned from wages, interest and dividends combined over the past 7 years ) .

And its all tax free

How crazy is that ?

This market is surreal and out out touch with reality , and borrowing against this illusion of wealth is dangerous

Boatman why will immigration slow? Change of Government? Interested to know your thoughts.

So cash up. Sell now, before the correction. If you can see one coming and you have all this equity, why stay? Why place all that equity at risk?

Bay of Plenty, Waikato and Northland are all close enough to the same standard of living within the same climate.

The meat in the Sandwich is businesses, as every man and his dog, puts all their dosh into houses, not their mouths.

The markets cannot all be wrong,... can they?

Not the first, nor the last...in this Mad, Mad, World of ours, where we put all our money on the house, not the table.

We don't know what is going on, could be that first home buyers are deserting Auckland and moving to the regions.

It would be fine if that truly were the case, I fear it is not

There is a huge exodus of young families leaving Auckland at the moment I believe. Anecdotal evidence only at this stage but when you know several people doing it and keep hearing of others you know it's a trend. Will be interesting to see the numbers if anyone does research into domestic migration....?

I wondered that myself. I know plenty of people that are offski. I also have a feeling two of my colleagues will be gone in the near future. The 'get out of Auckland' broken record I keep hearing is definitely getting under the skin.

'get out of Auckland'?
As long as they are happy it should be a good thing for the provinces.

Auckland is a "province" or "region". Wellington is the Capital city, the rest of New Zealand is "the regions". Rising prices here are stupid, but not enough to prevent my daughter in Auckland leaving her nursing job now she has finished her Masters. Grade average 8.5, can't be bothered with high cost of housing and travel and culturally inappropriate immigrants. Auckland's loss, Wellington's gain.

What are "culturally inappropriate immigrants"

May be it's 'get rid of Auckland'?

I am one of those statistics. I will be moving my young family to Chch in the new year. I have a specialised international skillset that would be of more benefit to NZ if I worked for a larger company in Auckland. I am paid handsomely for my work in Auckland but even on this (plus my wife's above average income) there is no desirable avenue to home ownership.

The choice is stay in Auckland and buy in a bad area with average schooling far from town, work just to pay the mortgage and don't see much of the kids due to the commute or move, build a house to our own specifications in a good school area, have much more disposable income and a 10 minute commute. My projections also say that retirement will occur at 50 vs never in Auckland.

It is amazing how a change in buying power (people can't afford to buy and live in Auckland so they leave to the regions) and investors buying power is reduced (now thy need to have more deposit) and what happens....the number of property listings goes up from 1300 to 2000 in 2 months time.

Ban non resident buyers, tax multiple investment rental properties and the housing crisis will be gone in no time!

Jerry - haven't you read JK's memo to the sycophantic media?
Apparently this housing crisis has nothing to do with demand. We need to build, build, build - gotta feed the Ponzi monster.

As above, Auckland is a region. Just another region, albeit one with many problems. "Provinces" is an old school term.

We are in trouble when the lower quartile selling price of 700k is 14 times Auckland's median wage of 50k.

"That has produced a small respite for first home buyers in Auckland, where the lower quartile selling price dropped from its all time high of $695,600 in August to $682,100 in September."

The only way you can objectively see what is happening is if you display the % of buyers FHB versus Investors for the lower quartile homes.

This article seems to be MSM trying to talk down Auckland Property before the "Loan to Income tool " is announced.