Auckland's construction boom sees more cranes towering across the skyline than major cities in the US: RLB Crane Index

Auckland's construction boom sees more cranes towering across the skyline than major cities in the US: RLB Crane Index 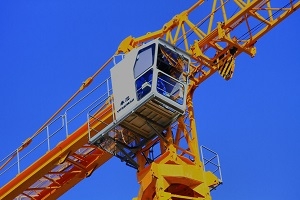 Auckland has trumped 11 major cities in the US for the number of cranes it has on its skyline, according to the latest RLB Crane Index.

According to the Index, 23 long term cranes have been erected in Auckland since the last survey six months ago, while six have been removed as projects have been completed, giving a net increase of 16 cranes (+36%).

"To confirm that Auckland construction is booming you need only glance across the city's vibrant skyline, where a record 64 cranes tell the story," Rider Levett Bucknall's Auckland director Chris Haines said.

After Auckland with 64 cranes, the next biggest construction hot spot in this country is Christchurch with 25, followed by Wellington (11), Queenstown (7), Hamilton (6) and Tauranga (4).

In Christchurch 20 cranes have been removed since the last survey in the first half of the year and another 15 have been erected, giving a net loss of five cranes, reflecting the gradual winding down of construction activity as the post earthquakes rebuilding work is steadily completed.

Further south in Dunedin the city's only crane was removed in the second half of the year, giving the city a crane free skyline.

The full RLB Crane Index report with regional data and summaries, is available by clicking on the following link:

The latest RLB Crane Reports for Sydney show there were 305 cranes active there at the end of September 2016, and 128 in Melbourne. Brisbane had 95 and Adelaide 15.

Sounds to me like "suppy" is on its way

Thank God! Sadly looks like Wellington is going to need a few.

Looking at the figures 36% is for residential the rest is for infrastructure and commercial property. Auckland has a much higher residential figure of 59%. There is no doubt we need many more flats to be build centrally to reduce the congestion. I'm still waiting for the Melbourne and Sydney apartment market to topple as the red lights have been there for a year or more.

When I go to Asia I am always amazed how even the wealthy like to live in apartment blocks.

And when I moved to NZ, I was utterly amazed at how few people live in semi-detached or terrace houses, let alone apartments.

I am currently living in the first detached house of my adult life!

Yeah, what you're referring to *was* the kiwi lifestyle.

Our ancestors lifestyle was to live in caves. Fortunately lifestyle gets adapted to reality, and not the other way around.
One cannot expect indefinite city sprawl and at the same time expect to have a liveable and efficient city and claim to be "green" while invading more and more natural space and destroying productive land. It sounds to me that many want to live in a village but don't want to move out from a big city.

How about we give people different options? Kiwi lifestyle is very much alive in rural areas which, by the way, are getting emptier because young people prefer something else.

Some people haven't worked it out yet. Auckland property is about increasing housing density. Auckland has some of the lowest density housing globally (for a city over 1m) . It is part of a natural evolution of a city.

One of the criticism's levelled at Auckland is the sprawl and lack of easy transportation.

Unfortunately we have Auckland City Council to thank for a glacial slow progress to intensification. Their unique policy to place new suburbs miles and miles away from the city boundary means we are trapped in this continual car heavy sprawl growth pattern.

yes,we used to laugh at the houses in coronation street and now we are paying a million dollars to live in them in auckland.

Well, I had no choice about coming really. We have two kids, my spouse is a Kiwi, I have no family but my spouse has loads. And separating the Kiwi grandparents from their grandkids just seemed cruel every year there were tears for weeks after every visit. Got to put family first really.
Saying that we do pay $830 rent a week for the privilege of our detached house, so the lifestyle doesn't exactly come cheap.