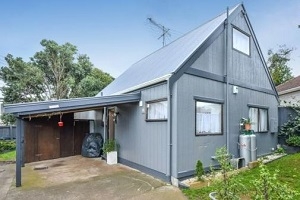 A new homeshare investment scheme promoted by The Ownery as a way of helping people save for their first home did not find widespread support, with less than a quarter of the shares offered in the scheme being taken up by investors.

The Ownery's plan was to set up a series of holding companies that would each purchase a single residential investment property that would then be rented out.

All of the money required to purchase the property and to cover the scheme's set up costs would be raised by offering shares in the company to the public, with the minimum investment being just $500.

The idea was that people saving to buy a home could buy shares in the company and the value of those shares would rise or fall in value along with the value of the house the company owned, as an alternative to bank deposits in a low interest rate environment.

However the first such scheme, set up as HouseShare Company One Ltd to acquire a house in the Auckland suburb of Ellerslie, did not attract widespread support and less than a quarter of the shares were issued to investors, with the remaining shares issued to The Ownery's co-founder and sole director Kurt Settle as part of an underwriting agreement with the scheme.

That raises doubts about whether there is sufficient demand from the public to allow more of such schemes to be developed and whether it would be possible to develop a viable secondary market for the resale of shares in such schemes.

However The Ownery co-founder and chief executive Paul Jacobs said the low take up of shares in the first HouseShare scheme was not a surprise and the company was still looking at promoting a second HouseShare scheme in the new year.

"The reason we had underwriting was that we knew weren't going to fully fund a house," he said.

When asked if the timing of the the first offer, which came just as the Auckland housing market showed signs of cooling, may have influenced the cautious response from investors, Jacobs suggested media coverage of the housing market was a factor.

"Well the media's doing the best they can to create headlines, but if you read information other than what's been published to sell advertising, there are different opinions," he said.

"But the media always has an effect on what people do.

"The media has a lot of power, there's no doubt about that," he said.

However another reason that investors may be cautious about such schemes is that they have relatively high set up costs, which must be borne by the investors themselves.

The Ellerslie property acquired by HouseShare Company One was purchased for $780,000 but the amount raised from investors $812,675.

On top of that The Ownery charges investors a one-off fee called an Application Transaction Fee of 5.18% of the amount they invested, so the total cost to investors in the scheme is $859,810, which is $79,810 more than the property was purchased for.

That means that if the property was sold at the same price it was purchased for and the scheme was wound up, there would be a significant shortfall in the amount of money that would be returned to investors.

Allowing for selling expenses such as real estate agent's commission, legal costs and company liquidation costs would increase the shortfall even further. According to interest.co.nz's calculations, the Ellerslie house would probably have to sell for around $110,000 more than it was purchased for before a sale would generate sufficient free cash to repay investors the full $859,810 cost of participating in the scheme.

Jacobs did not dispute those figures when they were put to him.

"This is a new approach to ownership in New Zealand and there are many valid questions to be answered and improvements to be made along the way," he said.

"If someone buys a property on the open market and sells it the next day they will be out of pocket by the procurement costs and sale costs.

"Although we can help owners manage these risks by building up their stake in the property market across many HouseShare offers, we can not protect them from intrinsic risks associated with the underlying property market," he said.

That was never going to work

Its a ridiculous idea with high fees, dubious marketing and a whole host of other issues IMHO.

I agree. It is very difficult not to be cynical!

There are about 7 of these properties in Hart Road Tamahere!

This house is one ....no comment. Just view all Hart on Trademe. See for yourself....

There are two more on Gordonton Road, between Thomas Rd and the Wairere Dr roundabout. One has been on the market since it was completed but I haven't been able to find an advert for it, it has a Lugtons sign on it. They are almost identical, same builder as those Tamahere houses, look like two house plans jammed together, and obviously have little appeal

Looks like it'd be ideal if you wanted to start a cult.

The fee structure is the biggest turn-off. Investors start well behind the eight ball from the get go. If Auckland values stay stagnant for any great length of time, or god forbid decline, the investors will be waiting a very very long time before seeing returns, if any. The idea may have seen better uptake if it was released 24 months ago.

A scheme that adds another layer of fees to the Banks, REA, lawyers, brokers, etc. There are some noted truths in the article that are often glossed over, Anyone buying a home needs it to appreciate about 5% before they start to profit due to the aforementioned costs but this scheme just exacerbates this.