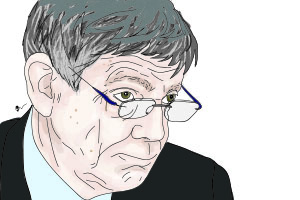 A planned meeting between the Reserve Bank Governor and the Finance Minister to discuss debt-to-income ratios has been cancelled, probably scuppering any lingering hopes the central bank had of getting the sign-off to install DTIs into its macro-prudential toolkit before the end of the year.

And with any discussions between the RBNZ and the Government on DTIs now unlikely to take place before the end of the summer break, the chances of the RBNZ getting any agreement for DTIs before the election start to look slim.

The pre-Christmas meeting between the RBNZ and the Finance Minister, the existence of which was perhaps surprisingly revealed by RBNZ Governor Graeme Wheeler at a media conference on November 30, was a victim of the Government reshuffle, which has seen Finance Minister Bill English move up to Prime Minister.

The Reserve Bank confirmed that its meeting with the Finance Minister had been cancelled and that as of now it doesn't have a new scheduled date for such a meeting.

This will be a blow to the RBNZ, which has appeared increasingly keen to get approval in principle to add DTIs as soon as possible to the macro-prudential tools, even to the point of Wheeler stressing - effectively promising - that the central bank would not use the tool "at this time".

Wheeler's revelation at the end of last month that he was to - in about two weeks from then - have another meeting with Bill English, came amid increasing signs that the Government was pushing back against having DTIs added to the list of macro-prudential tools.

With the RBNZ's new 40% deposit rules for housing investors seemingly having some impact in slowing the housing market, the Government has seemed keen to take a wait-and-see attitude before agreeing to allowing more macro-prudential tools.

And with a new Prime Minister and Finance Minister to be bedded in, the Government will have a ready excuse for further delaying any green-lighting of DTIs. With a Budget to pull together in May, and then an election possibly in September, it all means the RBNZ's last chance of getting DTIs made available to it before 2018 might now have gone.

This won't be a problem if the recent extension of LVRs through the 40% deposit rule continues to slow the housing market.

If the housing market, however, does pick up again in the early months of next year - much as happened this year following the short-term impact of investor LVR rules specific to Auckland - then the RBNZ could be left short on firepower to tackle the issue, much as it was early this year.

The macro-prudential toolkit was signed off on by English as Finance Minister in 2013.

The RBNZ now appears to clearly regret not getting DTIs inserted as one of the tools then. However, for whatever reason, it did not appear to give serious thought to including DTIs at that time.

"The Reserve Bank agrees that debt servicing is an important factor in assessing borrower vulnerability and we would not rule out the possibility of incorporating a debt servicing ratio restriction as part of the macro-prudential policy toolkit in the future," the bank said in response at that time.

All DTI will do is restrict new people from buying homes.

Even if people renting saved the 20 per cent deposit most would be unable to borrow from the Banks in Auckland if the ratio was below 6 or 7.

It would definitely hinder most investors as well from getting additional finance but I can't see it being able to be applied to investors in its entirety.

I don't think so. But it will have the benefit that people don't get loaded up with a huge mortgage, so if interest rates rise a lot, they can continue to service it. I believe that is what they are designed to do, so people don't spend more than they can afford to service longer term.
It will likely have the effect of bringing house prices down too, as houses are only worth what someone will be prepared to pay for it. If noone can afford to pay a million dollars, but can afford to pay 600k , then the market will correct itself to the new level. The problem is all those people who essentially overpaid in the last few years. But that is always a risk for anyone buying, and it only becomes a problem if they have more than one house and wanting to release capital, or are exiting the market to try and make a profit. Otherwise they are just buying and selling in the same market.
But what it does do is tie house prices to wages, which is a good thing. If wages increase, then so do house prices, which is how it should work. Cheap credit and overseas people investing in the market, has wildly distorted the market, so some form of restriction on that is also needed.

Also if investors could get 8% in a bank account, and capital gains were minimal, which can be the result of these types of restrictions, many would move their money out of housing, and into more productive investments for NZ.

But I can't see it happening, because far too many people and voter have self interests in housing, and house prices continuing to rise. Any party that even talks about capital gains tax for example isn't popular, even though it is a fair and simple tax if it is applied across all houses. It only applies to the profit, like any investment, and your property is an investment, even if you are living in it. If it wasn't an investment, then banks wouldn't lend on it.

Agree with Rob's response. Yes the DTI would initially affect FHBs but even more so investors based on RBNZ figures. Net effect is that assuming cashed-up offshore buyers are not a material part of the market (hmmm...) then all prices will have to fall to that which is affordable since no one will be able to borrow to the extent that current prices require. This would be great for FHBs! I was one of the submitters proposing DTIs rather than LVRs - am at a loss why this was not considered seriously but guess the RBNZ was heavily lobbied by the banks - it would stop their profit growth in its tracks and potentially damage their balance sheets. And yes, I see already they are ready to argue against them now..

I think the problem is that they don't want to make changes that have a sudden effect on the market. But then again, inaction and slow moving responses, while letting the bubble get so big is what caused the problem. The market has the potential to burst in several ways. Banks are going to end up with people owning more than their house is worth in a DTI ratio world. I would have thought though that they would want to control this with DTI ratios, rather than the bubble bursting from external influences such as a GFC. I think part of the problem is that they are just looking at single influences on the market, but the bubble has been caused by many different influences, including the lack of competition in the building materials market in NZ, which makes building in NZ very expensive. The same building materials in the USA and even Oz can be far cheaper.

No Will so No Way. Change of leadership but not the policy. Any solution will start after election.

Only advantage is that will have early election.

Aucklands already falling dti would only come in if auckland kicked off again. Wheeler us on record saying regions with price to incomes generally around half that of auckland are not of anywhere near the same concern as auckland.

RBNZ can achieve much of what the DTI limit would do by further reducing LVRs.
At a rental yield of 5%, a reduced LVR limit for "investors" of 30% (from 60% currently) would have the same effect as a DTI limit of 6.

Aren't yields in Auckland far below 5%? In which case the DTI would achieve a lot more than fiddling with LVR's.

From what I see DTI is already in place in a de-facto way. The banks are already much stricter now than, say, 6 years ago. I know people who've been in recently and looked for a top up mortgage to buy a newer home, and it's not about the value of the property or their equity, it's about their income.

Would agree with bw - I belong to some other property investor forums and almost without exception the feedback is banks are crunching existing customers who are looking to expand or re-finance and its all about serviceability.....wonder how long it will last OR what do they see in the future that we don't know yet ;)

Although shouldn't have been occurring previously? But I guess if one bank makes it difficult to borrow, another bank will make it easier, so banks will end up losing business if they make it too difficult. It is far better IMO to regulate it centrally, so all banks have to do it.

Exactly as per above "New leader same delays"

No politician would allow DTIs in an election year. They could do the right thing or they could kick the can down the road and cripple the country's future.
It's an easy choice for them - delay and paper over the stinking cesspool that a future generation will have to live in (the same generation whose retirement plans they're about to postpone).

This is the big problem with the short 3 year election cycle. Almost an entire year is wasted on campaigning and not rocking the boat. I would be more for them having elections every 4 years.

Agreed 4 years would be more sensible