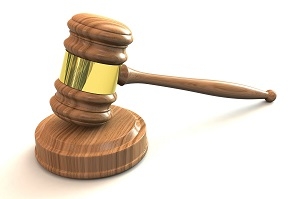 The fines relate to charges brought against the head offices of the agencies by the Commerce Commission for breaches of the Commerce Act, which the companies admitted.

The charges related to the way the agencies responded to changes Trade Me made to the way it charges for property advertising on the website.

Trade Me moved from a subscription-based pricing model to a per-listing fee, which resulted in higher costs for the agencies listing properties on the website.

The Commission said the agencies formed a national agreement on how to respond to Trade Me's moves at a meeting of Property Page, which is owned by Barfoot & Thompson, Harcourts, LJ Hooker, Ray White and Bayleys, and which in turn owns Realestate.co.nz which is a competitor to Trade Me.

They agreed that they would pass on all the costs of listing on Trade Me to vendors who wanted their properties listed on the site.

"The agreement removed the risk of agencies competing in relation to the Trade Me charges, thereby exposing vendors to harm," the Commerce Commission said.

In his judgment Justice Paul Heath said the real estate agent parties to the agreement were the largest and most influential in the country and controlled a significant share of the real estate market.

The agreement had been entered into by staff at the highest levels of the agencies concerned, and it had the potential to affect a large number of transactions undertaken by ordinary New Zealanders when buying and selling houses, the judgment said.

serves those agents right. Bloody collusion at its worst.

Trade Me Property offers an amazing service and for $400 bucks does almost as much as an agent who charges you anywhere from $20,000 for the cheapest Auckland house.

Agents just can't help themselves getting into trouble and the public's "respect" and "trust" for them is at an all time low. Can't wait until technology takes over the industry and they're gone for good.

The agents will not be too bothered as their Professional Indemnity Insurers would surely have covered the cost of these fines.

I very much doubt this would be covered by their Professional Indemnity Insurance - this is a deliberate act - not a mistake.

Just the "TIP OF THE ICEBERG" of what these five major real estate agents have been getting up to, has and well cost this country.

I dont think you can get PI Cover for collusion .

I wonder what Judge Heath would say about the collusive practices in the dairy industry , where the price of milk at the gate paid to the farmer is 12 cents a litre and then is sold to us at almost exactly $2.11 per litre for every brand at every supermarket ?

It smacks of collusion

On current Fonterra predicted milk price payout of $6 we will be receiving 54cents a litre Boatman. It depends on fat/protein ratio. I'm interested to know how you arrived at 12c/litre for farmers.

Can anyone explain the value-added that realtors bring in the internet age? Information is cheap.

information might be cheap, but what about the spruiking, puffery, hype, and ballyhoo?

I'm with the agents on this one. trademe tripled the price of their advertising and as a group the agents agreed that they wouldn't provide to their clients free trademe advertising anymore. Their website is superior to the trademe site and costs them almost nothing.
Joe public is just in the habit of using trademe. The agents weren't impressed at trademes treatment of them and responded as a group. The public stood to gain.
Have a think about it, trade me charges $400 to advertise a house which is 99% profit for trademe.
It costs the agents a couple of $$ to do the same advertisement on realestate.co and they can have as many photos as they want. (trademe allows maximum of 20 photos)

As for questioning the need to use an agent? you don't have to, Do it your self, but don't rip them off by asking for an appraisal.
Pay for a professional valuation and pay your solicitor to draw up the contracts.
As a purchaser I prefer to have an agent involved. They aren't allowed to bullshit and risk up to $100,000 fines if they do. What protection do you have from a private vendor bullshitting? almost nothing.
I definitely avoid private sales as a purchaser, but on the same note I avoid auctions as well. If i'm purchasing I want to tie the property up in a contract before spending my money doing due diligence. (builders reports etc).

Plus where are they going to get that nine million from? The punter, you and me, will end up paying for this eventually.