Auckland and Waikato housing markets show signs of cooling as new listings on Realestate.co.nz rise while asking prices fall, but there's still plenty of heat around the rest of the country

Property
Auckland and Waikato housing markets show signs of cooling as new listings on Realestate.co.nz rise while asking prices fall, but there's still plenty of heat around the rest of the country 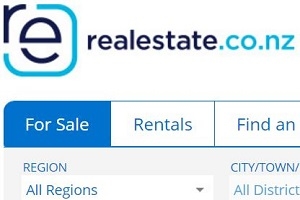 The latest figures from Realestate.co.nz provide further evidence that the residential property market is cooling in Auckland and Waikato but remaining buoyant in most other parts of the country.

The number of residential properties in both regions that are being newly listed for sale on the website is increasing while their average asking prices are decreasing.

That suggests buyers in Auckland and Waikato have more homes to choose from and sellers may be responding by reducing their price expectations.

There were 2389 Auckland residential properties newly listed for sale on the website in January, which was up 5.5% compared to January last year.

It was the third month in row that the number of new listings in Auckland has been higher than the same month a year earlier.

Over the same period the average asking price of Auckland homes newly listed for sale on the website has been falling.

Those figures suggest that the Auckland market started cooling in the fourth quarter of last year and that is continuing through the beginning of this year.

However average asking prices for newly listed properties show a more consistent downward trend, peaking at $525,980 in November and then declining $480,493 in January which was the lowest it has been since August.

Recent sales results from the Real Estate Institute of New Zealand and the latest valuation report from QV also point to a cooling of the Auckland and Waikato markets.

However the figures are more mixed around the rest of the country.

They suggest the Bay of Plenty, Hawke's Bay, Taranaki, Wellington and Otago are still in boom mode, with the number of new January listings in all five regions well down on a year earlier, while average asking prices were continuing to rise.

In Canterbury new listings and prices were both on the up.

However sales activity is traditionally slow over December and January and Realestate.co.nz chief executive Brendon Skipper said next month’s figures should provide a clearer indication of market trends.

See the chart below for Realestate.co.nz's latest new listing numbers from around the country. 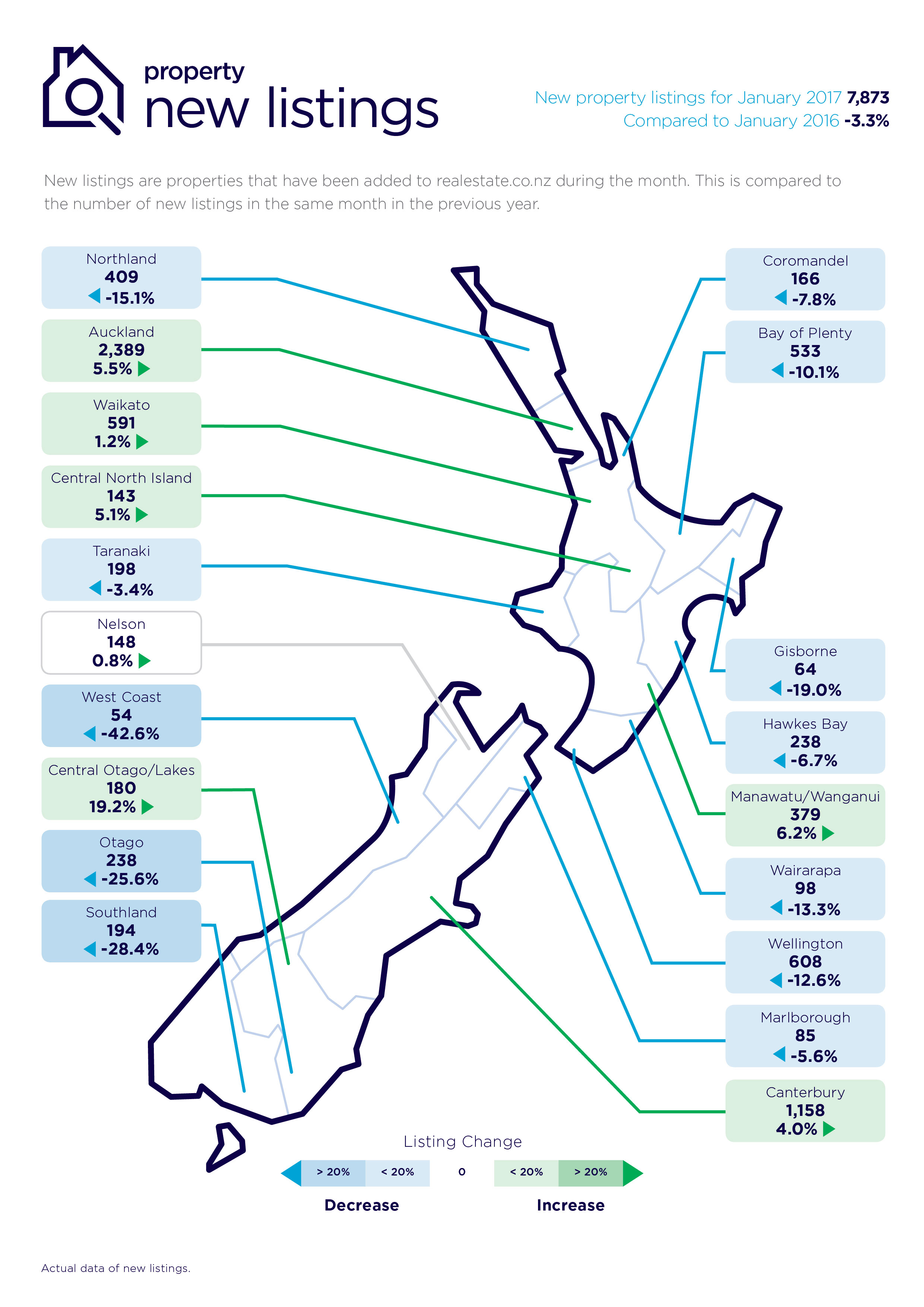 No one own Auckland property on this website ? Thankful its not a national religion.

Nope. Don't just look at the Auckland new listings, look at Christchurch. As work in Christchurch winds down financial issues are coming out of the woodwork.

e: Also look at the type of deals you can get in Auckland. Just ignore the staircase, design problems and who knows what documentation there is.
http://www.trademe.co.nz/property/residential-property-for-sale/auction…

I suspect the problems originate from someone unable to read the drawings. There are a surprising number of contractors who don't.

Well it's time to hunker down and wait for prices to bottom out. That could take quite some time. : /

What about the regions though, those are still going up some horribly so.

They'll ease off once people realize that main cities like Auckland are dropping in price, since the pressure is off from Foreign Buyers as they simple can't get their money together anymore.

Is this the tipping point or stock listed simply returning to its normal levels?

People are leaving Auckland and the regions are capably building homes.

Which means that prices in the regions will rise to approximate the price of a new built home, which is generally higher than old stock.