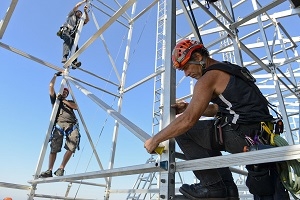 It was the lowest number of dwelling consents issued in a month since January last year.

The decline in consents in December was caused by a drop in the number of all dwelling types - standalone houses, apartments, retirement village units and townhouses.

Around the country, major declines occurred in Auckland where 740 new consents were issued in December, compared with 1156 in November and 947 in December 2015.

Shortage of homes continues to worsen

The figures provide little relief for struggling home buyers in the overheated Auckland market where surging migration-driven population growth means the demand for housing continues to outstrip supply by a considerable margin and the shortage of homes continues to worsen.

For the year ended December, the total value of residential consents issued, including those for structural alteration work to existing homes, was $12.53 billion, up 19.1% compared to 2015.

The total value of non-residential consents issued last year was $6.02 billion which was up 1.7% compared to 2015.

See the chart below for the residential consent figures and trends in each region:

Is there anyone out there that thinks the housing market is actually functioning correctly or even at all? It is time that we got the market working. This means we need to scrap most of the density controls in Auckland, reduced migration (get rid of the student rort is a good place to start), and the government needs to massively build to get he market back into some order. DTI's and LVRs don't reduce the need for people's housing but reduces the ability - we have a housing shortage.

Auckland's market would work better if it wasn't full of whingers. I think the design of the new site looks pretty cool and they are sabotaging what looks like a badly needed retirement facility.

I agree - looks alright. We actually need more of the mid-rise through out the city if we are ever going to have any chance of making housing affordable.

What we need is a larger exit door. At the airport.

Problem is you have NIMBYs telling young Kiwis they need to give up the idea of a Kiwi quarter acre section and live in more intensified situations, then resisting that very same intensification.

There also needs to be thought, time and effort put into training young people to build these houses/buildings. We are at absolute skilled labour capacity in the building market in my opinion. .

No surprise here, cut down investors portfolio leverage to 40% LVRs and you stop credit. Stop credit and then stuff can't get done

Then we can stop the economy all together

Have updated with video of ACT's David Seymour asking Steven Joyce about NZ construction and building consents at Question Time in Parliament today.

He notes consents per 1000 heads of population have decreased since the 1970s.

ahh election year, the only year ACT are allowed to ask there own questions and to take the government to account

while occupants per dwelling falls...

Steven Joyce said yesterday that NZ was going through its biggest boom in housing development in its history.... where is the media calling him out on that?

They won't - too busy sniggering at Trump, to address, our own government of alternative facts right here.

I stand firm with what I wrote for this website several weeks ago. The only way we'll see an uplift in market led housing activity is enabling ex- urban cluster housing throughout the Auckland region, where development can be feasible. I also stand firm on my article for NBR last April where I called for a review on migration and foreign investment settings - well before any mainstream discussion. And change tax settings.
The issue is easy to resolve - the problem is political apathy / pandering to vested interests....
And the govt needs to build a lot more houses.

While we get that up and running we need to slow down demand -immigration, foreign buyers etc.

I made my argument for greater for removing restrictions on building within the city, in places where demand is high here. https://medium.com/@brendon_harre/what-is-the-secret-to-tokyos-affordab…