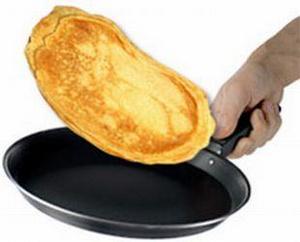 The Real Estate Agents Authority (REAA) says it is looking to become more proactive in investigating cases where its licensees might have committed wrong doing, including when they may have been involved in house ‘flipping’ situations.

Appearing before Parliament’s Commerce Committee for the first time since being set up, REAA chairman John Auld said the REAA was already trying out certain investigation initiatives. These included reviewing 300 Auckland cases last year in which a licensed real estate agent was involved as either the buyer or seller in the case where a property was quickly resold.

His comments came as Labour Party housing spokesman Phil Twyford raised a case published in the NZ Herald on Wednesday regarding a home that had been re-sold, or ‘flipped’ by a property investor on the same day he purchased it, for an extra $81,000.

The Herald reported that the investor, Hua Wu, had signed a sale and purchase agreement for the property for $819,000. After that, but before settlement, Wu reportedly viewed the property again with the sellers’ real estate agent and another group. The Herald reported the initial sellers said they believed the group were the subsequent purchasers, who paid $900,000 for the Papakura house.

At Thursday’s select committee hearing, Twyford asked whether there should be a mandatory disclosure to the first vendor if an agent has had any communications with potential buyers about an on-sell. Would the REAA as a routine, investigate resales with such fast turn arounds, he asked.

Auld said the investigation of the 300 cases was an exercise carried out by the REAA at its own initiative. There were many cases where such actions were quite legal under existing laws.

But on whether a vendors’ agent should be mandated to tell the vendor whether they had had communication with a potential future purchaser already, Auld replied: “You make a very good point.”

Twyford also asked whether the REAA’s fine regime was suitable enough to deter rogue agents, putting to Auld that agents could be fined $3,000 while having received a commission of $30,000 on a given sale.

The REAA dealt with over 550 complaints last year, about a third of which were upheld at its complaint committee level, REAA CEO Kevin Lampen-Smith told the committee. The range of fines imposed was generally in the $3,000 to $5,000 level.

There was room for debate over the level of the fines, Auld acknowledged. He said the authority looked to keep in line with other professions such fines imposed on medical and legal practitioners. On top of a fine, a licensee would also have the penalty of a public record of having a fining against them, he said.

There were also chances of a licensee’s commission being ordered to be repaid, Twyford pointed out. This was a rare occurrence, Auld replied.

Auld said the REAA had until now largely been reactive, responding to complaints about its 60,000 members as more of an ambulance at the bottom of a cliff.

Meanwhile, Twyford also asked Auld whether the REAA had looked at examples in Australian states NSW and Victoria, which had cracked down on underquoting.

The tactic would be used by agents in New Zealand, Auld said: “We’ve had complaints on these sorts of issues.”

However, it wasn’t just real estate agents who were involved in the marketing of property, he said. Banks, lawyers and insurance companies were also involved in pushing out marketing to the public, he said. The REAA is aware that some people do try to push the boundaries in marketing properties, he said.

As "Nan" would say: "What a ...(inappropriate language removed. Ed.) Liberty!"

Post Flipping headline in the news they come out - we'll try... Whatever. Used home salespeople.

If its and agent flipling isnt there some sort of disclosure required now?

It's not quite right, but how do you stop this? Do you impose a restriction on on-selling your property? What if my circumstances change and I can't afford or don't want the house. Do I have to wait 2 weeks, 2 months before I can sell it again?

I don't condone what's being done, but the investor, supposedly, paid tax on the 81K. Sure the original vendors missed out on it, but the market moved on. What if the new owner tried to sell and lost 81k? Then what do we do? Sure no one would be caring very much.

When house prices really start to drop, then these sort of things will decrease dramatically. However there will always be people who take the agents word for it, that they have done their very best to get the best price and that they are not associated with the buyer. Both of which are subsequently found to be not true.

We're definitely starting to trend more towards listing privately, less fees, more use of tech to get results. The majority of properties in Scandanavia (sweeden, finland etc) are sold privately.

Norway, Sweden and Finland are Scandinavien

As per Wildcard; Again, Finland is not a part of Scandinavia.

Will go after everyone but government will not take action to stop speculation.

We need flipping - it provides liquidity to the market. We just need to ensure taxation is carried out correctly. In this case sombody underpaid or somebody over paid. Given our current system the capital value will go up due to the over price - which will then ripple through to all the other houses in the area - pushing up the rates - kind of a perverse feedback system.

No we do not need flipping. What we need is for houses to be regarded for what they are supposed to be, somewhere for people to live and call home, this flipping nonsense is just that. We need to put things in place so there is zero advantage to be gained from it. It is probably something that goes on when foreigners are involved so getting rid of them would be a good start, but a start only.

A couple of things don't add up. How can someone sell something they don't own and why are lawyers not being asked to explain their role in it. The RE agent surely knew about it, how can he be working in the best interest of the vendor if minutes later the property is sold for 81K more. This reeks of money laundering, why would the 2nd purchaser want to buy a property that he has not seen, who in their right mind would spend close to a million bucks doing that. He has probably sold it to someone else and taken the proceeds out of the country, don't know how authorities can turn a blind eye to that. It is obvious NZ is become a soft touch for money launderers via our lax trust laws, government dragging their feet on including RE, accountants, lawyers etc to comply, non enforcement under the current FTRA Act etc. The biggest joke is the REAA wants to self regulate their members for the AML law when it comes into force, how can anyone have confidence in their ability seeing the track record they have with supervising the industry currently.

How can someone sell something they don't own

elsewhere they call it derivatives trading

" This reeks of money laundering" I'd put money on it being exactly that, and the second purchaser being a Chinese national, still living in China, betcha. And I no longer have any compunction about calling it as I see it since I saw this http://www.stuff.co.nz/business/property/90127889/chinese-property-site-...

"Hougarden.com, a Chinese-language site, published an article which detailed the number of people from different ethnic groups living in each Auckland suburb. The site then advertised the piece on WeChat, a popular Chinese social network, saying: 'How many Dao Mao are there in your neighbourhood?'"

A translation of the article draws a link between property prices and the ethnic makeup of suburbs.

Ill bet the IRD is investigating as well....

Bet they are too busy to investigate massive tax evasion

This supposed flip is a load of rubbish.
Who are the real speculators in this case?
The subsequent buyer would have gained very little if anything and the "profit" would be eaten up with costs.
e.g agents fees, income tax, GST, legal fees, etc .
The sellers are quoted as being happy with the price they got, even boasting they got more than the listing price.
What is particularly interesting is that the vendors paid $410K for the property 4 years ago and sold for $819K making over $400K TAX FREE profit.
Why arent they being taxed?

Are you serious? Let's estimate fees and taxes of $50K - you've still made $31K in one day. With enough house-trained legal and RE and PI ducks in a row, this could be done very quickly, time and time again.

Details from corelogic data. Surely the govt can use this to identify taxable income as well...?

Speculation is part of any normal market. Look at the shares in Snapchat. Why would someone pay way more than the list price? But then uh oh. The price has tanked. I totally agree with the bought for $400,000 sold for $800,000 argument (tax free as it's the family home). Who is the greedy one here? Funnily enough this happens more when people sell privately than when sold by real estate agents. Tall poppy indeed.