National to reveal next step of govt-led house building plan in Auckland Tuesday; PM English notes scope for scale on Crown land, says govt won't need to keep them all

National to reveal next step of govt-led house building plan in Auckland Tuesday; PM English notes scope for scale on Crown land, says govt won't need to keep them all 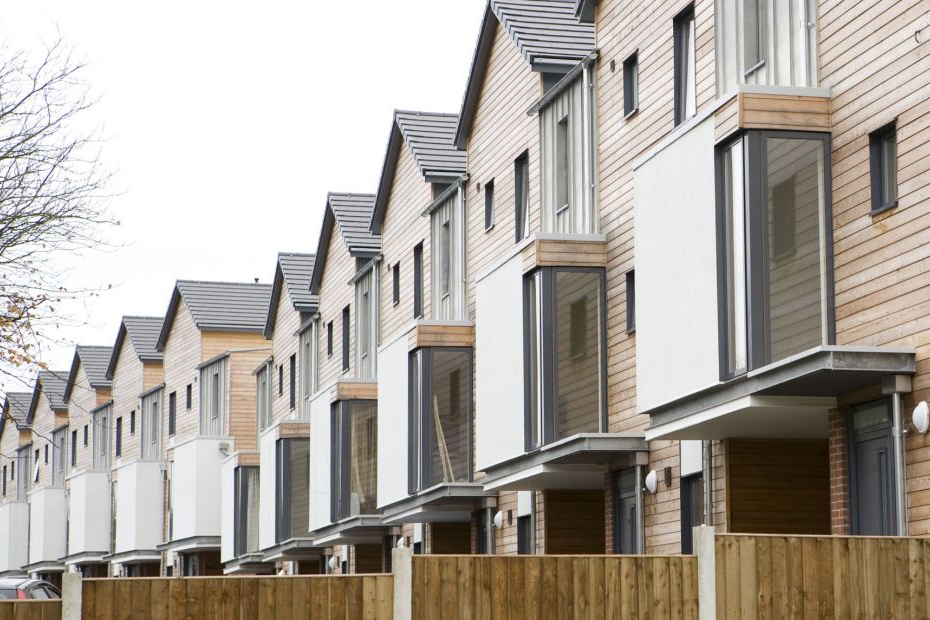 The next step of the National-led government's house building plan is set to be revealed today (Tuesday) in Auckland.

Prime Minister Bill English said at his post-Cabinet press conference Monday that an announcement would focus on plans for densification on the government's "very large" land holdings in the city.

English noted the passing of the Auckland Unitary Plan would allow government to increase the number of houses on Crown land in Auckland from 27,000 to over 60,000.

Asked whether the plans to be announced would include the building of houses that would then be sold off, English replied that "the government won't need them all."

Unless and until national accepts that their is a housing crisis and besides supply the other important if not more at least as important as supply is demand - nothing will be solved.

To justify their stand that supply is the only issue will go after council and unplanned development without raising infrastructure, which will be a disaster.

QUESTION TO BE ASKED NATIONAL : WHY ARE THEY SO DEFENSIVE ABOUT DEMAND.WHAT AND WHOM ARE THEY TRYING TO PROTECT OR HIDE.

"QUESTION TO BE ASKED NATIONAL : WHY ARE THEY SO DEFENSIVE ABOUT DEMAND.WHAT AND WHOM ARE THEY TRYING TO PROTECT OR HIDE."
Answer, their own butts

They are protecting the corrupt building industry, architects, building cartels etc which are making huge profits. It is not land that is the problem, it is the excess demand of overseas buyers with unlimited funds that is pushing prices up. Or, they have signed some sort of international agreement whereby we can't cut immigration which they are hiding. There is definitely something untoward going on, it simply does not make any sense.

Has the Govt considered the idea that it is Demand that is actually causing the hyperinflation of Auckland house prices, not Supply?
Insatiable and infinite demand may be little affected by extra houses available to buy.

Surprised why no experts ask national leaders about demand when they go on their supply monologue.

Demand and supply both have to be tackled to try and achieve the desired result - ask any expert.

The only countries that have achieved higher than usual construction output to house a population growing over 2% per annum are in the lower Gulf region. Their use of cheap labour imports from South Asia with as much focus on working conditions and human rights as the Egyptians building the Great pyramids at Giza. Unless the government has cruel plans to employ the same mechanism, I don't see our gradual housing supply catching up with the outrageous demand.
The government needs to accept that the problem is bilateral and since it has completely failed to improve the supply, why not curtail the demand for the time being.

Teach a parrot the term 'Supply and Demand" and you have got an ecomosit. Thomas Carlyle.

Talk only about Supply and you have got national.

Can't help but wonder if this article was accidentally time stamped 2017 instead of 2009?

I couldn't care less what step 23 of National's 81 step plan is for housing! I voted National in 2008 and what a mistake that was. It's 2017, there is no will to address the problem, no will to implement new policies. To late for another half hearted effort.

Well looks like the rest of the World's media have rumbled Nationals poor performance in regards to NZ's housing crisis and their sloppy management. Time to go National!

New Zealand saw foreign buyers propel the sleepy island into one of the hottest foreign buying markets through 2016. Just a few months later, real estate firms are reporting a noticeable lack of Mainland Chinese buyers. Australia also saw billions of real estate sold to Mainland Chinese buyers, which declined by over 50% just after the new controls were launched. These places didn’t become less beautiful overnight, and the sudden building didn’t solve rising prices. The foreign buyers that were fueling price growth just dried up. This doesn’t change if a real estate agent tells you “they’ll find a way, they always do.”

Sloppy governments tried to pad poor economic growth by attracting easy money from Mainland Chinese buyers. Now that they’ve disappeared, governments are in for a rude awakening: The economies they’ve neglected over the past two years are in worse shape, as are the locals who tried to keep up with wealthy migrants by spending credit and accumulating massive debt. Now that those migrants are gone, all we’re left with is overleveraged locals, and a number of overseas buyers that will struggle to continue making mortgage payments.

If they have stopped buying that's one thing. But watch out if when start cashing out ..... carnage awaits.

On that cashing out thing, I wonder how it would look if the Chinese govt wanted any "ill gotten gains" however that may be defined, back, and took over the ownership of many of the houses owned in other countries by their citizens.

So here is an example of a country with a successful economy, super low interest rates, but low house prices ....
https://www.forbes.com/sites/eamonnfingleton/2014/02/02/in-worlds-best-r...

I’m living over there! Some other differences. Obviously, Germany has a high tech export led economy. They have excellent social services doctors etc, but they pay for it, about 45 c/$ in tax. Education and university is practically free however the university courses are typically brutally difficult. Nobody pays for their degree over here so there’s no financial incentive to pass people. The costs of buying and selling a house is high ~10% of its value. The cost of trade labour seems to be cheaper over here. Food at the supermarket is unbelievably ridiculously cheap. A fist size of mozzarella cheese is 45 euro cents, good beer is less than a euro, and although I don’t smoke I noticed that 40 g of tobacco is ~5 euros. I think the poor people in Germany are much better off, but so are the wealthy people and middle class because of the strength of the economy. Anyway lots of differences.

Also been contracting there for last few weeks.
Great apartment for a few euros pw.
Wonder why no 'property-mania' there?

Friends tell me prices in Munich have gone nuts in the last few years, I'd imagine adding 9-10% for ground tax, notary etc keeps flipping to a minimum.

hope they get the bus out again, they could drive around and point at more land they don't own. LOL
funny how they are doing this so soon after labour policy announcement,
this looks like the number one issue for the election

There is one thing that is certain through the ages...the majority are always wrong. With everyone ranting about a housing shortage and politicians clamouring to "fix" the problem, you can be assured that the solutions will kill the patient. As interest rates and taxes rise over the coming years, disposable income will tank (as will economic growth) and house prices will go down significantly...with the likelihood of "no bid" auctions on the horizon. However, before this happens, whichever govt is in power later this year will ensure that the coming bust will be even more spectacular. No govt has ever predicted or prevented a recession, and the next one won't be the first...

National proposes building more houses, when many houses in Auckland are empty. ( talkback radio was quoting 30,000 today). We need to ask ourselves are we a country or a private island for wealthy foreign investors to play in.

National have a plan?! Go on pull the other one :-)
As Bill English has said time and time again - the market will sort out housing affordability.

The same way as democracy / election will sort national

Alex, It'd be good to hear an interest follow up to this article, if you're looking for a story :)

Funny you should say that.
This morning we were shown a feasibility to build town houses on a larger section.
Thing is, it was cash positive only at a land cost less than cv land value (forget about the existing dwelling, and if it had any value).- build cost was shown as same as some done just close by was (on section owned for 25yrs).

Turned out the author had "forgotten" about the GST on town house sales.
And the close by example would have made more cash by selling the section as is.....

People don't pay have to pay tax on anything to do with houses in NZ do they.... (sarcasm) Sheesh! This is what happens when we artificially constrain supply of land; houses will be built/densified if the margins are high enough (therefore cheaper/more available land). Something has to change...

Wonderful, now we are going to have a two tier class system the wealthy living in Remuera and council housing estates. By not cutting immigration the middle class will disappear, you either have to be extremely wealthy to build your own home or be relegated to living in substandard buildings on estates. National is directing that you had better know your position in life and don't complain or we will increase your rent.