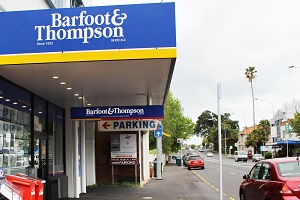 The old ideal of a three-bedroom house as perfect both for an investment property and for a place to rent is being shaken up.

Auckland's leading real estate firm Barfoot & Thompson has undertaken some serious number crunching on the Auckland rental housing market and reached some interesting conclusions. Basically, the market, and tastes, have changed a lot.

Barfoots undertook an analysis of bonds lodged with the Tenancy Tribunal between 1997 and the 31st of March 2017*. The analysis accounted for 744,216 rental transactions during the almost 20-year period.

The conclusion from the research is that Auckland’s rental market housing stock, which once was almost half made up of standard three-bedroom homes as rentals, has changed drastically over the past 20 years.

Barfoots director Kiri Barfoot says the research indicates that the three-bedroom bungalow or villa we tend to picture as the standard rental is quickly waning.

"When we look at what is being rented, the home type, size, and number of bedrooms has changed markedly over a period of just 20 years.

Kiri Barfoot says that between 1997 and 2017, the proportion of one-bedroom property tenancies increased by 85%, with a rise from just 13% of the total to now representing nearly a a quarter of all properties let within the Auckland region.

During the same period the proportion of proportion of four/five plus-bedroom property tenancies increased dramatically from just 4% to 12%.

"The drivers of this have been changing family structures, increasing international immigration and multiculturalism, and evolving attitudes to lifestyles and expectations among Auckland’s population.

“Combined with this shift in what renters need and want, the housing stock itself has been evolving. This is evident in new developments, such as the Antipodean in the CBD, with a range of different sized homes being integrated into the plans.

“Another interesting trend we noticed in the data is that it’s only recently that the proportion of one-bedroom and four or five-plus bedroom properties being rented increased. The number of bedrooms had been fairly stable before that. Our data also shows a large increase in properties with more than four bedrooms compared with 5 years ago.”

The data also revealed a decline in the total number of bonds lodged across the city. Comparing the same three-month periods, 8840 bonds were lodged in 1997, compared with 6605 in 2017.

“Our data shows people are staying in rentals for longer and therefore even with more people renting, bonds aren’t being lodged as frequently. Under Barfoot & Thompson property management, the average tenancy is around two years, having increased from about 18 months over the last few years."

No paradise is no longer a 3 bedroomed house , for the unemployed on welfare its in a relative's garage or the back of a Honda Odyssey , for a new migrant its more likely to be an ongoing stay at some seedy motel unit , for young skilled workers its at home with Mom and Dad and for Mom and Dad its a wait until we can cash up and move in with Metlifecare .

Its changed forever , and will never be the same again .

For the new migrant, its likely to be bunk bed in a room shared with 3 others, in one of those 4-5 bedroom houses. There is a reason why large homes are suddenly being highly sought after by investors.

As for the drop in 3 bedroom family homes in the suburbs, its because these types of properties have the lowest rental yields.

Welcome to the 3rd world eh...

You want to take a wander around these new subdivisions where the sections are not much more than a postage stamp, the house covers the whole thing, permashade everywhere. Narrow as streets servicing them, and each house with 6 or more cars outside them. They certainly look nothing like the the artists impression of them when they were in the planning stage.

I love these 6-8 bedroom houses. They don't seem to be like the McMansions in the US where they have two dining rooms and lots of unnecessary space consuming features. Instead they're designed for creating slum conditions. How many families need 6-8 bedrooms? Very few or none. Instead of wasting all that land on "family houses" they should be building apartments.

The houses I see are not even 6 bedroom probably 4, but with most likely 2 at least to a bedroom and a strong chance of someone in the garage, it all adds up.

If you don't make much there's only so many ways to cut costs but you have to cut rent costs down. Someone in the garage and 1-2 people on couches gets rent into the affordable range.

Let's all take a moment to thank John Key and National for campaigning on the urgent need to address the housing crisis, then in an act of outright betrayal spending the next nine years denying any housing crisis exists. Thank them for eliminating young and upcoming Kiwis from the Auckland housing market.

We don't have a housing crisis. It is something that was made up by the media to bring John down.

Incorrect. As John himself noted, there was a crisis in 2007 and it's worse now: source.

Somehow I don't think DGZ pays any attention to others comments, other than his own and Zachariah's. That historic article from 2007 has been doing the rounds here for 2 years and DGZ is unaware of it? Get off the grass. DGZ is a fully paid up National performer

>"DGZ is a fully paid up National performer"

That's a pole-dance no one needs to see.

John brought his own self down, and one has to wonder if the fore knowledge that the Todd Barclay affair was going to go public before long was what made him jump

I think John Key would have much easier batted away the Todd Barclay affair -compared to the mess that Bill English made. These sort of personal scandals did not affect John Key that much -he was too good a liar. Murray McCully's Saudi sheep deal was probably as bad as what Todd did and John Key had no problem kicking that problem away. Housing affordability though was one area he never seem to get the messaging right -it was his achilles heel. Perhaps because he was on record stating how important housing affordability was back in 2007 and then as others have said -he did sweet bugger all for 8 years about it. https://www.youtube.com/watch?v=cWPgoAI1cLE

Lots of stuff, you'd struggle to remember it all in one go, but the Barclay thing could possibly have seen Key as an accessory I would think. The veil was falling, I doubt he could have bluffed his way through much more.

So true Rick if only I had added one more line
Oh well Key was never worth a full poem !

I think prices have gone up faster than expected. No crisis.

All this does is reflect what was built.

Len offered so much to the Korean community
His tireless work was seen everywhere in the city council offices by prying eyes !
Where is he now ?
Phil Goff so bland

Please don't think the largest RE company in NZs largest city did not know which homes were renting before now. This is a PR exercise to keep those dumb spruikers true believers in buying property to rent

It would be interesting to know what this house sold for as it sold just over a year ago for $3,150,000.

I will report back when I find out the price. Surely it will be over that?

Double-GZ, about 2-300k more I reckon. But it could be the one that proves us wrong or proves us right. It would be a significant indication of the current trend for this type of house in this location. It was listed for a price of 3.2M on August 3 2016.

Zachary, this one sold under the hammer last night: http://rwremuera.co.nz/auckland/remuera/16-haast-street-10809765/