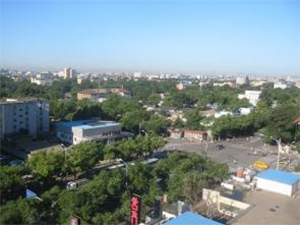 So, you think Auckland house prices are pretty important.

Or, looking more broadly and globally, the price of oil. That's quite significant, isn't it?

Well, actually, these are not the most important things.

Houses are important, yep - but houses in China.

According to Hong Kong-based Bernstein analyst and ex-pat Kiwi Michael Parker, China's real estate is the most important asset class in the world.

In a paper co-written with fellow analyst Katrina Fu and titled: BTW Asia: A Bit of A Fixer Upper... Why Chinese real estate is the world's most important asset class Parker and Fu say the "most compelling bear thesis on the Chinese economy – and the global economy" – starts with the Chinese property market.

The say a mis-managed monetary tightening in China might result in a sudden decline in both Chinese property prices and construction activity. Commodity prices and demand for capital goods globally would collapse. Chinese consumer confidence would fall. Confidence in the economy overall would be undermined, triggering a re-emergence of foreign currency reserve outflows and the same fears about capital flight that we saw in 2015.

"We estimate that today over half of the private wealth in China is tied up in real estate," the two analysts say.

They say a loss in the value of Chinese real estate creates a simple question in the mind of every Chinese householder about the perils of being the last individual globally holding RMB-denominated assets: "what am I waiting for?"

Conversely, the most compelling bull thesis on the Chinese and global economy remains the Chinese property market.

"The extraordinary level of adoption of premium goods by Chinese consumers is – in our view – in part a function of the wealth effects and intergenerational wealth transfer already going on within China's extended families.

"We estimate that in China the average consumer of premium autos, premium spirits, premium mass gaming in Macau, luxury goods and overseas travel is a member of a household with annual income of less than US$50,000.

"The cost of living in a large Tier 1 or Tier 2 Chinese city – and consuming luxury goods - is prohibitively expensive for such a household unless the family in question has already purchased an apartment (with assistance from parents and grandparents) and therefore does not incur accommodation cost.

"The most important assumption in relation to premium consumption in China is therefore that property prices continue to rise," Parker and Fu say.

They say the assumption that two sets of parents and four sets of grandparents will support a young family living in a Tier 1 or Tier 2 city requires that those parents and grandparents are seeing the paper value of their portfolio rise each year and are happy to fund the younger generation into an apartment of their own.

"All of this gets us back to the original assertion: the health of the Chinese property market drives global demand for iron ore, coal, aluminum, oil, copper, steel, natural gas as well as trucks, cranes and excavators and other capital goods.

"Rising property prices staunch the outflow of currency which could tank the RMB along with every currency and every asset class in every emerging market globally."

"A downturn is not simply bad news for China. A downturn in property prices in China means a material cut to demand for all these end markets globally, and an even more substantial hit to sentiment.

"Our inescapable conclusion is that China's property market is the world's most important asset class."

Parker and Fu say Chinese property prices have risen in each of the last 29 months in the 70-city survey Bernstein carries monthly.

The strength of the Chinese property market has been so robust that cooling measures have been in place for 13 months in Tier 1 cities and are now in place for 63 Tier 3 or below cities as well.

The analsts say there are three things are important to remember about the Chinese property market:

►First, since 2000, average selling prices in the Chinese property market have increased at roughly 8% on a nominal basis. Wages have increased at roughly 11%, meaning that - for all of the strength in the Chinese property market, the affordability overall has gone from 6.3x in 2000 to 7.3x today. The ratio is rising not because property prices are outstripping income (the reverse is true), but because new apartments are increasing in size.

"In short, rapidly rising prices followed by cooling measures are not a signal of problems with the system. That is the system. And it works pretty well," Parker and Fu say.

The use of a policy to restrict access to funding means that loan-to-value in the property market remains ~44%. The ratio of banks deposits by Chinese households with Chinese banks to mortgages issued by Chinese banks is 3.2x. In the U.S. in 2007, that ratio was 0.7x.

►Third, the extremes within the Chinese property market are a lot less extreme than they were even two years ago. The tightening of lending rules and requirements in Tier 1 cities mean that price appreciation in Shenzhen, Shanghai and Beijing has moderated this year.

At the same time, efforts to clean up excess inventory in China's "ghost cities" has largely been successful. Municipal governments have stepped in to purchase excess inventories and converted those properties to low-income housing.

The Ministry of Housing and Urban Development is currently in the middle of a long-term program buying up residential inventory to serve as replacement housing following shanty area demolition. Shanty demolition is occurring at the rate of ~6 million units annually in China.

Parker and Fu says at the end of 2017, the Bernstein property team estimates the shanty units still to be demolished will be about 24 million. Roughly 50% of those displaced homeowners were provided with an apartment from existing, excess inventory in 2016, down from ~70% in 2015.

"We are expecting the number to decline to ~40% in 2017, or ~ 3.6 million units. There is no data in terms of the location of those purchases, but majority would be in low tier cities.

"The target for the next three years is demolition of 5 million units annually.

"The policy meets key social objections within China (~150 million people in Chinese cities will be affected over the course of the program, which began in 2012) and serves to clean up excesses in the Chinese property market.

"The debt goes on municipal balance sheets and is served through… the sale of land to private property developers. The takeaway being: the rising value of Chinese property is a key characteristic of the success of the program.

"We estimate China needs to continue building ~800 million square meters of urban residential real estate each year for the next quarter century to accommodate the one-billion-plus people living in Chinese cities by the 2040s in modest apartments."

In 2016, residential construction was ~800 million square meters, so this dynamic has years – decades! - to run at the current level.

"In short, every aspect of the Chinese economy – consumption, imports, capital outflows, industrial activity, commodity prices, and even social justice metrics like inequality – come back to the Chinese property market.

"The interdependencies may not be as strong as English noblemen buying and selling each other gilts in 17th century London. But regardless, Chinese property has become the world's most important asset class."

I believe that there are tax incentives to owning an apartment or two. So its not just that the husband has to buy an apartment to attract a wife, there are financial advantages beyond that as well.

Who blew the bubble on houses with a 70 year lease?

Only at the end does the analysis discuss the important point, credit creation backed by a non productive, but resource consuming, asset.

If the people are moving from shanty accommodation to apartments that could mean a step change productivity gain.

Show me an economy where rising property prices at an aggregate level do not have an impact on greater consumer spending.

Also, in the case of HK, the consumption of luxury brand goods has been diminishing and stores have been closing. Make of that what you will.

An earlier article identified that while people may own a house, they do not own the land in China, that is all owned by the state. Effectively what we know as leasehold. Makes property ownership considerably more risky as state authorities may decide they want the land for something else, and what choice do you have?

You're correct about land in China having the equivalent land tenure system as NZ's leasehold. Further, the longest lease available is a mere 70 years. This creates much uncertainty for the Chinese - while generating much revenue from land tax for the Chinese Government.

Unsurprisingly, the Chinese find the prospect of land "ownership" to be very attractive. This partially explains why they are keen on buying property in NZ.

My bet is that they will continue to search for ways of doing so - despite regulations.

Seriously? Chinese pile on the buying in a rising market - ignore fundamentals. Panic once it starts down. It's the purest example of herd mentality. In TTP world, is Bitcoin also a one way bet? Property, stocks, junk bonds and Bitcoin are all out of whack with fundamentals. TTP, take the best seat in the house, sit back and watch how brutal deleveraging can be now that the QE plug has been pulled. "There is no cause to worry. The high tide of prosperity will continue." ... Sec. of Treasury, Andrew Mellon,
September 1929.

Pity for you that China has clamped down on this very effectively and I'm sure Labour will enforced our AML restrictions. They're alreday discussing how to do this more effectively for Real Estate Agents.

Why struggle to do something "illegal" when overseas Investors can just invest in other countries.

Also a Leader stepped down, as he did not want to be on the HIT list.
(Did JK not heed the word..I think he did).

Who will Oil the works now.? Where will the World be led from now.?

Will America rule the waves, using free money for Fuel printed by QE and passed on all around the World in the biggest Money Laundering scam known to Man.

More questions of what is truly happening...Houses are just a buy line.

Run that AlterEgo line through the TTP bot Zach