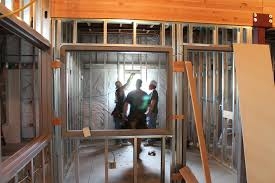 There's little to cheer about in February's dwelling consent figures from Statistics NZ, with the recent growth trend coming to a halt.

There has also been a significant slow-down in the annual rate of growth.

In the 12 months to February this year, 31,245 new dwellings were consented throughout the country, up 3.6% compared to the previous 12 months.

In Auckland, where the housing shortage is most acute, the number of new homes consented dropped compared to a year ago, falling from 800 in February last year to 779 in February this year.

It is estimated that Auckland needs an average of 1200 to 1400 new homes to be built every month just to keep pace with its migration-driven population growth. So the latest figures are a grim reminder that the region's housing crisis is continuing to worsen at a significant clip.

Statistics NZ said the number of consents issued for multi-unit dwellings such as townhouses, home units and flats was at a 23 year high in the 12 months to January, while consents for stand alone houses were down 1.3% compared to the previous 12 months.

The number of retirement village units being consented is also showing strong growth.

How is that possible with a surplus of 72,000 migrants flooding in every year? Surely we aren't letting the wrong ones in?

The influx of immigrants is surely the main reason why there is a housing crisis. I hope the Government will release an announcement on this matter soon.

I'm sure the government will, they will say: it's desirable to have less immigrants

Could it be that consents are down because there's far more apartment complexes being built right now, and you only need 1 consent per apartment block? I've never seen more cranes in Auckland before. It's going crazy here.

Also if you look at the trendline, there's always a massive dropoff in January, and this January wasn't as low as last January, in fact there were 150 more (approx 10%) than last Jan. To be honest, the number that the author is looking at just appears to be statistical noise to me in the graph.

It's all looking pretty good to me. Better than expected. I had my money on a recession at the start of this year. I've been in a conservative Kiwisaver fund for over a year now.

For what reason would building consents be increasing? (A shortage of houses is not a "reason" to build, is the "result" of an immigration/building imbalance). A reason would be:
I can easily afford to build a house,
The process of building is quick & easy,
I can build a couple of houses and re-sell them at a profit (that i can keep in my pocket).
So can anyone give me a reason why people would build more houses than say 12 or 24 months ago?
Thanks

Twyford was going to be eliminating the RUB, to smash Auckland Council's land supply constraints. It was an election promise, which he hasn't kept.

Costs remain high, our stupid council has a new iteration of their idiocy (version 6, i think) where they respond to Auckland's housing crisis by opening up massive land supply to Warkworth or someplace.

People would build more houses because prices are high (as you say profit in their pocket). However, there is a lag between price increases and construction. Also there is more land available to make a profit on under the new Unitary Scheme.

You got my point

How is the annual growth rate slowing when it grew 3.6% yoy?
or is it just picking the only negative result in the report to get the hits?

well there is always the issue - that with huge year on year increases in the build costs - the costs and challenges of consenting - the developer costs - and currently stagnant housing market - alongside a government that seems hell bent on taxing developers and private landlords in any way it can - that developers are starting to invest in other areas with better and safer returns !

Be careful what you wish for - as despite rumors to the contrary - FHB's are responsible for a minuscule amount of new builds. And yes if landlords do get squeezed the existing houses dont vanish and others including FHB will purchase them - but the issue is not the current stock and who owns it - its teh lack of stock - and who will build them!

They don't vanish, but the number of people housed reduces. Therefore not enough houses.

Twyford is dreaming!
Read the Mathew Hooten article this morning that clearly shows that “The Man”knows what he is talking about!
If 4000 units (it is impossible) that Twyford states are built in The Unitec 29 hectares, then that is 6 times that’s right, 6 times as congested as Hobsonville!!!! !
I think people think that that is pretty congested already.
That is right 6 flippen times as congested as Hobsonville!!!
If you want to live like you are in Mumbai then go for it!!!
It isn’t going to happen Aucklandites, we will continue to get the backtracks and BS from this COL because they have got no idea about business fullstop.
You are backing a losing horse with this lot, and Jacinda is out of her depth, you can see that from not being able to answer questions.
It is going to be a hilarious year, and National are just going to have a field day as it unfolds.

Had a quick look at the 'article', am I looking at the same thing or is he actually making a direct comparison between the population density of a small housing area versus entire cities? That's crazy...

I don't know much about Hobsonville Point, but the stats he is using include the parks, stand alone houses and what they call ''waterfront mansions", which may skew the density data a little. I am not surprised that a city centre development like Unitec will turn out rather denser than a suburban development like this.

MFD, sorry but anyone that thinks that this development will happen the way Twyford has stated have got their heads in the clouds.
There are just so many reasons why it won’t happen like he hopes!
He is so far out of his depth it is not funny!
Can someone please advise me what Phil Twyford’s expertise in business and especially housing is, because so far he has not shown one example of a person that knows what he is doing!

I think Taxinda is out of her depth and fundamentally too inexperienced to be Prime Minister, but is a good person at heart.

While I'll never vote Left even though as a salaried single property home owner I'm better off financially (so far) under her Government, I can appreciate announcements like ring fencing as it redistributes the tax burden onto others.

I suspect there will be lots of unintended consequences but ultimately every decision in Government has those. I celebrate the fact that they're actually doing something and there's enough time to view the consequences prior to the 2020 election.

Ex Expat, any unintended consequences are simply born from those who did not take Labours pre-election promises seriously. More fool them.

As for Jacinda being out of her depth, such criticism is easily dismissible from those who will always vote National habitually no matter what........

You evidently didn't spend a large proportion of whatever career you had dealing with flawed management skills. I see multiple examples of flawed decision making in Taxinda and the CoL whereas I suspect the acolytes still see fairy dust.

Matthew Hooten is not an authority on anything except right wing shilling.

Only fool would pay him any attention.

Unbelievable how appropriate this is!
Think he has smoked far too much and now it is showing!

As I have said numerous times before, the market has failed because it is not open to free and fair competition.
The availability of land has been shockingly constrained by crooked councils and their mates. Look at towns where land is freely available and demand muted and you will find sections in recently created subdivisions at a fraction of the cost. If they can do it then so can Auckland. Scale should make it even cheaper. Similarly the supply of building materials in New Zealand are twice and up to three times the price of overseas higher wage economies because our government and Commerce Commission will do nothing about our monopoly and duopoly suppliers, similarly BRANZ who have rigged the building standard to suit the new Zealand supplies. I.e. Industry input has effectively captured BRANZ.
Under these market conditions the prices have risen to a point were the people who need houses simply cannot afford to build them. (building new houses is the only place where the houses that they need will come from)
Accordingly the market has failed and the only way that the government will get it working again is to strongly address these issues. If they mess around trying to avoid the pain of lowering these significant price problems then they will just end up spouting optimistic verbal diarrhoea and achieving next to nothing like the previous National government.