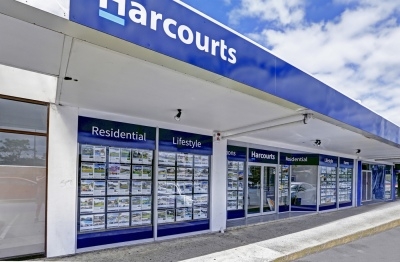 New listings and total stock numbers were also little changed, with the agency reporting 2211 new listings in September, up 1.7% from September last year, while it had a total of 6079 properties available for sale at the end of September, down just 0.7% compared to the same month of last year.

Prices were the big mover for the month, with Harcourts' national average selling price rising to $607,089 in September, up 5.9% compared to a year ago and up 6.3% compared to August this year.

However Harcourts' average prices can be volatile from month to month so need to be treated with caution.

A similar trend was evident in the Wellington region, where September's sales volumes were down 4.9% compared to a year earlier while the average selling price increased to $492,957 in September, up 1.6% compared to August and up 11.2% compared to September last year.

See the tables below for the full regional breakdowns. Christchurch market is the best in the country by the look of it.
Plenty of sales and prices still rising year on year.
Nothing surer than steady as she goes and upwards is the new norm over the coming years

So REINZ report a 31% increase Y on y in Auckland Listings for September. We know that listings are going up everywhere because we've been tracking them. But Harcouts listings have fallen significantly Does that mean that their market share is being hammered then?

Notably, Harcourts report a significant increase in Auckland’s average selling price over the past 12 months.

But really nothing to get too excited about....... We probably won’t see another surge in Auckland prices for 2-3 years.

Conveniently using the average sale price for this comparison!

Certain people are conspicuous by their absence on this thread tonight.......

Inevitably, the three words in the headline “selling price rises” have frightened them away.

It doesn’t take much to silence them.

pfft, its an average, not even a median. Not worrying at all.

Notice that you didn't comment on the Barfoots piece with a negative headline. What have you got to say for yourself ?
Pot Kettle Black ?

TTP, it only takes one high value property to skew the average sale price, especially in low number of sales. I wouldn't read too much into it.

Where are all your mates today?!

I'm sure there will be a few stories like this, but the general direction seems clear.