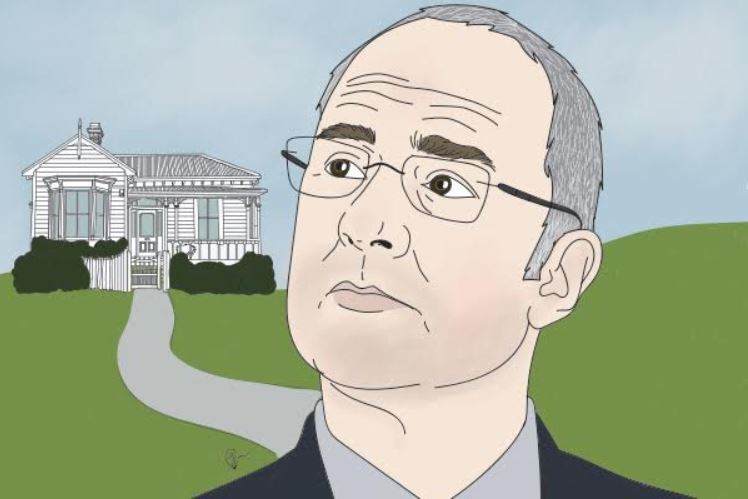 Housing and Urban Development Minister Phil Twyford has said thanks, but no thanks to National, which had hoped he’d progress legislation it had drafted to strengthen the management of apartments and townhouses.

At the time Twyford told interest.co.nz he was willing to work with the pair on it.

However, having taken some time to look at the Bill, he says it requires “substantial amendments” and isn’t a priority for the Government at the moment.

While he suggests, in a letter to Collins and Kaye, that they submit the draft legislation as a Members’ Bill, he isn’t walking away from the issue entirely.

Twyford says he still plans to progress the results of the Unit Titles Act Review “in due course when priorities and resources permit”.

Kaye and Collins in 2016 consulted with the public during their “Better Body Corporates” campaign. This work fed into a Ministry of Business, Innovation and Employment discussion document that looked at issues around transparency, long-term maintenance plans and the role of body corporate managers.

It saw Kaye and Collins draft a Bill to:

Collins says: “National has worked alongside property and legal experts for several years to pull together more than 20 pages of legislation. The issues stated by the Minister could have been raised in Select Committee. The reality is no Bill goes to Select Committee in a perfect form.”

This is the feedback Twyford has provided on the Bill:

Collins says: “It is very clear this isn’t about the detail of the Bill, the Minister is more interested in playing politics and stalling a National Party piece of legislation than ensuring homeowners don’t end up with defective buildings, in disputes and with substandard information about what they are buying into…

“Some estimates have the apartment sector alone worth more than $50 billion. Underinvestment and inadequate long term maintenance plans can result in large unexpected bills for homeowners if defects occur and increases in body corporate fees.”

National plans to lodge its Bill as a Private Members Bill in Collins’ name.

Unit titled buildings have needed to be fixed for some time now. There are problems with leaks, other faults and disclosure. Then there are the management issues where the body corporate is run to minimise costs while people sell off new units to move costs in the future that should have been budgeted immediately.

The bill could be passed now and amended later if necessary but nothing matters other than Kiwibuild (it is an election promise after all).

Some problems with leaks? Yeah how is removing building regulations and making it harder to seek recompense from dodgy work going? How many phoenix companies did you see from yours. Our family was lucky only 4 building companies skipped town and set up with a new name, one even in a new country. No recompense possible and prior building reports were glowing (even the commercial and retirement village were not flagged with defects prior to serious faults in the builds & materials discovered).

When I get called in for a problem building the situation is really bad and evidence is needed to secure a claim. I've seen many companies disappear overnight in the last 18-19 years.

It's not unusual for me to be called in when there have been positive reports on buildings for years. Long ago I even had a Government Department get annoyed with one of my designs. They seemed to be claiming that I had it in for one of the their contractors. Of course they ended up moving out of the building.

We have many problems and the proposed changes would be a positive improvement, but the current Government does not care.

Leaks and other faults are not a Unit Titles problem and the proposed amendments won't make any difference to them. Yes the proposed changes to the disclosure regime would be an improvement. Not sure what you mean with your other comments about management.

They’ve got 99,967 other problems to deal with at the moment.

Strange how the wheel must always be reinvented in New Zealand
Try adopting UK or Canada or US or heaven forbid Australia apartment governance practices
Take the best
Today I drove past another new apartment complex All brick & beautiful design
Why this isn’t available in Auckland ?
People accept ordinary

Answer.... Fletchers don't make bricks.
Also probably something to do with Earthquakes.

What does Firth make?

There is a noticeable shift back to bricks and tile or long run tin roofs in Auckland and Tauranga in the construction of stand alone homes. This would be driven by consumer demand, the days of other forms of cladding are gone you simply cannot sell a monoclad house now without taking a massive hit so there is no way you want to build a new one.

Design and construction are not a Unit Titles problem. The proposed changes will make no difference with this.

This is definitely the actions of a Govt interested in giving Kiwis more flexibility in terms of owning homes.

This is definitely the actions of a Govt interested in giving Kiwis more flexibility in terms of losing money.

Unfortunately not many people really understand the Unit Titles legislation and that the proposed amendments would have little affect. Except maybe to increase costs to owners in developments of over 30 units. So they are a waste of time and Hon Phil Twyford has obviously recognised that. That's not to say there isn't a lot of policiticing going on but I'm happy that he takes his time and has a good look at it.