PM tight lipped on rumours KiwiBuild CEO Stephen Barclay is off work due to an employment dispute; Says his absence has nothing to do with the KiwiBuild programme

PM tight lipped on rumours KiwiBuild CEO Stephen Barclay is off work due to an employment dispute; Says his absence has nothing to do with the KiwiBuild programme 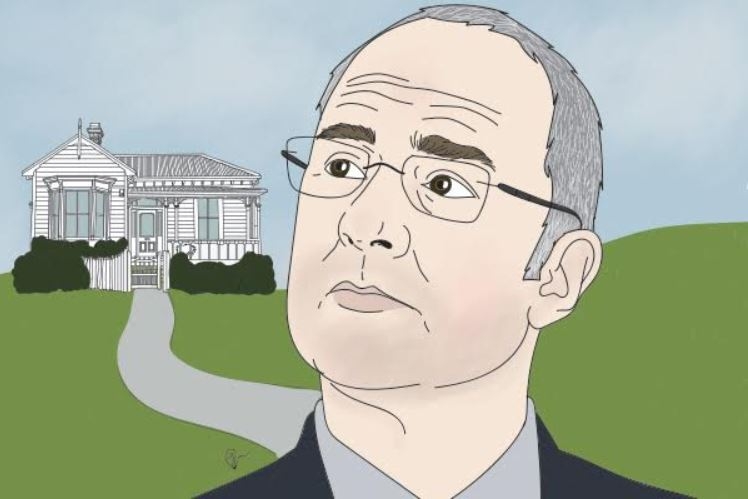 Prime Minister Jacinda Ardern says KiwiBuild chief executive Stephen Barclay’s absence from work has nothing to do with the KiwiBuild policy or the implementation of the KiwiBuild programme.

Media reports suggest Barclay has been absent for about six weeks due to an employment dispute following the KiwiBuild unit’s transfer to the new Ministry of Housing and Urban Development.

While the Herald over the weekend reported he left his job only five months after he was appointed, a spokesperson for the Ministry of Housing and Urban Development said he hadn’t resigned.

Grilled on what was happening, Ardern in a post-Cabinet press conference on Monday said it was an “operational matter” so she couldn’t comment.

She did however say: “The Chief Executive [of the Ministry of Housing and Urban Development], Andrew Crisp, advises me that this has nothing to do with the KiwiBuild policy or the implementation of the KiwiBuild programme.”

Ardern said she had spoken to Housing and Urban Development Minister Phil Twyford “very briefly” about the matter.

Asked whether she believed the situation with Barclay compromised the KiwiBuild programme, she said: “I’m seeking assurances of course from the Minister that his work continues.”

Ardern was asked a number of other questions, but conceded it wasn’t a matter for her to comment on, so she intended to be “boring” with her responses.

Barclay's career spans construction, consulting, event management and government. Before taking up the KiwiBuild role, he was 'Chief People and Transformation Officer' at the Ministry of Health. Prior to that he was CEO of the San Francisco America's Cup Events Authority.

I read somewhere that Barclay had had some health issues some time ago, could it be he has been revisited by these issues and at this point the matter is private?

He clearly left as he was now well aware that want KiwiBuild promised is now just a fantasy.
He has bailed as he has been misled and knows that the policies continue to be altered.
Mr Twyford is now going back on KiwiBuyofftheplan, as he knows that he has stuffed up in several locations, and has major egg on his face.
Does anyone still beleive in this fantasy known as KiwiBuild?

No one with any brain could possibly believe that this initiative will still work. Best thing Mr Twatford could do is pull the plug and try something else.

I am sick of Ardern and her use of "read between the lines." They refuse to communicate on this matter -- but but. Ardern it's says all ok.

Most open and transparent government ever?

If you read between the lines you knew this would happen though.

Given the both the importance of his role and the public perception and confidence attached it appears somewhat damning that this is treated so obliquely. Having said that Ardern’s responses are typical spin which we pay good money for so we are at least on that score we are being well served especially when our media is so abjectly lazy

At the end of the day, read between the lines. You complete me.

Let the Poet read between the lines:

It's sad when the prime minister and ministers know they can get away with such asinine answers to questions. They offer up moronic answers that don't address the question and add nothing to the conversation, and they know full well they will get away with it because the reporting is as hard as warm marshmallow and the average voter is tragically transfixed by the latest reality TV show.

Unfortunately the latest nz reality show is called ''JACINDA''.
She is exhibiting all the right ingredients to be given a second season.
Its what is happening offscreen that we should all be worried about.

Well - it's a pity if KiwiBuild fails.

So much was held out for KiwiBuild - as if it's a panacea.

If housing supply isn't increased in NZ, then house prices will continue to rise at considerable rate.

Whatever happens to KiwiBuild, there's a real need to help FHB's into homes.

And secondly because the Government has unwittingly put a floor price of $650,000 under every new build , irrespective of size , build quality or location , and the developers are laughing ( for now )

Most ballot winners are refusing to take up the offer to buy an over-priced 50m2 two bed unit thats is clad with chipboard because at $13,000/ m2 its simply way way way over-priced .

And thats the problem , the Government has intervened in the market and just made a real shambles of it in doing so

1) we don't know why ballot winners aren't following through on some of the units.
2) ballot winners did take up the (69/70sqm) 2 bed units in the onehunga apartments.. all the KB 2 bedroom units are sold.

My take on it is that Kiwibuild will fall well short of the 100k target. But that it will still make a meaningful contribution (maybe 40k over 10 years)

More like 4000 over 10 years. What is more important however is that is that really even 4000 extra homes over and above what would have been built anyway ? The government has the better option of tweaking the existing building industry by forcing lower prices on materials. With a few adjustments you would have 1000's of extra homes being built anyway. Kiwibuild was built to fail.

Unless they can get their s**t together its going to quietly be scuppered out of sight in a year or so once they realise what a disaster it is..

Ardern this morning says critics of Kiwibuild have it wrong. She says the reason sales are bombing is not because the scheme was poorly thought through and executed, it is ,apparently, caution about buying off plans. That thousands happily do just that every year evidently escaped her. Is she ignorant of how the housing market works, in denial or does she actually believe this spin?

While I am sure there is some concern in this area the scheme is all but the Govn building a discounted home for you, ergo I cant see there is much of a risk and the reward significant.

Anyway the idea is/was sucky IMHO, the entire idea is basically faulty, build on quicksand. Until they address (one of) the under-lying causes ie land is too expensive this is just going to look like a disaster area and its going to get worse IMHO. The voter is going to see that more and more they are subsidising people who dont really need subsidising while doing too little with HNZ for ppl that really do need help. This is really going to risk becoming the death knell of the COL. The only problem for National is it quite probably way too dangerous for them to step into this without great care.

Who is being subsidised? Not the KB buyers, the houses are market priced, or very close to it.

bwahaha, caution of buying off the plans.. or just nobody wanting to pay $480k to live in a tin pot town halfway between Auckland and Hamilton.

Kiwibuild is the biggest confidence trick that has ever been fed to the New Zealand electorate in our entire history ...........

Nah, doesn't even come close to "trickle down effect"

The whole thing is a scam .

The Government has established a floor price for any new build of $650,000 , and the developers think its Christmas ........ until it fails

Might help if you actually said what you were talking about.. but if you mean the Onehunga or Otahuhu apartments, you might want to ask the people that bought the non kiwibuild units.

That floor price of $650k maybe somewhat shortlived depending on a whole host of factors largely beyond our control. However it is what it is and I think most of us here expected there would be uptake issues and a somewhat lengthy transition period given the emotive nature of the whole campaign. Expectation, immediacy and fulfillment are together difficult beasts to subdue. As said depending on what happens upwind of us Kiwibuild may well become what some would ideally like, nationalisation of housing.