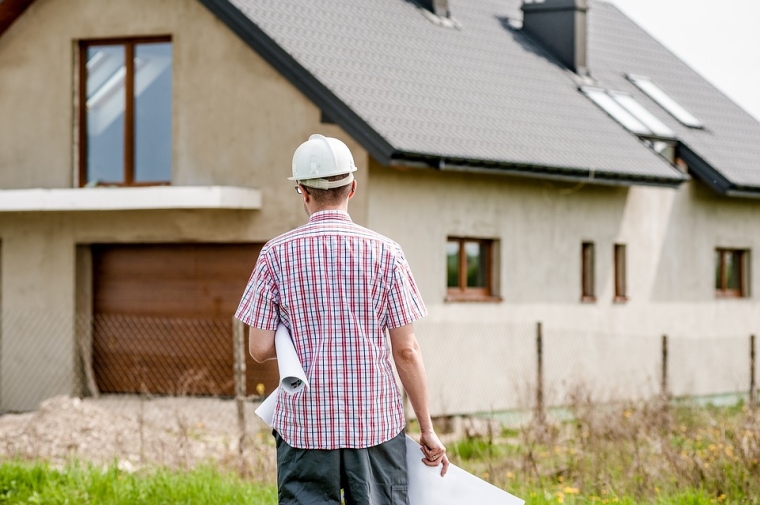 The Inland Revenue Department (IRD) wants the rules around the bright-line test clarified when it comes to land bought off the plans and land converted from leasehold to freehold.

It is proposing a major tax bill before Parliament be amended to confirm when the bright-line clock starts ticking for these sorts of properties.

The test requires someone who sells a residential property within five years of agreeing to buy it to pay income tax on any gains made from the sale. If someone sells their “main home” they don’t need to pay tax.

The IRD wants the law to clarify that the bright-line clock starts ticking from the time someone enters into a contract to buy off the plans, rather than when the first interest in the land is acquired.

Even though they sold within five years of a title being issued in 2021, they sold more than five years after they entered into a contract to purchase the land in 2019, so they wouldn’t have to pay tax.

If they sold the property before 2024, they would have to pay tax.

The IRD wants a similar principle to apply to land converted from leasehold to freehold, or in technical terms, leases with perpetual rights of renewal (Glasgow leases) converted to freehold estates.

Like the example above, if someone buys a leasehold property in 2019 that’s converted into freehold in 2021, they would only have to pay tax if they sell up before 2024.

Tax accountant, Terry Baucher of Baucher Consulting, says the IRD’s proposal to address these technical points in the law is good and will benefit investors.

The IRD’s proposal will come into effect if the Taxation (Annual Rates for 2018–19, Modernising Tax Administration, and Remedial Matters) Bill is tweaked in accordance with its suggestions and is passed in Parliament. The Bill is due to have its second reading.

For a more technical explanation of what the IRD is proposing, see page 241 of this report it prepared for the Finance and Expenditure Committee.

Hardly a biggie for investors really!
How many investors have leasehold property and then Freehold it?
The buying off plan apartments clarification is also a non event really!
The current government are clueless when it comes to making productive decisions!
Where are the policies that are designed to grow the country, rather than pandering to the financially dependant people on the country for their lifestyle?
This can not continue as the average person is getting the stitch I regards to shelling out for people that won’t help themselves unless it is to handouts!

See comment above for Generic The Man 2 Rambling Gibberish.

Nzdan, May be gibberish in your mind, but it is reality!
“The Man” always tells it the way it is!
What did “The Man” day about KiwiBuild from day one?
It is just one of many total flops that this government campaigned on!
Pike River is an expensive PR exercise from Mr Little that he thinks is goi g to be what he is remembered for!
It is not going to get the result that he says was going to happen
One delay after another and the police aren’t interested now!
Immigration hasn’t been what they said would happen!
Teachers are even being imported as well as taxi drivers etc!
Seriously, please advise us all as to what they have introduced that has increased productivity for business??
Increased people reliant on benefits is about all that has been increased!

@Nzdan Trash comment Nzdan
IRD is making a good clarification to poorly written law, TheMan has some different views on that but you seem to want to share your views on TheMan. The up-votes on your post are testament to the tragedy of the comment section.

TheMan has some different views on that but you seem to want to share your views on TheMan.

TheMan can't spell properly, use punctuation properly, use paragraphs properly, or structure a sentence. Why should we treat what he writes seriously when he shows so much disdain for the people that read his posts?

I bet he drives a ute, tailgates people when it's raining, and complains about bad drivers.

His post was horrific before he edited it (as seen in his time stamp vs my reply).

Not sure if this is trolling or not, but you're kind of contradicting yourself. You're insinuating that the govt cannot lay the foundations for a productive economy and I assume that it's because you think the govt is too focused on using publie resources and executive authority to stymie housing costs and speculation. Important to remember that S'pore and Japan made it a priority to ensure that housing was (and still is) available to all to focus on and as a pillar of national economic goals. The reasoning behind this is that they want "everyone" to participate in the economy, including low income earners, solo parents, the young, and disadvantaged people.

Now I don't know what you're suggesting but there appears to be an attitude in NZ that the neoliberal model is only what works. The examples of Japan and S'pore are important as it's hard to fault both countries in their goals of becoming productive economies (despite Japan's woes which all stem from speculative mania that Western nations seem to be protecting and promoting at every opportunity).

Anyone calling themselves The Man is suspect
Anyone calling themselves The Man 2 doubly suspect
Could the defence please tell the jury what exactly was the most “ productive decision” of the last National governments ? No need to rise
Everyone knows the last National Governments “productive decision” was open immigration & open domestic housing market to foreign speculators tax free for years & years
I’ll take Jacinda & Winston Who actually did make my Children’s doctor visits free for awhile there

You'll take the same mob who also did nothing when house prices took off from 2000 and only abated due to the GFC, because it gave them something to distract people with while they reemed them with massive income tax rates that kicked in at 60K? And expect a different outcome?

How is that sweeping immigration reform they promised? You know, the one you're roasting National over.

GV 27 is that a invoice number ?
You fail to address the question ; What was the National government strategy opening up immigration & allowing outright foreign speculators trading Auckland homes & flipping for profit with profits repatriated overseas paying 0 NZ tax ?
I never said I admired the Clark-Cullen govt much either if that’s any consolation
Jacinda & Winston won’t be perfect either No government ever is but they deserve their win after 9 years Nats

Governments can't control house prices, no matter who is the party at the time. House price rises directly correlate with Credit Expansion and more importantly now that we are in a Credit Retraction Cycle, the opposite starts to happen.

Anyway any investor that buys today will have to hold for 5 years to gain some appreciation but yes if any investor who falls in the category mentioned above (Doubt many) will get an oprportunity to sell early, once is implimented to minizie the loss or to minimize the loss in profit - depending when they have bought the property.

Yawn. Probably the first of many clarifications as accountants and lawyers seek to find a way to bypass the 5 year rule, in order to bail out before the great reset.

Silly Billy English for legitimising the unprincipled tax grab in the first place. That and denying that depreciation is a real expense. Hard to make this stuff up. The policy failed to work as advertised, house prices still shot up.... so do more of what failed.

Another wonderful sounding idea to make us all poorer while pretending otherwise. Move along now, inflation and debts don't matter, nothing to see here. Move along. Or Else.

Inflation, especially house price inflation, is a very clever way of transferring purchasing power from the masses to the favoured few, in this case, politicians, bureaucrats and banks.

Yes claiming depreciation against a house is a very bad idea. I looked into it about 6 years ago but my tax accountant strongly asvised against it, due to the large tax bill that would be due when I decided to sell. And it was going to be several thousand.

All the Bright Line test will do is create an artificial shortage.
People will hang onto a property rather than be caught with a tax bill.
This "lock in" effect goes against all the laws of economics.
If you want to make something cheaper you make more of it available.
This tax will do exactly the opposite.

..you assume they can hang on and that there will be gains to tax. Seems unlikely to me, legislation is way to late in coming - gains..what gains?

There are no gains, they are an illusion. The value of money has gone down. It is just another form of inflation. A house is still just one house five years later, just with five years less useful life left in it.

Location gives you access to amenities and employment opportunities, it affects lifestyle, drive times, safety and more. Its plainly false to say that all the gains in housing are inflationary because a house is still a house. The desirability of locations change with time as do peoples ability to pay for those locations. Your comment denies growth in its entirety. If an economy grows, desirable locations values will grow with it as will what those locations deliver.