Jason Furman argues the US Federal Reserve should err on the side of doing too much, rather than too little

Public Policy / opinion
Jason Furman argues the US Federal Reserve should err on the side of doing too much, rather than too little 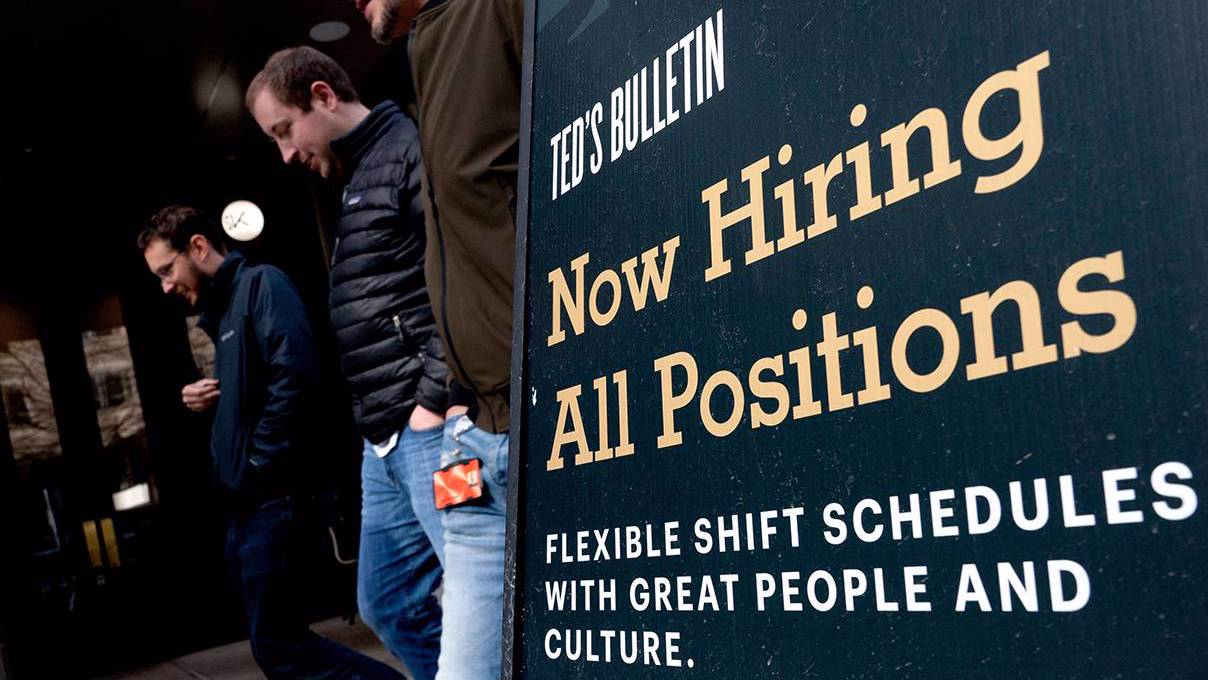 Recent price- and wage-growth data make it increasingly clear that the US economy’s underlying inflation rate is at least 4% and more likely to be rising than falling. Although the Federal Reserve has acted forcefully in recent months to contain inflation, unfortunately it will need to stick to its plan of rapid interest-rate hikes until there is clear evidence that underlying inflation is slowing dramatically. That is especially difficult when the economy is already slowing, but the alternative of deferring action while inflation becomes more entrenched would be much worse.

So far this year, the Personal Consumption Expenditures Price Index has risen at a 7.7% annual rate, well above the Fed’s 2% target. Some of that is fueled by external events, notably Russia’s invasion of Ukraine, which has driven up gasoline and food prices. And now that gasoline prices have begun to decline from their peak, headline inflation should fall sharply. Yet even if we exclude these volatile prices, “core inflation” is still running at an annualised rate of 4.8% and has been accelerating recently. Moreover, other measures that strip out volatile components of the price index – such as trimmed-mean, median, services, and cyclically sensitive inflation – have all increased, and some by even more than core inflation has.

It is hard to make excuses for this inflation, let alone excuses that would justify the belief that it will go away on its own anytime soon. While Russia’s war on Ukraine raised the price of oil and food, these have only a small direct pass-through effect on core inflation, which itself is partly offset by behavioural changes as consumers cut back to account for higher gasoline and food costs. Moreover, COVID-19 is having a smaller effect on the economy than at any time since February 2020, and insofar as it was affecting inflation when it was rising, it was more likely lowering it than increasing it. Many commentators blamed supply-chain snarls for boosting goods-price inflation, but that measure has actually fallen and been replaced by a services inflation that is much more inertial. The weaning from pandemic-era fiscal-support policies was supposed to bring inflation down, but that process mostly ended more than a year ago.

At this stage, inflation is increasingly embedded in price growth, which is fueling wage growth that is in turn fueling price growth. This worrisome process – some call it a “wage-price spiral,” but I prefer “wage-price persistence” – is underwritten by short-term inflation expectations, which have risen markedly.

The latest data show that private wages and salaries grew at a 5.7% annual rate in the first half of this year, which is about 2.5 percentage points faster than the pace of growth prior to the pandemic. All told, adding 2.5 percentage points to the pre-COVID inflation rate implies an underlying inflation rate of 4.5%. Moreover, a range of alternative measures of wage growth are consistent with the same or even higher inflation, according to estimates by Alex Domash of the Harvard Kennedy School. Rapid nominal wage growth is not surprising, given that labour markets remain at near record tightness, as evidenced by there being nearly two job openings for every unemployed person.

I wish that businesses would simply use some of their profits to cover the extra wage costs, but I also know better than to confuse wishes with predictions. Since productivity appears to be relatively weak, businesses will most likely continue to pass along the costs of higher wages to consumers in the form of higher prices.

Higher prices lead to higher wages. This dynamic does not require labour unions or contracts with cost-of-living adjustments. Businesses that can sell their products for higher prices will want to hire more workers; but they will need to pay higher wages to attract new employees, because otherwise workers facing higher prices would look elsewhere.

Aside from food and energy price increases, the bulk of the inflation was originally caused by demand. But even if supply issues were more to blame – as others have argued – we would still be left in the same place, with wage and price increases feeding into each other.

Unfortunately, the only solution to wage-price persistence is to restrain demand. It may be that a little demand reduction will go a long way in restraining inflation and allowing for unemployment to remain relatively low. But it is also possible that the sacrifice ratio – the number of percentage points by which the annual rate of unemployment must rise to bring inflation down by one percentage point – will be closer to five, as in recent recessions. If so, lowering the inflation rate from 4% to 3% (which I would consider a victory) would require at least five point-years more of unemployment. And if underlying inflation is higher than 4% – which is likely the case – or if the Fed is intent on achieving its 2% target, the required adjustment could easily be twice as large.

As painful as it is to act now, delay would likely make disinflation much more costly. The longer inflation persists and becomes entrenched, the greater the sacrifice ratio will be.

I hope I am being too pessimistic. But the Fed tried hope as a macroeconomic strategy last year, and it contributed to rapid inflation and the lowest real wage growth in 40 years. Fortunately, monetary policymakers appear to have become more realistic, and have shifted to an almost single-minded focus on bringing down inflation. If inflation declines faster than I expect, the Fed can let up on its tightening. But for now, it needs to follow the same principle that made it so successful in helping to prevent economic collapse in 2020: err on the side of doing too much, not too little.

The problem with almost all wage/inflation analysis is that it looks forward, not backwards, to see that wages have been far behind living costs for some time and people have been relying on cheap credit to bridge the gap and maintain living standards (if they are so lucky, many are not).

This article almost gets there by noting firms aren't covering increases out of profits, but fails to appreciate that people's pay has fallen so far behind what it costs to simply exist that the catch-up they are demanding now is the reason for the pressure on wages, not an expectation for the future. I suspect if you asked people whether their motivation is future-looking or current financial pressure, 99% of people would say they have fallen behind as things stand now and are basically treading water.

To expect workers to fall even further behind because someone left the printers on for too long is perverse, bordering on sadistic. If that's what our economic system requires to stay afloat, then maybe we just need a different one altogether.

And that's the point of using interest rates to control it - to dissuade the transport of future cash-flow into today.

We have massive house price inflation here because people have effectively plundered their future whilst enabled by the parasite banks who were aided by the RBNZ's poor monetary policy.

We didn't measure the future imported inflation via house costs (why? - we measure credit card expenditure, vehicle finance. etc. via sales - but not houses!).

Who benefits most from the "wealth effect" lie? Only those who cash out - who are mostly a certain demographic downsizing into retirement (and a few lucky speculators who time it right). So, considering the demographic of our politicians etc, there's really no surprise that this has happened.

Interest rates have to rise to break the cycle, and they need to have a minimum level to discourage the same thing happening again.

Not that that helps with the corporations needs for bigger profits (Mainfreights, for example, revealed they'd almost doubled their margins).

Sadly, we probably need to regulate this, and I'd like to see legislation that ensured the waged/salaried were paid a fairer share of the companies earnings for their labour - along the lines of a top/bottom salary ratio maximum, and staff/dividends as well.

We need to break up the big banks into dozens of small, regionally defined regional retail banks which are publicly owned either in public trust or by local councils. We also need a few commercial banks for larger scale banking, but they should be kept separate by regulation from the retail market, similar to the The Glass-Steagall Act.

100% - the strategy used the last few decades is seriously flawed and just made matters worse, not better. The already wealthy got richer and those who were already behind, are now even further behind.

Time for a clear out and a new path forward - ideally one that pops (as opposed to perversely protecting) asset bubbles and redistributes the pie in a manner that will improve financial and social stability of society as a whole. And I'm not socialist by the way - but what has just happened of late is ethically/morally wrong in so many ways.

This scumbag economist is there to provide an academic dressing to fucking ordinary people. Nothing is more despicable than an economist who is merely a mouthpiece for the establishment to say "you deserve less, get over it" despite very high profits right now.

The current neoliberal elite are as out of touch or more so than the French aristocrats of the 18th century. Why should they rule us and impose this technocratic economics, where only their way of outsourcing, globalizing parasitic finance capitalism is presented as the only way?

Despite 40 years of neoliberalism, the condition for 80-90% of the population has been far worse than it was beforehand. It needs to be reversed and these people need to be defenestrated.

This awful man drips pure poison from his pen. During the last two years, NZ corporate profits have increased by 50% to around $70bn per year. Over the same period, wages are up about 11% to an average of $37 per hour. So, tell me again that it is wages pushing up the cost of living.

"Unfortunately, the only solution to wage-price persistence is to restrain demand."

Correct, in a universe without any more regulation to be trimmed out of the way of increasing supply.

Cutting nepotism-driven corruption out of a capitalist system never seems to be the answer either.

It becomes a low-fee-but-high-volume inflationary money-spinners. 1% there, 2% there, and when they all radiate down the system to the person at the bottom who has to ultimately pay all the ticket-clippers, they get told that them getting anything is inflationary and they should just cop it.

Before you know it, houses cost 300% more than they did relative to incomes, jobs that aren't exported are being filled with imported labour and the guys making their 1% simply start taking 2%. And the cycle begins anew.

But the guy at the bottom? He's the problem.