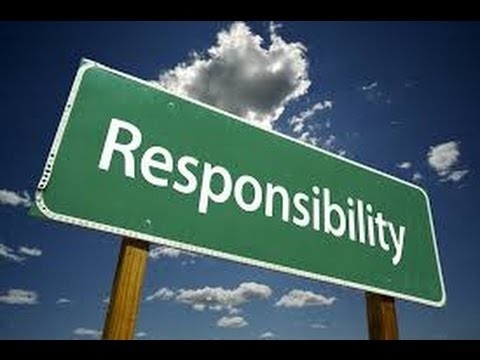 ​​​​Must loan approval assessments be based on an individual borrower’s declared expenses? In a landmark judgment earlier this week, the Australian Federal Court answered that question with a resounding “no”, in part because a borrower’s declared expenses are not necessarily reflective of affordability. In the colourful phrasing of Justice Perram: “I may eat Wagyu beef everyday washed down with the finest shiraz but, if I really want my new home, I can make do on much more modest fare.”​1​​

The judgment limits the scope of responsible lending legislation, and may be welcome relief for lenders in a climate of intense regulatory scrutiny. While the judgment turned on the particular statutory test under Australian law, it is likely to be influential when similar issues are tested before the New Zealand courts.

What was the case about?

The Australian Securities and Investments Commission (ASIC) claimed that Westpac had breached the National Consumer Credit Protection Act 2009 (NCCPA) in relation to loans approved from 2011 to 2015, because of its use of automated loan approval systems. Those systems relied in part on the Household Expenditure Measure (HEM) – an algorithmic benchmark developed by various banks, including Westpac, to measure hardship based on demographic spending habits.

ASIC claimed that Westpac's approach breached the NCCPA. In summary, the relevant provisions require lenders to: ​

A​SIC claimed that Westpac was required to have rega​rd to the actual living expenses declared by borrowers in their application forms, but failed to do so. ASIC accepted that Westpac could use the HEM benchmark in part, but argued that the assessment should be “based on” the results of its inquiries of borrowers.​​

The judge rejected ASIC’s arguments and dismissed its claim.

Fundamental to the judge’s reasoning was that “it is always possible that some of the living expenses might be foregone by the consumer in order to meet the repayments.” For example, gym expenses may be excluded on an application form, but could be dropped within the first week of the loan. Likewise, he said that if a borrower spent “$100 per month on caviar”, that would throw no light on affordability for NCCPA purposes. ​

The upshot is that a customer’s recorded expenses may exceed their stated income, and a lender could still reasonably decide that the loan is suitable and affordable. In other words, “with knowledge of the consumer’s declared living expenses, one may well be able to discern that a consumer will have to trim their sails if the loan proceeds. But there is arguably a conceptual gulf between a trimming of sails and poverty.”

The judge acknowledged that where expenses were demonstrably minimal in nature, and could not be forgone, these would be “necessarily relevant” to the affordability assessment. But he ruled that this would require additional information to show that those expenses were the minimum possible expense. As ASIC had not adduced any such additional information in evidence, the judge ruled that Westpac had not breached its obligations.

More generally, the judge commented that: “A credit provider may do what it wants in the assessment process, so far as I can see; what it cannot do is make unsuitable loans.” The judge even described as “contestable” the general submission by ASIC that responsible lending obligations involved “new norms of conduct” and should be construed liberally.

ASIC has 28 days to lodge an appeal, and has said that it is “reviewing the judgment carefully”.​

The result will be particularly welcome to Westpac because it had provisionally agreed to settle the claim for A$35 million in 2018, but the Court had refused to grant the settlement orders sought. The Court said the parties had failed to articulate the agreed breaches and it would not “rubber stamp” settlements where there was “patent disagreement as to what conduct constitutes a contravention.”​2​​

What does this mean for New Zealand lenders?

New Zealand also has a “responsible lending” regime, although the analogous part of the test is worded somewhat differently. Section 9C of the Credit Contracts and Consumer Finance Act 2003 (CCCFA) provides:

As in the Australian regime, the purpose of the reasonable inquiries is to assess suitability and affordability. And as with the NCCPA, the CCCFA does not prescribe how lenders are to make reasonable inquiries or how the requisite satisfaction as to the affordability and suitability must be reached. Similarly, while MBIE's guidance in the Responsible Lending Code sets out various non-binding recommends (including that lenders should consider borrowers' expenses) it does not prescribe what information should determine the outcome of the assessment. In that respect, Justice Perram's approach in ASIC v Westpac is apt: “to say that information is collected for a purpose says nothing expressly about how that purpose is to be achieved."

Given the similarities between the Australian and New Zealand regimes, the Westpac decision is likely to be influential in New Zealand. If the New Zealand courts adopt a similar approach, New Zealand lenders would be entitled to consider a broader range of information in satisfying themselves as to the suitability or affordability of a loan for an applicant borrower.

Finally, the Credit Contracts Legislation Amendment Bill is currently being considered by our Parliament. As noted in our separate update, one of the proposed changes is the introduction of new regulation-making powers allowing for more prescriptive rules specifying the particular inquiries that must be made to satisfy section 9C of the CCCFA. If adopted, that approach would likely be a departure from the more flexible approach adopted by the Court in ASIC v Westpac. It remains to be seen whether the Australian Court's reasoning will prompt a reconsideration of the proposed legislation on this side of the Tasman.

*Richard Massey is a senior associate at law firm Bell Gully. This article first appeared here and is used with permission.

"Fundamental to the judge’s reasoning was that “it is always possible that some of the living expenses might be foregone by the consumer in order to meet the repayments.” "
It's also possible the borrower will continue to eat cavier and wagyuna and buy a new Ferrari every year. Surely you can only judge future expenses based on current expenses otherwise it's just crystal ball stuff.

It's all crystal ball stuff. Expenses go up and down, people lose their jobs and asset prices fluctuate...that's why banks can charge a risk premium.

It's also possible that a borrower who was once frivolous decides to start eating cavier, wagyuna and buying new Ferrari's every year.

The point is that the way it was going (and could continue here) is that they are so busy trying to protect us from ourselves that they close avenues for opportunity. "No you can't get a home loan because you've been living it up and getting a home loan means you won't be able to live it up as much-loan declined"

I think it is an excellent ruling

So do I. If it had gone the other way you could just see the outcome. Reduced credit and irresponsible borrowers painting themselves as victims and taking class actions against the banks. Each time someone gets protected from the consequences of their own idiocy, everyone else suffers be it through higher costs, decreased availability, or increased red tape and hassle.