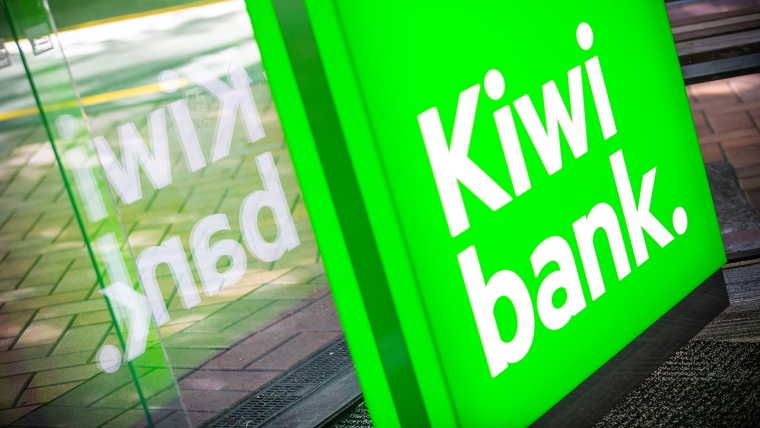 Kiwibank's net profit after tax for the year to June dropped $7 million to $108 million from $115 million last year.

“Kiwibank is adjusting its business strategy to meet the changing preferences of customers. We are investing in our own branches where customers wish to interact with us face-to-face, as well as developing our technology capabilities,” CEO Steve Jurkovich said.

“We had a record year for lending and deposit growth, margins generally remained firm, but profits were down slightly. A contributing factor was a reduction in fee income which is great for our customers,” said Jurkovich.

"With strong customer growth and the investment in technology that we are undertaking, we expect this to flatten profitability until we have migrated to the new technology platforms," he added.

Lower revenue was partly driven by $12 million drop in banking fees, plus non-bank products such as bill pay being returned to shareholder NZ Post, which lowered income by $7 million. Kiwibank's income from insurance payments was $12 million lower.

“Kiwibank is adjusting its business strategy to meet the changing preferences of customers. We are investing in our own branches where customers wish to interact with us face-to-face, as well as developing our technology capabilities,” Jurkovich said.

“Kiwibank and New Zealand Post businesses are responding to different customer demands. Although sometimes challenging, this move to increased independence for Kiwibank brings opportunity. In simplifying our business, we can focus on the areas that make the biggest difference for our customers and their long-term financial wellbeing."

“Our first home buyer package makes the difficult jump into home ownership much more achievable and over the past year we have helped almost 2,000 first-time buyers into their new homes," Jurkovich added. “With highly competitive rate offers we have also assisted 3,305 customers to switch to us."

“Helping small and medium businesses operate and grow has always been a core focus, but increasingly over the past 12 months we have been able to support some of New Zealand’s larger businesses. The coming year will see new capabilities and with that Kiwi businesses can choose to partner with a New Zealand bank rather than an offshore-owned option," Jurkovich said.

Kiwibank's shareholders are the Accident Compensation Corporation with a 22% stake, NZ Post with 53%, and the NZ Super Fund with 25%. Kiwibank paid a $25 million annual dividend this year, compared to no dividend last year.

The charts below come from Kiwibank's presentation.  The bank's press release is here. Yes that would be a good move having you're own banking offices for the public. I always found Kiwi bank off putting due to it's Post Office back water style that didn't fill me with confidence about wanting to bank with them. Plus trying to get an appointment to talk to someone even to arrange a savings account took far too long.

I have accounts with Kiwibank amongst others.....I just open the account online

I prefer to talk to someone so I can negotiate better rates. Can't do that online.

Depends on the branch. I was able to get 0.1% on-top of their special rate for a TD from the bank teller/branch manager at 2 pm on a Sunday. Having a branch open till 5:30 on weekdays and also during weekend makes them the best bank for me.

I'm the opposite. It was one of the reasons I became a customer. It had a wider public function that I wanted to be part of. The changes they've made have just turned it into any other bank. It's actually less convenient for me to bank with them in my City now that they've moved well out of walking distance from the CBD.

Comparatively disappointing on the bottom line against other banks isn’t it? I seem to recall they made some mistakes with IT in the past but at least the business was happy and healthy. Time will tell if this is a temporary setback or if they've lost their mojo.

at least the profit stays in NZ unlike the big 4

IT delays and cost overruns are killing Kiwi bank.

Not that I can see, they took a large IT write-down last year but nothing this year. Their operating expenses where also flat so they're not pursuing growth. What's killed them is the top line performance driven by a reduction in fees. Revenue growth isn't everything in business - but in the long run it's almost everything.

Harbinger of things to come for other Banks too ?