UDC says Shinsei Bank’s strong funding, international experience and reach, coupled with its deep asset finance experience, will be a real advantage in accelerating the growth of UDC in New Zealand

Banking
UDC says Shinsei Bank’s strong funding, international experience and reach, coupled with its deep asset finance experience, will be a real advantage in accelerating the growth of UDC in New Zealand 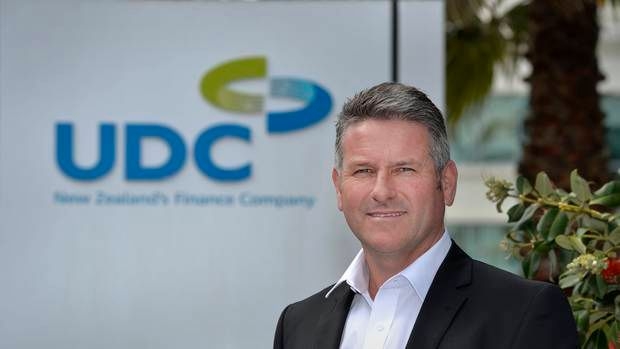 It was also announced that ANZ and UDC have entered into a partnership agreement, "with UDC continuing to be ANZ’s asset finance partner and we are jointly committed to supporting shared customers".

It said the securitisation was a stapled financing to ANZ's sale of UDC to Shinsei Bank, funding into the completion of the share sale. Russell McVeagh advised on the structuring, syndication and implementation of the transaction.

“Shinsei Bank’s strong funding, international experience and reach, coupled with its deep asset finance experience, will be a real advantage in accelerating the growth of UDC in New Zealand,“ Percival said.

Shinsei Bank Group is a diversified financial group that operates asset financing, and vehicle lending businesses similar to those of UDC within Japan and offshore.

Shinsei Bank CEO Hideyuki Kudo said he was delighted to complete the purchase and for UDC Finance to become part of the Shinsei Bank Group.

“We believe UDC is a stand-out performer and will be a major asset for the Shinsei Bank Group. UDC Finance will continue to operate as an independent finance company and we are taking a long-term approach to building and growing UDC in New Zealand,” he said.

“Shinsei Bank's intention is to retain all UDC staff, retain all operations in New Zealand and provide the capital needed to grow our funding to our customers.

“We are excited about the opportunity.  UDC has a significant role to play in supporting the growth of the New Zealand economy and helping businesses and people with their financial needs.

He said a new UDC Finance board had been appointed, "and we are thrilled to have former Westpac Banking Corporation CEO Dr David Morgan come on board as Chairman. David has a long connection with Shinsei Bank. He is currently a partner at JC Flowers".

“The board will benefit greatly from David’s leadership and strategic guidance, in particular through this next phase and as we face the ongoing economic impacts of Covid-19.”

Percival said Shinsei Bank’s investment in UDC is an important vote of confidence in the New Zealand economy.

“UDC will continue to operate as a strong, independent finance option in New Zealand, supported by the global expertise and strength of Shinsei Bank, to deliver critical asset funding that will help to fuel our economic recovery,” he said.

“Shinsei Bank will be growing the company in New Zealand, which is great. They like and understand the industries UDC operate in - construction, aviation, road freight, forestry and the automotive industry.

“Most importantly they understand the importance of customer relationships, which has been the key to the success of UDC Finance."

ANZ must have made out like robbers with this. The value of debt in NZ has gone through the floor. People can just borrow exhorbitant sums against their inflated property values at close to zero %. Also, I wonder how bullet proof the debt bubble is right now.

I think you’ll find that they finance cars and commercial equipment not residential property.

So, ANZ shares will go up ?