Costs fell after BNZ was able to release a $35 million holiday pay provision booked in the September half last year. The provision release follows a Court of Appeal judgment in a broader Holidays Act case featuring Metropolitan Glass.

The bank reported a credit impairment charge of $21 million versus a write-back of $17 million in the March 2021 half.

Disclosures from BNZ's parent National Australia Bank (NAB) show BNZ's home loan portfolio had an impaired loans ratio of 0.00% at March 31, with just 0.09% of the portfolio at least 90 days past due.

BNZ's serviceability interest rate, the rate it tests mortgage applicants' ability to repay at, is currently at 6.75%. CEO Dan Huggins says this is under review and he expects it to increase, possibly as soon as next week. After increases this week, ASB's now at 7.35% and ANZ at 7.15%.

NAB says BNZ's overall housing portfolio is well positioned for the higher living costs and rising interest rates being felt by customers, with 46% of BNZ's housing book running ahead of scheduled repayments. Additionally its own loan-to-value ratio speed limits are lower than those applied by the Reserve Bank. 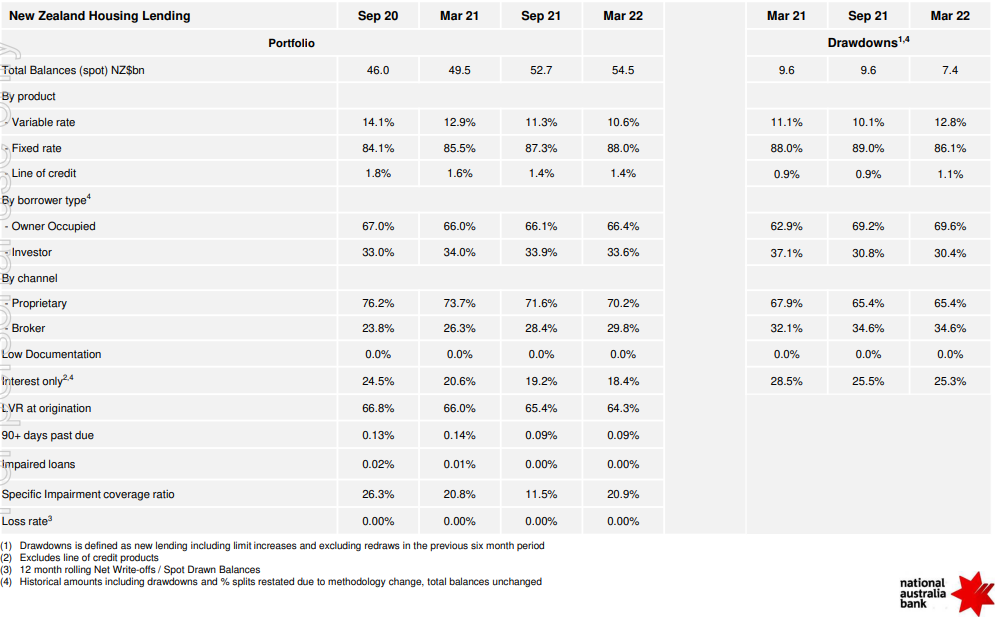 *The links below take you to BNZ's statement and others from NAB.

So they're making money over fist, but applying a higher stress test rate, cause you know, some silly customers may have borrowed too much.

If there's one thing we can all be thankful for during these tough times for many New Zealanders it's that the banks are making record profits and the finance minister is pushing to put in a bank protection insurance scheme to keep them in gravy at a cost to taxpayers should job losses happen.