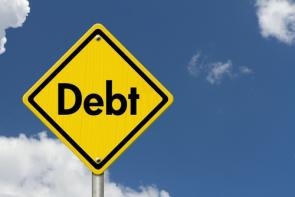 Whilst this is a drop in the ocean given total housing loans - dominated by banks - of $253.867 billion as of August, the growth numbers are strong.

Across the full sector credit categories, August annual growth rates came in at 6.1% for housing debt, 5.6% for consumer debt, 6% for household debt which combines housing and consumer loans, 5.5% for business debt, and just 2.8% for agriculture debt.

"Despite prices in many large centres slowing and turnover muted, the slowing in mortgage lending growth appears to have bottomed out over the past few months. Although there are a number of complex factors at play in the housing market at the moment, we continue to expect the general trend to be one of slowing price and therefore mortgage credit growth," Mundy said.

"Business credit growth appears unaffected by the weakness in investment intentions so far, but the risks remain skewed to slower growth if due to persistently low business confidence. Finally, agricultural credit growth remains unchanged at low levels as uncertainty in the industry is likely to be impacting on investment appetites."

Mundy noted that since 2016 the combination of loan-to-value ratio restrictions, the general election, housing policy uncertainty and affordability constraints have weighed on housing sales volumes and house price growth.

"With the OIO [Overseas Investment] Amendment Act coming into force in late October, Kiwibuild homes underway and a recent easing in mortgage interest rates, the outlook for credit growth is not entirely clear. On balance, however, we expect both house sales and price growth to remain muted going forward, in part reflecting our expectations for lower net immigration and a solid pipeline for residential construction. Therefore, we continue to expect housing credit growth to continue to ease modestly over the remainder of the year," said Mundy.

We went through a non-bank lender for our first home because no bank would look at us while I was the only person in the household working. The interest rate's a bit higher at 5.5%, but my mortgage is in the mid 100's so in interest dollar terms it's not a big deal.

Will probably go to a bank after our 2 year fix is up and see if i can get a better rate now that we are a dual income household, but I don't think they're going to roll out the best rates for a mortgage our size.

At the time our broker was telling me the banks were tightening up due to the responsible lending code, so a lot of the credit unions were getting on board and taking on this lending at a higher interest rate. Being wholly deposit funded a lot of them probably had some money sloshing around looking for a better return.

So non bank lenders are not subject to the same regs constraints etc as banks??? Is that because they are automatically assumed be good conscientious lenders so don't need supervision?

The RBNZ regulates deposit taking institutions (aka banks) for the benefit of deposit holders.

The RBNZ does not regulate non deposit taking institutions.

FYI, the finance companies which failed in 2008-2010 period were all non deposit taking institutions.

Hmm... So who is more greedy? Banks or the public themselves? I think there is a belief that more the debt, the better it is.

I was waiting to read exactly who or what is a non bank mortgage leader???

There have been a number of property owners who are having difficulty refinancing their interest only loans from banks to turn to the non bank lenders as a source of refinancing.

Some points to note:
1) The non bank lenders do charge higher interest rates than the banks.
2) there is much smaller lending capacity of the non bank lenders as a whole than the banks. At some point they may reach their maximum combined lending capacity and any other bank borrowers who need to refinance their interest only loan may find that the non banks have reached their lending capacity and be unable to refinance. A borrower in such circumstances may then either start making P&I payments to the bank (which might may the property cashflow negative) and / or decide to sell their property. This could result in an increased in properties listed for sale.

CN, the findings of the FMA investigation will be eagerly awaited and the resulting dramatic change in lending behavior will catch many by surprise. Behind big cheesy smiles, banks will label it all as "lessons learnt". The race to fortify lending books will begin and intensify over time. Another reason to expect house values to continue sliding.