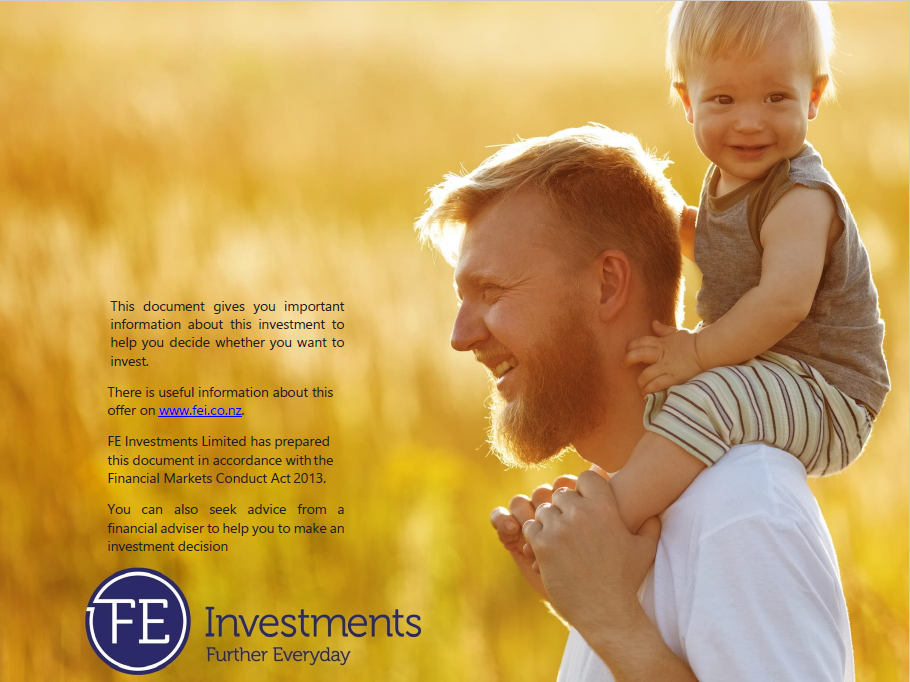 [ Updated: See the Company statement at the foot of this article. ]

Non-bank deposit taker FE Investments (FEI), which is holding about $55 million worth of public depositors' investments in this country, breached its capital requirements under the terms of its trust deed in both October and November.

Following the trust deed capital requirement breaches,  the parent company, FE Investments Group (FEIG), which is listed on the ASX, has been tipping more money into FEI.

The capital requirement breaches have not been mentioned in any of FEIG's many recent statements to the ASX but were disclosed in the New Zealand subsidiary's most recent product disclosure statement issued just before Christmas.

In the PDS the company says the capital breaches are "due to the new IFRS 9 accounting standards which require FEI to take a dynamic approach to provisioning of the loan portfolio. by making assumptions as to the likely provisioning for the coming 12 months".

The company says if compliance breaches continue to occur, FEI could be subject to enforcement measures such as financial penalties by the Reserve Bank of New Zealand as well as the Financial Markets Authority "and in a worst-case scenario have its deposit taking licence revoked".

According to the New Zealand subsidiary's latest quarterly ongoing disclosure as at December 31 the capital ratio was at 9.72% - so above the required 9.5% - following the tipping in of more money from the Australian parent.

In a series of transactions at the end of last year companies associated with the principals of both the FEI parent and New Zealand subsidiary first redeemed (for a little under $1.4 million) preference shares held in the New Zealand subsidiary and then reinvested that money into the ASX-listed parent. Then the parent tipped in around $3 million, giving a net capital boost to the NZ subsidiary of around $1.6 million.

It's been an eventful few months for FEI in New Zealand because in November it had to reissue its annual accounts after after failing to disclose substantial payments its principals received through another company they control.

The new set of accounts were then given a qualified report by auditors KPMG, who said they hadn't been able to obtain sufficient audit evidence to corroborate the completeness of the related party transactions.

The latest product disclosure statement notes that FEI now has new auditors, with William Buck Audit (NZ) Limited having been appointed on December 10.

Setting up shop in Australia

Undeterred by any of the apparent setbacks, the Australian parent company is pressing ahead with plans to raise funds from the public in Australia and last week it announced that it has received an Australian Financial Services License (AFSL).

In a statement to the ASX the Australian parent said: "This is a significant milestone because it enables the Company to pursue its strategic plan of expanding further into the Australian marketplace using the same successful model that the Company has operated in New Zealand since 2003.

"The Company plans to issue debt securities to retail and wholesale clients with terms ranging from 6 months up to 5 years to raise additional funding for its business lending of small -to-medium companies in Australia.

"The AFSL will provide the Company with an important competitive funding cost advantage over other vanilla funding packages. The Company continues to focus on business lending in the small-to-medium market with loan sizes ranging between AUD $5,000 -$1,000,000. Our lending activities will be supported by the new version of our technology platform, which is due for release shortly, ahead of schedule."

FE Investments, established in 2003 originally under the name of First Eastern Finance, is Auckland-based and has a 'B' long-term issuer credit rating with negative outlook through S&P Global Ratings (ratings explained here). After a reverse takeover in 2017, FE Investments became a wholly-owned subsidiary of an ASX-listed company now called FE Investments Group.

The principals of both the NZ and Australian businesses include founders (and current executive directors) of FEI, Thatt Kiong ('TK') Shim and Mel Stewart, along with Marcus Ritchie.

The Australian parent company reported an after-tax loss of A$1.358 million for the six months to September, compared with a restated loss of $1.094 million for the same period a year earlier. FEI in New Zealand is described as its "key operating entity".

The FEI product disclosure statement says FEI has been selling down its property loans in order to free up funds to undertake further lending activities.

"If loans are sold down, FEI acts as a trustee and retains responsibility for managing the loan. Securitisation of property loans is carried out for several reasons. An advantage of securitisation is that it improves FEI’s capital ratio and improves its liquidity. Under the NBDT [Non-Bank Deposit Taker] Regulations property development loans have higher prudential capital requirements (300%) than SME loans (150%) or residential mortgages (35%)," the company says.

As of March, SME loans (including residential mortgages) made up the biggest percentage of the total, at 48%.

FEI said that as at March last year around 57.33% of FEI’s loan portfolio was capitalising in nature, (meaning essentially that interest payable is added back on to the loan total).

The company said the average period of capitalisation in FEI’s loan portfolio is approximately two years with a minimum period of three months and a maximum of four years.

It concedes "there is increased risk on capitalising loans because completion delays or cost overruns result in more income being charged to the loan and there may be insufficient development margin to cover all capitalised income and loan principal".

FEI had eleven capitalising loans where the loan value represents 10% or more than of FEI’s shareholders’ funds as at March 31, 2018 and these accounted for 46.4% of FEI’s total loans

In terms of the $55.453 million of term deposits (up from $44.209 million a year ago), the March annual accounts said that 45% of these are held in Auckland, while 26% are held by non-NZ residents. It didn't give the number of individual depositors.

FE Investments has issued this notice:

FE Investments Group Limited (Company) has been notified that Standard & Poor (S&P) has placed the rating of “B” long term on its wholly owned subsidiary FE Investments Limited (FEI), on CreditWatch pending their annual review. The review is expected to commence shortly.

S&P note that the Company has successfully raised its Risk Adjusted Capital (RAC) ratio since March 2018 by reducing its property development loan exposures and undertaking various capital raising measures. Strong loan growth and reductions in its capital due to goodwill and other intangible assets as part of the company’s merger also influenced the RAC ratio.

S&P’s annual review will focus on the level of capital the Company is required to carry on its balance sheet. S&P and the Regulators (being Reserve Bank of New Zealand and FEI’s Trustee) have different methodologies for benchmarking capital levels. FEI operates above the minimum capital ratio set by the Regulators.

The Company will announce its credit rating once S&P has completed its review.