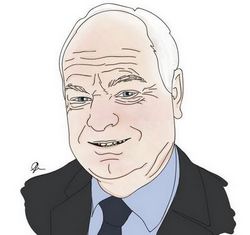 *This article was published in our email for paying subscribers early on Thursday morning. See here for more details and how to subscribe.

Just commenting on the title, and taking some of the historical articles on insurance that have appeared in the media in recent years, I have a few issues here.

Firstly it seems apparent that the insurance industry has accepted risk to a total value, that should a major catastrophe hit they simply do not have the reserves to pay out and fully cover all their risk. Christchurch provided very good evidence of this.

And secondly here is the rub; a 1:200 event? Part of the calculations that the insurance industry uses to calculate premiums includes a calculation to estimate the likelyhood (and potential consequences) of such an event. Usually the portion of any premium for such events is quite small. But when these do not get paid out in any one year, they are raked off as profits, when actually those portions of the premiums should have been saved up to build the reserves to enable them to fully cover the event. Re-insurance which IMHO was originally a gap filler to allow insurance companies to build those reserves, has now become the norm to cover those risks that don't eventuate in any one year. This is the rort that insurance has become, insurance claiming to provide cover for something no-one has the reserves to cover, but none the less charging for that cover to pad their profits.

Do we need to pay for cover for a 1:200 event, damn straight we do because no one can predict when they will hit. Global warming and climate change are now resulting in major weather events are becoming more common, and what used to be categorised as 1:200 may well now be a 1:50 or even 1:10 event, and no one will be able to accurately forecast when and where these will hit. So the practice of raking off unallocated premiums as profit must stop. and the only way this can happen will be by regulation as all too often we see that the industry cannot constrain itself.

"Global warming and climate change are now resulting in major weather events are becoming more common" Evidence? Stop repeating lies of scare profiteers and try looking at data instead. IPCC, (UN's AGW scare stalwarts state): “there is only low confidence regarding changes in global tropical cyclone numbers under global warming over the last four decades.”, “low confidence due to limited evidence, however, that anthropogenic climate change has affected the frequency and the magnitude of floods.”, “low confidence in the sign of drought trends since 1950 at global scale".
Low confidence is a weaselly way of saying no significant trend.
https://www.investors.com/politics/editorials/despite-what-youve-heard-g...

Really foyle? In the last couple of years locally i have seen more storms and flooding that I have in the rest of my life. I am not interested in tropical cyclone numbers, they haven't affected me where I live. I have seen to footage of people standing on a street in sea water at high tide (not storm surge) so I accept that climate change is occurring, but also understand the debate goes beyond this, but this point you make is largely irrelevant to the one I made. I made no mention of whether what is occurring is anthropogenic as it is also irrelevant. Try to stay focussed on point, and do not disregard the debate on irrelevancies.

Anecdote is not data, your memory of long past events is poor (as for all humans) and it drives irrational responses. Empirical science shows significant long term oscillations in weather patterns - particularly the massive 60 year long pacific decadal oscillations (PDO) that dominates global climate and results in long term swings in weather patterns that are simply beyond human memory. The massaged narrative of 'increased extreme weather' with it's impacts on risk and insurance suits the agenda of academics, politicians and bureaucrats who are carving out publicly funded careers using it, and insurers trying to justify increased premiums but actual weather data shows it is rubbish in the context of long term weather/climate data.

It would appear people are commenting on the insurance element of this title... and missing it is really about the debate as to how much capital banks should hold.

That said, the comments are interesting in a sense as they highlight perceived changes in risk. You cannot rely on historic analysis and experience alone, there is a need for subjective assessment as to what the risks are now.

How the RBNZ have arrived at their 1:200 year event is highly questionable... moreover the contagion risk in the banking sector that was evident in the GFC is considerably less via the introduction of Central Clearing houses. Has the RBNZ factored this in when analysing banking crises.

I tend to agree with Geof Mortlock that its high time we had regular external assessments of the capability of the RBNZ (and the FMA).

You are correct - the catch line is an analogy. However bank capital requirements have been well discussed on this site before. The question is I guess is whether the CEO is threatening us by saying that the bank will continue to take it's exorbitant profits and just pass on the cost to its customers. Or perhaps they'll just gap it and pull out of NZ altogether? All I can say to those two positions is good luck as he loses market share, and profits. What is more likely is they will all clump together and collude to do something that will essentially hold NZ to ransom. Then the Commerce Commision will have some more work to do as will the RBNZ.

100% agree... although I wonder if the CEO is merely seeking to tweak the terminology so as to make the question more tangible for the general public. Sure we can argue as to who pays for it and who should pay for it (customers or shareholders) but that it almost a separate conversation as to how much insurance is prudent.

Systemic bank failure a 1 in 200 year event? I'd imagine it would happen much more regularly than that.

Has anyone else seen Martin North's epic 1 hour long Australian bank derivatives exposé? Since the GFC the big four have grown their OTC derivatives exposure exponentially, and we're on the hook if anything goes wrong!
https://www.youtube.com/watch?v=gBvF_DhOe6o&t=2807s

The Banks are intermediaries, plus money filchers to the power of 1/16 of all they survey and blow up. A derivative springs to mind......but they don't mind.
When something pops up. they win, when something blows up in their face, we lose.
(Double standards and also criminal)
As usual, they want it both ways. As the Main 4 are Aussie Banks, no wonder they are gouging both ways, which is criminal in the extreme. They follow the centuries old and also 2008 Financial American theory of Print and be Damned....the suckers will never learn.
I think we should only have one Reserve Bank, one cash point, one loan application, all run by real money Producers, not pretend money officionados. If it ain't in yer pocket, cannot spend into the future.

Why do we have multiple Banks, multiple Multiplyers, if money was real, we would only need one.......and if we returned to real Cash, you could not spend, what you ain't got......But as our Governments all spend what they ain't got, Fat Chance of that.... Debt, before dishonour is their belief...
It is the theory of inflation.....they follow...Screw the citizens as best they can, for as long as they can, then pass the buck to the next. Taxation I think the dream is called. Filching is but my name for it.

Why cannot a Bank pass the buck at weekends. it is a 24 hour service in theory.....but then the theory is keep it, keep it in motion, keep a bit here, a bitcoin there, and put it on the House....like Nuw Zealunders, are noted for in the biggest Fantasy Land, known to Man. Rent a crap house....suckers.

Pop Goes the Weasels..aided and abetted by An Aussie Spruiker.......but backed up by 1/16th of nowt....but zeros and ones.

David, it won't be "Kiwis" paying for it, but ANZ. And not before time that bank shareholders underwrite bank risk properly. Well done RBNZ for finally stepping up as a regulator and looking after the people of NZ.