Investors jubilant at the prospect of central banks avoiding brutally high interest rates, but the danger is far from gone

Bonds / analysis
Investors jubilant at the prospect of central banks avoiding brutally high interest rates, but the danger is far from gone 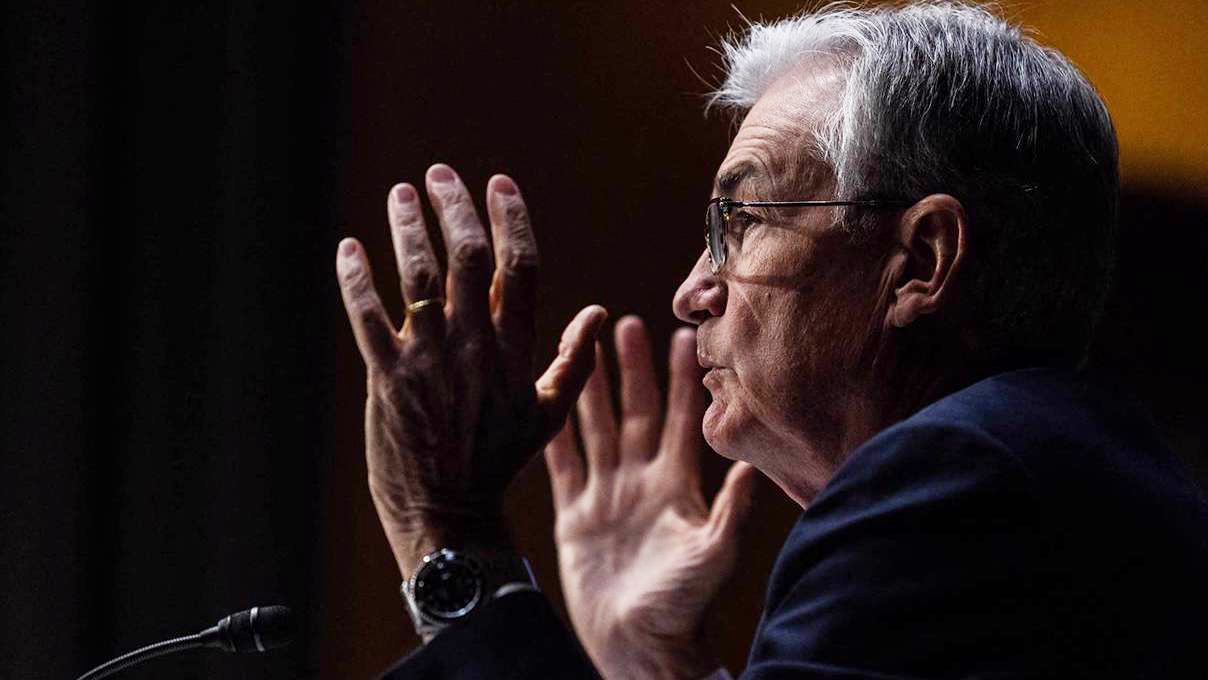 There are days in markets when even the bad news looks like good news. These sorts of days are when everything that is said or happens looks exactly like the answer the glass-half-full side the the market wanted to hear all along. Every comment and every price seems to look like a nail to those with rose-tinted glasses and oodles of cash to hammer away with. Biases were confirmed all over the shop.

Looking at Thursday's action on global bond and stock markets, it was a day when assumptions about soft landings and moderating interest rates seemed to be confirmed by a remarkably chilled and laidback Federal Reserve Chairman Jerome Powell.

The tech-heavy and risk-sensitive Nasdaq jumped 4.3% on Thursday after the Fed hiked by 75 basis points to a range of 2.25% to 2.5%. On the face of it, this was very bad news. It was a second-consecutive 75 basis point hike and the fastest tightening of US monetary policy since the Fed began using the current funds rate system in the early 1990s. But, crucially, the hike had already been well telegraphed and investors were peering well past the decision and over the horizon into 2023.

Investors are betting mild recessions later this year in the United States, Europe and (possibly) China will do the heavy lifting needed to thump uncomfortably high inflation rates back down towards 2% next year. The all-important US 10-year yield was becalmed at 2.78%, indicating investors are confident the Fed has already beaten inflation.

Powell encouraged that ‘soft landing’ view in a news conference Thursday morning, suggesting the Fed may be able to slow down its monetary policy tightening because of an economic slowdown that has already started.

Investors and traders even think the Fed will have to start cutting the rate again next year as looming recessions in the United States and elsewhere suck inflationary pressure out of the global economy, and because higher longer-term wholesale interest rates and price spikes in fuel and food have have already taken the edge off consumer spending appetites that had been pushing prices up.

Why should we care?

The Fed Funds rate is the most important interest rate in the world. It effectively sets the base for everything else, including the ones we pay or receive here. Expectations about where the Fed Funds rates is going drive most of the moves in longer term interest rates globally, including our ‘swaps’ rates underpinning our fixed mortgage rates.

But what the Fed is doing right now is actually less important than what investors and traders think it will do in the next year or two. Right now, they’re looking out past Thursday’s hike, especially given it was in line with their forecasts, to what the Fed might do later this year and early in 2023.

Currently, they see the Fed Funds rate peaking around 3.25% to 3.5% later this year, before being cut back to this new 2.5% level by the end of next year as probably mild recessions in the United States, Europe and even China do a lot of the Fed’s inflation fighting work for it.

That's one of the reasons why New Zealand's two-year wholesale 'swaps' rates, which underpin our fixed mortgage rates, have dropped from almost 4.2% in mid June to 3.92% as of Wednesday night. That explains why banks have trimmed their fixed mortgage rates in recent weeks, despite all the 'in-your-face' noise about recent inflation and imminent central bank moves.

Those who believe in the soft landing thesis can be confident that longer-term fixed mortgage rates have peaked and will fall from here, making a long-term fix less attractive. That's what the 'wisdom of the crowd' in global financial markets are saying right now.

But the herd doesn't always thunder in the right direction. Sometimes they all go off the cliff together. The key is being alert enough to be on the edge of the herd and side-step away down a gully at the last minute.

On Thursday the herd followed Chairman Powell over the edge with a hope of a soft landing.

Sadly “soft landing” will be the new “transitory”.

Central banks have spent the last couple of years telling us what they hope will happen, not what is likely to happen.

For those that believe in a " Soft Landing " this video will be your only Hope Left.

3 Reasons We Will NOT Have A Recession

While Putin continues to do his thing, these sorts of sentiments are glass 9/10's full.

I like how Bernard refers to 'investors' as a collective....who is he referring to? Some 'investors' that don't have vested interests are thinking we could be facing a one in a 100 year market reset.

My feel is we are in for another few big international shocks that'll kick the global economy while it's rasping for air.

China is a big grey area, with hundreds of billions in foreign debt issued to low quality borrowers, the shakiest of which are starting to fall over. Then there's their own internal debt, heavily tied into an overbuilt real estate market.

All that cash printed over the past few years is still sloshing around in the system, just gasping for  bubbles to blow. That isn't going anywhere until it's had the ____  inflated out of it.

Yes, I agree. Some consumer price inflation is now inevitable. After a few years, when the huge debt has been devalued, another Pau Volcker can raise the OCR to 10 or 20%, killing off inflation and starting a new spring. But not now, our indebtedness is too high, raising the OCR now would collapse asset prices and trigger a financial crisis.

Yes, I agree Painter. I sure hope total collapse can be avoided by softened interest rates.

I remember 2007, how it all began as a US subprime crisis.  Then, real estate prices fell in the US. They said it was "contained". Then credit default swaps went through the roof. Fannie May and Freddie Merck, or whatever these mortgage lenders were called, had to be deprivatised. Then Lehman Brothers collapsed. Soon the entire global financial system was on fire. Angela Merkel had to appear on TV to calm the public down and prevent a bank run.

Today, we are actually in much greater peril. The debt level has increased massively since 2008. I understand, in China bank runs may be occurring. This has me really worried. I hope the FED and our central bank will ease on the OCR and our real estate market finds a bottom before going much lower, because going much lower would set off a chain of credit defaults.

Prices have gone up since 2020 to test the consumers willingness/ability to pay. As that threshold was breached a combination of demand destruction and political pressure pushes the prices back down a tad. Prices stay higher than they were in 2020 but cease to raise further. So the 12 month CPI flattens out at 3-4% and inflation can be declared in retreat. We are all a little poorer in reality. But never mind there is now some head room  to cut interest rates at a time when political favor needs currying again.

If it’s a hard landing, they can redefine it like the White House is trying to do with the American definition of an economic recession.

Somebody should tell the herd.....