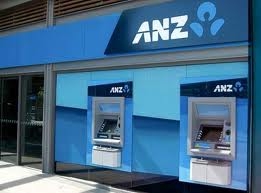 ANZ's New Zealand division net interest margin, which covers its retail, small business, commercial and agriculture units but excludes its New Zealand institutional and wealth operations, dropped seven basis points in the second-half year to 2.59%. Its cost to income ratio was up slightly, to 42.6% at year end from 42.5% at half-year. Year-on-year staff numbers fell 367 to 9,057.

David Hisco, CEO OF ANZ NZ, attributed the lower net interest margin to a rising average cost of funding. He also said net profit after tax included a NZ$135 million after tax charge for the group's simplification programme, which includes shifting the ANZ and National banks onto one technology platform. This project has now cost ANZ a total of NZ$246 million after tax.

"Credit quality has strengthened across the book, reflecting the ongoing recovery of the New Zealand economy from the impacts of the global financial crisis," Hisco said. "Delinquency rates have declined and there has been an overall reduction in the individual provision charge. However, due to lower releases of collective provisions, the overall impairment charge has increased slightly."

"The credit environment continues to improve and business simplification is showing benefits through productivity gains, good customer satisfaction outcomes, market share growth in key segments and higher staff engagement. We have also announced we will move to one brand (ANZ) and this weekend we will complete the move to one technology platform (National Bank's core 'Systematics' platform)," said Smith,

Parent ANZ Banking Group posted net profit after tax of A$5.7 billion, up 6%, and underlying profit of A$6 billion, also up 6% to a fresh record high and slightly ahead of analysts' expectations. The bank says it'll pay a final dividend of A70 cents per share, up 4%, giving a total dividend for the year of A$1.45 per share, up from A$1.40.

Right now , making a profit in banking is like shooting ducks in a tunnel ... you cant miss

I am waiting to see the split between interest and non-interest  (Fee ) income in ANZ's  report .

When compared YOY it will make for interesting reading.

This low interest rate environment has allowed this to happen , giving 1% to 2% to  savers and chargingover 10% on commercial loans .

Nice work if you can get it

my anz master card 20%plus on cashwithdrawls.

no problem there then

Attention yield chasers: Here's a take on the big banks from analysts at RBS Morgans across the ditch. The yields won't be quite as nice for Kiwi punters...

"ANZ Bank reported today broadly in line with expectations, announcing a 79 cent dividend. National Australia Bank and Westpac Bank report in the next few weeks and will pay dividends in mid -December. Buy these three banks now and you can lock in 3 dividends over the next 13 months, providing a gross yield of around 14% (9.9% cash yield). This is especially attractive in a declining interest rate environment. Today the average 90 day term deposit with a major bank will give you a 4.2% cash yield; and if interest rates head lower, which many expect, cash yields will follow this trend. We view the major banks as a very attractive alternative for income investors and rate both National Australia Bank and ANZ Bank as High Conviction buys."

ANZ chief Mike Smith has declared victory in his five-year promise to generate a significant slice of the bank's business from Asia, as he handed down a record $6 billion full-year cash profit.

But he warned that a slowing Australian economy was likely to again see bad debt charges shift higher, with small and mid-sized business customers feeling the pain. Signs of stress were already emerging in pockets of rural Australia.

German, an analyst at Nomura. ANZ's second-half profit of $3.04 billion was up 4 per cent from the same time a year ago. The bank has also made gains on the cost front, traditionally a weak spot.

Much of this was linked to the bank taking an axe to staff numbers, with that of the Australian business falling by 2699 over the year, or 11 per cent of its local workforce. This was offset by some increase in staff through Asia.

So why are banks margins so high . If they have 2million
customers in NZ they could pay each a $600 gift and still walk
away with enough profit for my liking...