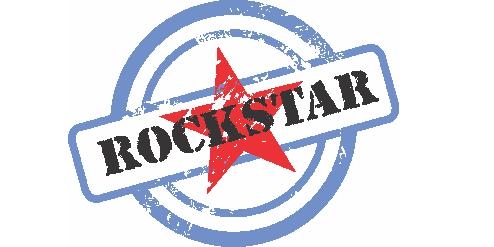 Treasury is warning over the description of the New Zealand economy as being a "rockstar" this year, and cautions that the country doesn't want to become a "one hit wonder".

He said it was "no secret" that New Zealand was in an enviable position, with an economic outlook that was very good compared with most other countries we benchmark ourselves against.

"Rock Star Economy seems to be the phrase on everyone's lips," he said.

"That makes great headlines, but it only really reflects our short-term outlook. It's true that we expect to see a period of higher growth over the next few years, but the Half Year Economic and Fiscal Update forecasts growth to be more moderate after that."

Karacaoglu said some of the risks identified in the update had already started to materialise.

"Domestic demand has been stronger than originally forecast, and the reality is that the global environment will continue to be volatile. It will be important to be responsive to these factors."

He said if New Zealand wanted to achieve the kind of long-term, sustainable economic growth that would consistently raise living standards for New Zealanders, it needed to:

1.    Learn the lessons of the last decade
2.    Show restraint as the economy hits a new gear, and
3.    Use the opportunity of higher growth in the short-term to expand the economy, and create a platform for sustained growth over the long-term

Karacaoglu said the developed world went into the 2000s with a belief that in many respects we'd answered the question of how to achieve stable, long-term economic growth, with steadily rising incomes.

"We were wrong. Governments and households overextended themselves, asset markets became overvalued, and extra revenue wasn't sufficiently used to pay off debt. Then it all came tumbling down. For the last five or six years everyone's had to take their medicine. New Zealand was better placed than many other countries, but has still felt the impact of the Great Recession."

But with things now looking up, this was now the time to show we've learned, he said.

"The question is, what path will we take this time?"

Over the next few years Treasury expected the Crown's day-to-day finances to improve as the economy picked up.

"The temptation might be to spend more," Karacaoglu said

"With the economy operating at or above capacity over the next year or so, too great an increase in government spending risks driving interest rates up higher than they would naturally rise at this point in the cycle. In turn this will put more upward pressure on the exchange rate, and undermine the very export-oriented sectors we want to support higher living standards over the long-term."

Instead, the Treasury's view was that we needed to stay restrained in our spending.

"In particular, we need to tightly manage the Crown's investments in the Christchurch rebuild, to avoid log jams, cost escalations and extra spending.

"We need to keep pursuing efficiencies in the public sector.

"We can tighten government spending if household spending is higher than expected. And we can keep steadily reducing debt over time - having room to move on the Crown's balance sheet was crucial to New Zealand's ability to support demand in the economy during the downturn. It also meant we could deal with the costs of a large earthquake. We need to rebuild the buffer against future crises."

But Karacaoglu said that while short-term choices about how we managed the government's finances were important, the "real prize" was long-term economic growth.

"As the economy shifts into a new gear we have a golden opportunity to pursue lasting gains by lifting productivity."

He said Treasury welcomed the recent public discussions around how to improve educational outcomes.

To make headway in some of these areas would need addressing some complex and persistent challenges, Karacaoglu said.

"That will require innovation, and within reason, we can afford to take some educated risks. We just have to be measured, and invest wisely, with an eye on the long-term. We might be a rock star, but we don't want to be a one-hit wonder."

To make headway in some of these areas would need addressing some complex and persistent challenges, Karacaoglu said."

To achieve this we need some politicians with the balls to deflate the housing market and encourage capital to flow to the right places.