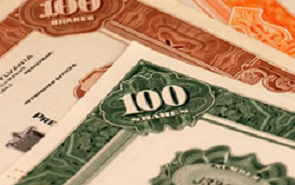 The S&P500 made a new record high on Friday and the US dollar fell across the board after Fed Chair Powell said there was no clear sign of inflation accelerating above 2%, nor the economy overheating.

The main event on Friday was the Fed’s annual Jackson Hole symposium, and in particular Chair Powell’s keynote address.  Powell outlined how the Fed was trying to navigate monetary policy in such a way as to avoid short-circuiting the economic expansion by over-tightening on the one hand versus not tightening fast enough and allowing the economy to overheat and inflation to get away on the other.  The task, he explained, was made all the more complicated by the fact that it’s very difficult for the Fed to know, in real-time, what the neutral interest rate and NAIRU are.

In concluding, Powell repeated the FOMC’s statement that continued gradual tightening remained appropriate provided the economy remained on track.  This likely means the Fed intends to hike rates at its September and December FOMC meetings, in turn bringing the Fed Funds rate to 2.5%.  The market however took note of his comment that "we have seen no clear sign of an acceleration [in inflation] above 2 percent, and there does not seem to be an elevated risk of overheating."  These comments seem to imply that the Fed intends to take the funds rate rates to somewhere in the vicinity of ‘neutral’ in the first instance, with further tightening likely to require evidence of overheating (either in the economy or financial markets) or a more meaningful rise in inflation.   Atlanta Fed President Bostic echoed these sentiments in an interview later in the day, saying “we can just stay in the neutral position and then really just wait until we get some signal of directionality in the broader economy”.  Fed policy looks set to be more data-dependent and uncertain in 2019.

While the market’s initial reaction was to take the Powell speech as dovish, there were two potentially hawkish elements to it.  First, he noted that overheating might be more likely to show up in financial markets (i.e. asset bubbles) than in inflation.  That suggests Fed policy could become more aggressive if risk assets rise sharply from here.  Second, he referenced a recently released staff paper, which concluded that policymakers shouldn’t down-weight measures of labour market tightness, even if it is difficult to accurately measure NAIRU.

Regardless, the market seemed to take Powell’s comments as dovish, with the S&P500 rising 0.4% after his speech notes were released to a new record high.  The 10 year US Treasury yield had risen to 2.85% in advance of Powell’s speech, but moved lower to close at 2.81%, towards the lower end of the range that has prevailed since April.  The market prices a 95% chance of a September rate rise and a 70% chance of a follow-up increase in December.  The market continues to price the terminal rate for the Fed around 2.75%, suggesting the fixed income market doesn’t see the Fed tightening much further after this year.