Air New Zealand slashes profit forecast for the financial year to June; services to Seoul suspended till June; total flight capacity to Asia cut by 17% through to June

Business
Air New Zealand slashes profit forecast for the financial year to June; services to Seoul suspended till June; total flight capacity to Asia cut by 17% through to June 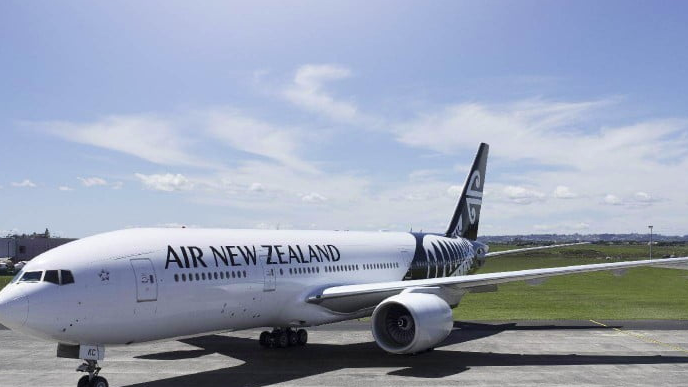 New Zealand's national carrier Air New Zealand has announced a slashing of profit forecast for the year to June, as well as the suspension of services to Seoul.

Air NZ is estimating the impact of the coronavirus could knock as much as $75 million off its profits for the June 2020 year.

It's suspending services to Seoul from March 7 till at this stage at least June. This follows on from previous curtailment of services to China.

The airline says that in the period to June its total capacity to Asia will be down 17%.

The fact that Air NZ is forecasting such severe disruption across the first two quarters of this calendar year will be a red flag to those who have been optimistically hoping that the effects of the virus on the NZ economy may be dealt with within just the first quarter of this year.

Air NZ said this in a statement to NZX on Monday:

"While the situation is uncertain, based on our current assumptions of lower demand as well as the benefit of the announced capacity reductions and lower jet fuel prices, the airline currently expects a net negative impact to earnings in the range of $35 million to $75 million as a result of coronavirus. At the midpoint of the estimated range above, which is approximately $55 million, the airline is targeting earnings before other significant items and taxation to be in a range of approximately $300 million to $350 million."

Previously - as recently as January 28 - Air NZ had forecast profits before other significant Items and taxation to be in the range of $350 million to $450 million for the June year.

The airline is announcing its earning for the half-year to December on Thursday (February 27).

Air NZ said that immediate steps had been taken to mitigate the impact of lower demand  including adjustments to capacity across the Asia, Tasman and Domestic networks. The airline is also increasing market development investment to drive additional demand, specifically across its Domestic and Tasman markets. These actions, in addition to the reduced market price for jet fuel, will partially mitigate the impact of lower demand, however overall earnings for the 2020 financial year will be adversely impacted.

This is a summary of some of the moves:

• The airline announces today that services to Seoul will be temporarily suspended from 7 March through the end of June.

• Tasman capacity reductions of 3% from March through May

• Reductions in Domestic capacity of 2% across March and April, focused on Christchurch and Queenstown services to/from Auckland

Deglobalisation in action. Decarbonisation too.

Just thinking they must be about due for their next bailout.

More in response to the virus.
Especially .South Korea.

Government may well be considering wiring/direct $ transfers into everyone accounts so as folk might get through the next few months.

Just the tip of the iceberg: dropping airline sales will have a downstream ripple effect on other parts of the international tourism industry.

About 1660 rooms in 13 hotels are expected to open their doors this year, and 1080 of those are in Auckland in seven hotels.

I will probably start traveling around my country in affordable way , finally :)

Maybe, maybe not. If you were a European or American holiday maker who planned a trip to Asia, would you not reconsider and rather travel to a country far away?

No, you wouldn't. You would stay at home.

No, people heading to Asia are looking for the experience and price you would not find in NZ , especially if there’s a chance to be quarantined on the receiving side or denied entry.

International travel will all but end for a period of 3-6 months within the next month or two. Who is going to travel when there is a 2-3week quarantine as part of the price? Who is going to staff the planes?

Exactly. International travel will be whacked

surprised its taken them this long to start cut backs,

CCP's leadership is one of the most important factors that such a contagious virus can be contained in such a short period of time in China.

Countries without CCP will suffer greatly from the quick spread of the virus -- now we are seeing number exploding in South Korea, Japan and Italy.

And soon, we will see number explode in South Asia, Europe, South East Asia, and Americas and finally in Australasia.

Yes, they should just follow the CCP and make up the numbers too.

The only thing the CCP has achieved in containing so far are the actual infection and death toll figures.

We will see the number explode because unlike the CCP, the other countries wont lie.

I would not bet on that my life savings

What's going to explode is the Chinese debt mountain.

Winnie the Pooh shouldn't have let this out of their labs.

China did nothing for 3-4 weeks between late Decemeber when they knew about it (only 100's of cases) and late January when there were more than 10 thousand cases. They pre-warned Wuhan residents that they were about to be quarantined so that millions fled spreading it far and wide. They have been lying about the true numbers since the start, and it is only a fantasy that there is any sort of containment - it continues to grow quickly. They have demonstrated the monumental incompetence and damage that corrupt fear-driven autocracies with their default instinct to cover-up problems always display in crisis.

Some suggestion this first came about in late October,around 70 Iranian army personnel were training there at that time and rather strangely Iran now has a serious problem on their hands with infections in over a dozen towns and cities.

Very unlikely with the way the virus growth has tracked. Patient zero was early december in Wuhan.

Xing - CCP should have a vaccine by now if its escaped from your lab. No pt in having a bio weapon if the home boys cant be protected.

How do you know the CCP faithful aren't already vaccinated?

May just be another ol' fashioned purge of the serfs.

The CCP contained nothing. Everyone is going to be sent back to work to stop the economy imploding. The virus is endemic and will continue to spread rapidly in China. 450 people per day dying of COVID19 in Wuhan alone. https://www.youtube.com/watch?v=5-nv7j9HEgY
The end is nigh for that honey loving bear (here's hoping). If that happens we will really find out how much honey he has stashed away at the expense of the people.

Very good report. 10 days old now. But shows the scale of the lies coming from China. Even 20 days back there were ~60% of deaths occurring at home, and about 4-5x more people than normal dying. 450 a day, which, even with no increase would mean 15000 just in Wuhan in last month. China admits to only 2500 since start of outbreak. Shows that true numbers of deaths and infections are 10-100x larger. China has now cut off internet in badly affected areas to stop embarrassing stories that show their lies leaking out.

Reported your CCP propaganda for the 3rd time... Not sure why the moderator allows this.

1. Free speech.
2. Gives us something to laugh about.
3. Gives others the chance to present some fact to counter the propaganda.

4. Good lesson to show your children (or those you know less discerning) an example of propaganda. Even better that it isn't just a single article or book, but a trend.

True, it is good to have this stuff out there. Highlights how dangerous it is for our politicians to be appearing to be under the influence of CCP cash too.

Yep, every ridiculous comment that Xingmowang makes in favour of the CCP on this forum is detrimental to our view of the CCP. It's not effective at all. Hand him the rope as they say...

If your country enforced better sanitation then we wouldn't have this outbreak in the first place.
Your country is a great pretender.

When the cities of Beijing are empty, you can't help but start doubting the official death toll. China wouldn't implement such extreme measures if it was just 2000 dead...
https://www.bbc.com/news/av/world-asia-51565016/coronavirus-walking-thr…
Also, the banks' propaganda that this is only gonna have a short term effect is BS. It's just starting to get bad in countries outside China. My guess is that China's also not past the worst yet.

agree , now Italy is taking traction , so travel ban for those travelling from Europe is probably not too far away

CJ, I've just:
by CourtJester | 24th Feb 20, 12:46pm
Reported your "anti" CCP propaganda for the 3rd time... Not sure why the moderator allows this.
LOL
I added the "anti" of course
The answer to your question is freedom of speech, no matter how outlandish it may seem, even your opinion

Double standards much? Your best friend TTP has been advocating for "DGM" comments to be banned and you were happily nodding along. But foreign propaganda from a system that operates gulags and is actively trying to influence NZ politics is just fine?

I guess so.
Assuming X isn't directly sponsored by the CCP...

I do hope our PM stands firm towards the return of students from China or other infested countries to NZ, not being racist, just trying to protect NZ. It's not time be soft and meek

What would ol Soymon be doing - open doors I presume for all his mates?

I bet she will give in....
She is a woman of compromise

Multiple flights a week still arriving directly from China. Air China ex Beijing. China Southern from Guangzhou, China Eastern from Shanghai.Throughout the entire period of the "travel ban". Would love to know what the average number of passengers is arriving on these flights. Or do the Chinese government-sponsored airlines not mind flying empty planes around. Are the passengers all really NZ Permanent residents or immediate family of permanent residents? Are they all self-isolating for 14 days after arrival?

Air NZ needs to serious scenario planning , like they have never needed before , and should immediately take steps to understand the full extent of likely spare capacity , and do whatever it can to delay contracts for new aircraft ............... this is not a time for navel gazing ...............

a lawmaker in Qom says 50 dead there, 7 last night alone, which from typical 1-200 infections per death seen in Korea, Japan means 5000-10000 infected in Qom alone. It will inevitably spread through middle east, killing off major international air-routes.

There will be a decent amount of people travelling as a reaction to impending pandemic - getting home to hunker down. But that will dry up pretty quick, then... tumbleweeds.