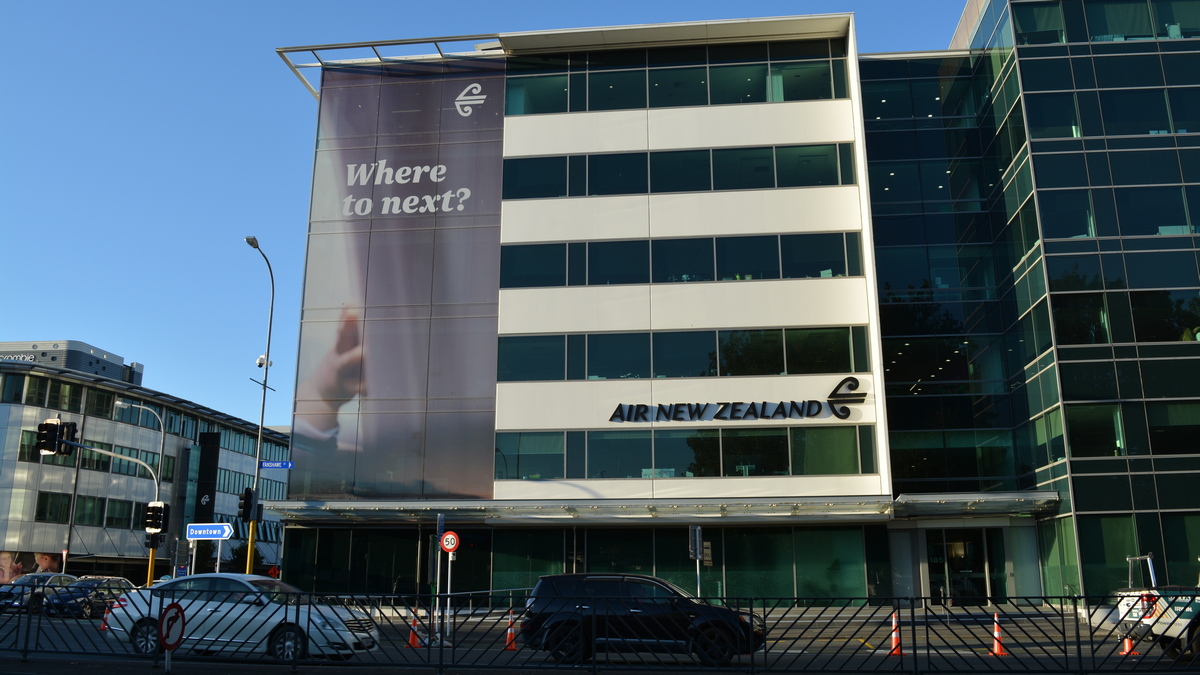 New Zealand's national carrier Air New Zealand is brutally slashing its international flight capacity by as much as 85%, while domestic services will be cut 30%.

The 85% reduction will apply to long haul services, while Air NZ says there will be significant reductions on shorter international services too, but it's still working through those.

The domestic service cut is at this stage for April and May, with Air NZ to presumably review it later.

Air NZ put its shares in a trading halt on the NZX on Monday to give itself time to work through details of its plans - which of course are an emergency response to the far reaching travel restrictions put in place by the Government at the weekend.

Also on Monday Auckland Airport withdrew its profit guidance for the financial year in reaction to the weekend developments. The Auckland Airport shares dropped 11.5% in early market trading.

Here is the Air NZ statement:

Air New Zealand is further reducing capacity across its network as a result of the impact of Covid-19 on travel demand.

The airline placed itself into a trading halt today to allow it time to more fully assess the operational and financial impacts of global travel restrictions.

On its long haul network Air New Zealand will be reducing its capacity by 85 percent over the coming months and will operate a minimal schedule to allow Kiwis to return home and to keep trade corridors with Asia and North America open. Full details of this schedule will be advised in the coming days.

Among the long haul network capacity reductions, the airline can advise it is suspending flights between Auckland and Chicago, San Francisco, Houston, Buenos Aires, Vancouver, Tokyo Narita, Honolulu, Denpasar and Taipei from 30 March to 30 June. It is also suspending its London-Los Angeles service from 20 March (ex LAX) and 21 March (ex LHR) through to 30 June.

The Tasman and Pacific Island network capacity will significantly reduce between April and June. Details of these schedule changes will be announced later this week.

On the domestic network, capacity will be reduced by around 30% percent in April and May but no routes will be suspended.

Customers are advised that due to the unprecedented level of schedule changes they should not contact the airline unless they are due to fly within the next 48 hours or need immediate repatriation to New Zealand or their home country.

Chief Executive Officer Greg Foran says that while airlines face an unprecedented challenge, Air New Zealand is better placed than most to navigate its way through it.

“The resilience of our people is exceptional and I am consistently amazed by their dedication and passion for our customers,” Mr Foran says.

“We are a nimble airline with a lean cost base, strong balance sheet, good cash reserves, an outstanding brand and a team going above and beyond every day. We also have supportive partners. We are also in discussions with the Government at this time.”

As a result of the downturn in travel Air New Zealand continues to review its cost base and will need to start the process of redundancies for permanent positions acknowledging the important role partnering with unions has in this process.

“We are now accepting that for the coming months at least Air New Zealand will be a smaller airline requiring fewer resources, including people. We have deployed a range of measures, such as leave without pay and asking those with excess leave to take it, but these only go so far. We are working on redeployment opportunities for some of our staff within the airline and also to support other organisations”.

Mr Foran says the airline is working constructively with the heads of the four main unions representing more than 8,000 of its workforce to ensure the right outcome for all staff.

“I would like to thank the leadership teams at Etu, AMEA, NZALPA and Federation of Air New Zealand Pilots for the way in which they are engaging with the airline and positively representing the interests of their members. These are unprecedented times that we are all having to navigate. And it is clear that if we don’t take all the appropriate measures to lower costs and to drive revenue, our airline won’t be in the best position to accelerate forward once we are through the worst of the impact of Covid-19.”

As part of Air New Zealand’s cost savings initiatives the Board of Directors will take a 15% pay cut until the end of this calendar year.

The trading halt continues to be in place after this announcement.

This is the announcement from Auckland Airport:

Following the international outbreak of COVID-19 and strict new border controls, Auckland Airport has today announced it has suspended earnings guidance for the year to 30 June 2020.

Chief Executive Adrian Littlewood said given the unprecedented scale of the new border restrictions announced over the weekend and uncertainty over the impact on the business, Auckland Airport has withdrawn its earnings and capital expenditure guidance for the current financial year to 30 June 2020.

“Auckland Airport is a strong, diverse and resilient business, but these are unprecedented times,” said Mr Littlewood.

“The health and safety of our community has to come first and we support the Government in its efforts to protect the health of New Zealanders and reduce the threat of transmission of COVID-19.”

Mr Littlewood said Auckland Airport was working to communicate the border changes to the 30 airlines that fly routes to the airport, but it was too early to judge the impact on future passenger and cargo air services.

“Aviation and tourism are vitally important to New Zealand, supporting thousands of businesses and jobs. The future is very uncertain and our industry and government are pulling together so we can manage our way through this period and ensure we are in a strong position to rebuild, when the recovery phase eventuates.

“The focus for Auckland Airport today has to be on maintaining our airfield operations and supporting front line workers and the Ministry of Health in protecting New Zealand against the spread of COVID-19.

“We are working through what the changes mean for our organisation to ensure we remain resilient through this challenging period,” said Mr Littlewood.

It's times like these that one has to give kudos to Cullen and Clark for the buy back of Air NZ;

And then what did the Key government do?

Kate, ; purely from a corporate point of view, what is the difference between owning 90% of a company vs owning 52% of it? Is there an optimum ownership percentage?
If 51% owned by government, it is a government owned (as they can do anything they like with it).

I would have thought the sell down looks like genius now. Govt only on hook for 52% of the risk exposure and, if capital is required, would increase its stake.

I’d say it’s 3. Why do the people need to own an airline? The fact it tanks every so often is a reason not to own it.

According to Magic Talk this morning,2 flights arriving from China today.i thought that they had suspended
flights from China.

No - we have never officially suspended flights.

We stopped any foreign national who did not have NZ Citizenship or permanent residency from entering directly from China. By memory about 7,500 people had arrived on inbound flights from China within the first week of the "Ban"

Why worry about China? They have 14 new cases today and there are 43 countries with more new cases (Australia has 52). If a flight arrives from China the main worry is if it has transitted in Australia.

Comming soon: "Too Kiwi to fail."

Air NZ may deserve a chance to restructure but having one carrier in New Zealand shouldn't be the outcome.

They can use the planes for quarantine and self isolation ? Just wondering.

I'll check in with a neighbour tonight, as to the staff-level effect of the AirNZ move. I suspect there will be a lot of interim 'care & maintenance' work fleet-wise but there's a limit to checking airframes, control systems, engines etc. Can't imagine any sales staff being needed for some time, and they sure as sugar cannot be plugged into C&M.

Kate: We the Taxpayers just get a twofer: paying for the AirNZ bail-out Plus the unemployment benefit - and/or whatever is cooking and being taken out of the oven (half-baked, but of course) tomorrow....

"We also have supportive partners. We are also in discussions with the Government at this time"

Isn't it a moral hazard to assume the Government will bail you out?

The govt doesn't bail anyone out.
Your fellow tax payers, including those not yet born, are the ones who are being lumbered with all this debt.
If the media had any balls they would be pointing this out - but even they seem to think some other 'being' is funding this nirvana of cash.

Its ridiculous, the taxpayer owns Air NZ, the govt should over ride that redundancy action and keep everyone employed. Hell theres going to be a obvious need for an airbridge anyway once the samller companies start shedding staff and decide their sponsered visa employees need to leave NZ....