The Week in Tax: Inland Revenue gives more time to file, 44,000 taxpayers enter into instalment arrangements, and watch who you choose as an executor

The Week in Tax: Inland Revenue gives more time to file, 44,000 taxpayers enter into instalment arrangements, and watch who you choose as an executor 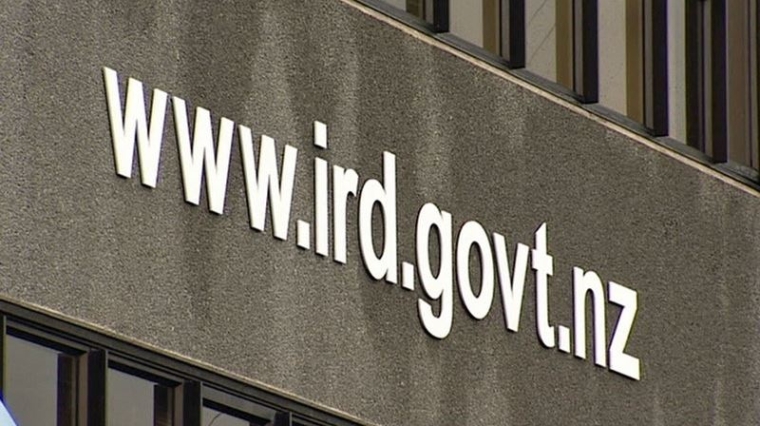 This week, a roundup of several useful COVID-19 related variation Determinations released by Inland Revenue, a reminder to be careful about who you choose to be an executor of your will, and a temporary increase in the write off threshold for tax to pay for PAYE earners.

As part of the response to the COVID-19 pandemic, a specific discretion was introduced into the Tax Administration Act to make clear Inland Revenue’s ability to issue variations to requirements under the various Inland Revenue Acts. Basically, the conclusion was that Inland Revenue needed more discretion to be able to extend the filing date, due dates for tax returns and various other filing requirements.

This was part of one of the first earliest pieces of legislation enacted in April. Following that, Inland Revenue has now used this discretion to issue five Variation, Determinations, setting out the requirements for when it would apply its discretion in certain situations.

The first one deals with a variation to extend the time to file a look through company election. Now, normally, that must be done by the start of the relevant income tax year i.e. 31st March.   This variation now extends the deadline to 30th of June 2020, which is a welcome little addition.

Look through companies are tricky elections at times. I've been involved in several cases where elections have gone missing or somehow weren't filed at the right time. And that ends up with a lot of finger pointing everywhere. So under the added stress of a COVID-19 pandemic, this added flexibility fromr Inland Revenue is good to see.

But the next two variations are probably of most relevance in these interesting times. The first one is variation COV 20/04, which extends the time for writing off bad debts. Now, basically under Section DBI 31 of the Income Tax Act, a debt must be written off as bad in that income year. So that normally for the year ended 31st March 2020, if you've got a bad debt, you must have written it off by 31st March 2020. What this determination does is extend that write off period to the 30th June. It's a useful concession, although as always, there's a couple of caveats here.

Firstly, that the person did not write the debt off by 31st March 2020 because of the COVID-19 impact.  In other words, the disruption to their processes meant they weren't able to process bad debt write offs as they would normally have done so. And the second one is one I think is going to cause a few headaches, because if it gets down to significant interpretation.  In writing off the debt, the person can only take into account information that was relevant as at the end of the 2020 income year. I'm not sure exactly what was meant by “relevant” here? You might be aware that a business was struggling but hadn't decided to take action. Would that count? We don't know. I suspect this is one of those caveats that's been put in more as a protection. But we could see in a few years a significant tax case on the issue.

And the final variation, which is going to be helpful, is one that extends the time for using tax pooling transfers. Now, regular listeners will recall that I had a podcast session with Chris Cunniffe of Tax Management New Zealand late last year. Using tax pooling companies like TMNZ extend the time through which you can make payments of provisional and terminal tax yet be deemed to have made the payment on time. SO they're very useful mechanism of managing cash flow and minimising the impact of use of money interest.

Now, what this determination does it extends the time for which a person can put in place a contract with a tax pooling company in order to meet the tax due for the 2019 tax year. And that time would normally have expired by now. But this variation gives an extension until 21st of July 2020.

The caveats in this instance is that between January 2020 and July 2020, the business must have experienced, or for June and July 2020, be expected to experience a significant decline in actual predicted revenue. As a result, they were either unable to satisfy their existing contract for 2019 tax or they weren't able to set to enter into a tax pooling arrangement with a tax pooling company.

The “significant decline” in actual revenue has got to be at least 30% and must be COVID-19 related.  So that last criteria is a little bit vague because it doesn't address a position where the company was struggling to make the payment before COVID-19 turned up anyway?

Instalment arrangements and use of money interest

And the rate of use of money interest popped up in a story on Thursday.  It talked about the arrangements Inland Revenue is putting in place with taxpayers who have been struggling to meet their liabilities. And some of the taxpayers putting arrangements in place have also experienced the impact of use of money interest and late payment penalties.

But anyway, the numbers of taxpayers who have entered into what we call instalment arrangements with Inland Revenue rose from 16,445 in April to 26,073 in May. And on average, the debt under arrangement was just under $18,000. So that's nearly $800 million going under arrangement. We're going see more of this, as I've said this previously.

Now Inland Revenue has lowered its use of money interest rate to 7% but it’s significantly higher than the 0.25% Official Cash Rate. I suggested in the article that it was well past the time late payment penalties were abolished.  These apply in addition to use of money interest and add another one percent immediately, then a further four percent if it's not paid within seven days, and then continue at a further one percent per month thereafter. There's no evidence late payment penalties encourage any prompter payment when compared to other jurisdictions that don't have them.

Currently about 87% of taxes are paid on time under the current regime.  There’s little evidence late payment penalties make any discernable difference to prompter payment.  They just cause resentment and a 7% use of money interest rate is a very substantial deterrent in these low interest times.  We'll see if when things settle down a bit there's finally some movement made in this area.

Beware your choice of executor

Moving on, one thing about tax that keeps me busy is the accidental tax impacts of sometimes quite apparently innocuous decisions. And one such example that I've come across recently is appointing an executor who is resident in Australia.

This seems fairly straightforward. You may have a parent here in New Zealand with three children, one of whom lives in Australia and the other two here. Under the under the will the parent appoints all three as executors. This is not an uncommon scenario.

Problem is that the Australians view a trust as being tax resident in Australia If any trustee is resident in Australia.  And as I discovered recently, this also applies to personal representatives or executors of the states. You have a deceased estate of a person who died here in New Zealand. All the assets are here in New Zealand. But in the scenario I outlined earlier, one of the children who is an executor lives in Australia.  This currently is sufficient for the Australians to consider the estate to be an Australian estate and therefore taxable. How exactly that is enforced is not clear, but this position is a very real risk.

So, here's a reminder for people who may be considering wills in these uncertain times. Just be sure to cover off the tax consequences if it so happens you have someone such as a child you want to either appoint as an executor or make a beneficiary, who is living overseas.

And finally, back to a COVID-19 related matter. The Government has temporarily increased the write off limit for unpaid tax for people on PAYE from $50 to $200. Right now, Inland Revenue is going through approximately two million people who are on PAYE and doing the automatic calculation of their liabilities for the year ended 31 March 2020.

And the general rule was if they owed $50 or less, it would be written off. But above that amount, they'd have to pay. And what's happened is they've decided as an interim measure to help people through this pandemic is to immediately increase the $50 threshold to $200. It only will apply for the year ended 31 March 2020.

This is only available for individuals whose year-end tax liability is calculated automatically.  If you are required to file a tax return, because, for example, you've got a rental property, you're not covered by this change.

Well, that's it for this week. Thank you for listening I'm Terry Baucher, and you can find this podcast on www.baucher.tax or wherever you get your podcasts. Please send me your feedback and tell your friends and clients. And until next time, Kia Kaha stay strong.

This article is a transcript of the June 19, 2020 edition of The Week In Tax, a podcast by Terry Baucher. This transcript is here with permission and has been lightly edited for clarity.

I got stung by the 'by the way', hopefully will be resolved