The Business Finance Guarantee Scheme that's failed to fly was announced on the fly, without banks on board and with Treasury aware small business were actually most in need

Business
The Business Finance Guarantee Scheme that's failed to fly was announced on the fly, without banks on board and with Treasury aware small business were actually most in need 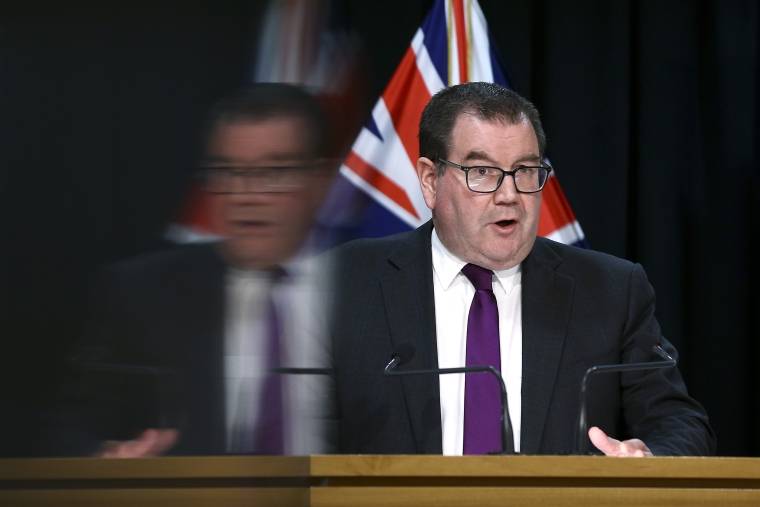 The Government in March told businesses they could get $6.25 billion of partial taxpayer-underwritten loans from their banks, before it had banks on board the scheme.

The New Zealand Bankers’ Association confirms Treasury officials met with its members, including the CEOs of the country’s biggest banks, on March 16 to talk at a high level about the possibility of introducing a term lending facility.

Four days later, on March 20, Treasury gave Finance Minister Grant Robertson a proposal around what a government-underwritten facility could look like, saying it would report back once it had talked to banks.

Treasury stressed the Minister got his ducks in a row before going public with the scheme, saying (in underlined text), “We are hoping you can announce in around a week’s time, but this will depend on the urgency you indicate and reaching agreement by the banks.”

Yet on the same day, Robertson unveiled the Business Finance Guarantee Scheme (BFGS).

Global financial markets were in meltdown mode at the time, as panic about the spread of COVID-19 ramped up.

Robertson said businesses with annual turnovers of between $250,000 and $80 million would be eligible to get bank loans of up to $500,000 that would be 80% underwritten by the Crown. The idea was to take some of the credit risk from banks to encourage them to lend to businesses in need of working capital.

‘The faster we establish this facility, the higher the risks’

Treasury, in its March 20 report released today, told Robertson: “Actual deployment may require IT system changes in the banks. We will discuss a timeframe with the banks, but our current working assumption is that deployment could take up to six weeks.

“There will be operational implications (including resourcing needs) for the Treasury depending on the uptake of any scheme, and the number of firms that default on their loans. Both of these factors are hard to estimate at the moment.

“While we are eager for a light-touch approach, we want to ensure a secure and well-understood approach, and meet the audit requirements of the Office of the Auditor General. There is a need to balance timeframes with operational risk; the faster we establish this facility, the higher the risks to a secure and well-crafted operation.”

However, Robertson after 10 days, on April 1 said banks were ready to start receiving applications.

Treasury was at this point unable to provide interest.co.nz with the full, official, eligibility criteria for the scheme.

Fast-forward three months, and the BFGS has failed to take off. As at June 8, only 503 businesses had taken out $86 million of loans.

While the taxpayer is taking on more of the risk, banks still have to continue lending according to their criteria. The risk banks might actually struggle to get the cash out the door, was not one identified by Treasury.

However, Treasury indicated it may have been too soon for businesses to start looking towards taking out new loans. Bank CEOs have since provided this feedback on the BFGS.

“While the economic outlook is generating widespread concern, most firms (with the exception of certain directly impacted firms) are still considering the implications of an actual or projected decline in cash flow and what this may imply. Firms will be reducing costs and banks still have the ability to support their clients for the time being," Treasury said.

Small businesses the ones really struggling to access working capital

Treasury was also aware the small end of town was where the more urgent need was.

“The banks still have capacity to provide support to their clients, notably large corporates that represent a good credit risk. In December, large corporates had $25 billion in undrawn balances, which was around 36% of loans outstanding. This percentage is lower for SMEs, only 6% of approved balances remained undrawn.”

Indeed, the uptake of the Small Business Cashflow Loan Scheme, announced on May 1, has been huge.

The Inland Revenue-administered scheme has done about $1.4 billion of unsecured loans of up to $100,000, to businesses with 50 or fewer staff.

Other concerns around unveiling the scheme too quickly

The other concerns Treasury flagged around Robertson launching the BFGS without consulting banks, haven't proven material.

“While an early announcement may provide confidence that the Government will provide support, this course of action also carries the highest risk that you will crowd out early precautionary action by firms," it said.

"You may also reduce the amount of support the banks would otherwise provide. We see the risk as crowding out as being most acute for larger companies as they have more options to reduce cost or source finance…

“An early announcement before the scheme is agreed will compromise commercial negotiations potentially shifting risk and costs to the Crown."

No. Clauses enabling the creation of the Small Business Cashflow Loan Scheme (100% taxpayer-underwritten loans) were accidentally included in a piece of tax legislation that was passed. The Govt always intended to introduce the scheme, but wasn't quite ready to do so and wanted to do so through a different piece of legislation. This is the story I did on this wee blunder.

Small businesses are at risks. some will fall and some will survive.
No point trying to pour taxpayers money on the falling businesses.

Ah yes but where does the taxpayer get it’s money in the first place!

Jenée: Are there any figures for how many businesses attempted or began this process with banks? Or are the only figures available the ones showing successful applications and draw-downs?

I haven't seen such figures. Not sure if banks have been keeping track of this either, as the BFGS is one of a range of options businesses will be discussing with their banks. The original iteration of the BFGS required businesses to have exhausted all other options with the banks first. This requirement was later removed.

I am near 100% sure the banks will have been keeping track of this. Because if the business folds, the loan they gave them is 80% government guaranteed. There is no way they are not recording this, even if it's just a standard sentence on a loans notes box.

When this was announced I figured it would be a relatively easy process.
I still had to sign a PG. So basically even though this is 80% government guaranteed, it is 100% guaranteed by any assets I have. Sure the interest rate was low, but the criteria was such that if you were in anyway struggling pre covid you would not be getting this. It would be impossible to get for most small business.

Making up policy on the hoof is one thing, but when the Gubmint doing so is fundamentally indifferent to, if not actively opposed to, private ownership of capital - well, this sort of right-hand-left-hand comms channel failure is really no surprise....most open and transparent is another joke, right up there with 'hard and early'...

And here is Kelvin, running through the logic.
What is the step he hasn't spoken of?

Mr Davis told the Otago Daily Times any business that met the criteria — "big or small, mum-and-dad operations" — were in the running for the money.

"If we don’t have the backbone of the New Zealand industry there when the borders do open, well, what will visitors do?

"It will diminish our tourism offering."

Another initiative with good intentions, but poor execution