The Week in Tax: Australian superannuation taxation changes, time to change taxation of redundancy, and the difficulties of taxing Google

The Week in Tax: Australian superannuation taxation changes, time to change taxation of redundancy, and the difficulties of taxing Google 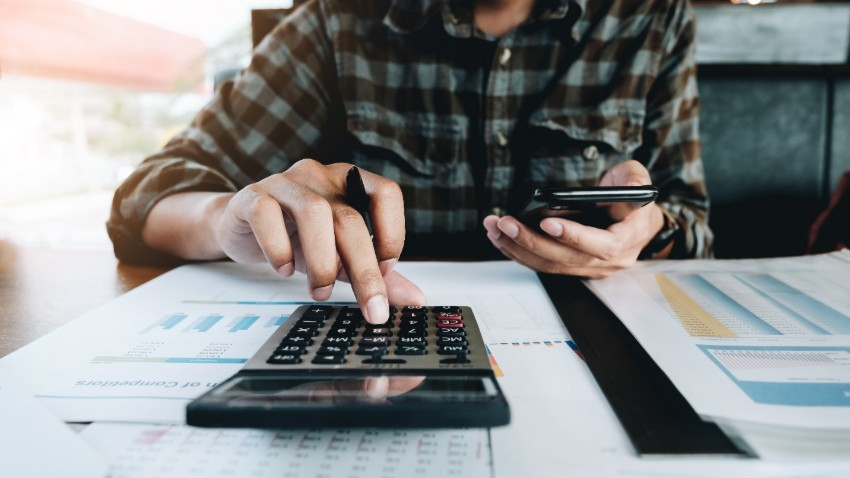 This week, a seemingly arcane tax change could be of major benefit to Kiwis who have Australian superannuation funds, rethinking the taxation of redundancy and Google's 2019 results highlight the difficulties of taxing the digital giants.

Right now, New Zealand citizens or New Zealand permanent residents are the only people who can get into the country. And as the news headlines over the past couple of weeks have shown, testing at the border has become incredibly important in ensuring that COVID-19 does not gain another foothold in the country.

What are you also seeing is a significant rise in the numbers of Kiwis wanting to return to New Zealand. There are approximately one million Kiwis around the world, including nearly 600,000 in Australia. And the way the pandemic has been handled so far has made many expatriate Kiwis look at returning to New Zealand.

All this sounds a little arcane, but there are absolutely billions and billions of dollars invested in these schemes [A$2.7 trillion as of the end of the March 2020 quarter], and the amount of unclaimed superannuation money can be quite significant.

Since 2013, New Zealand and Australia have had a Trans-Tasman Savings Portability Agreement in place to mainly encourage or rather remove barriers to workers freely moving across the Tasman.

So the potentially significant amounts involved and the Trans-Tasman superannuation agreement are the behind the reasoning behind a measure in the recent the introduced The Taxation (Annual Rates for 2020-21, Feasibility Expenditure, and Remedial Matters) Bill introduced a few weeks back.

The bill has a provision which is to allow the direct transfer of New Zealanders’ Australian unclaimed superannuation money from the Australian Tax Office into a KiwiSaver scheme.

This is a measure to get around the issue that once the Australian superannuation scheme deems the funds lost it's impossible under Australian legislation for Kiwis to get their money out.

So, this is a measure which is favourable for those who have Australian superannuation schemes and may have forgotten what they've got and now want to bring the funds across. They can do so tax free into a KiwiSaver scheme. As I said this seems a little bit arcane, but it occurs to me given the numbers of returning New Zealanders we're likely to see, this could become quite important over the next few years.

Based on an article in the Herald this week it seems that the Minister of Revenue, Stuart Nash, has received correspondence on the matters and is asking officials to look into it, which is encouraging to see.

The problem is given the circumstances we're in right now this sort of thing ought to be dealt with quite urgently. Maybe if we're going to move forward with changes, it would be opportune to include some form of measure in the tax bill I mentioned earlier which is going through Parliament right now.

So it could be if you're earning above the $70,000 top rate tax threshold, which is roughly $1,350 a week and you receive a redundancy payment, then if you have a student loan and are in a KiwiSaver scheme you will lose 48% in deductions.  This is why I feel it's actually quite urgent given the circumstances we are in, that the government reconsiders the current tax treatment of redundancy.

There’s an additional bite to this for those who might receive a payment of over $30,000 before tax.  That group of people are not eligible for the COVID-19 income relief payment. This is the special relief benefit for anyone who's lost a job because of COVID-19 between 1 March and 30 October 2020.  Such persons are entitled to a weekly benefit payment of $490 if they were working for more than 30 hours.  The payment is untaxed and is nearly double the payment someone would normally receive who is unemployed.  Fortunately, MSD has lifted its requirement for someone to spend all the redundancy before they can apply for the job seeker payment of $250 a week.

Nevertheless, the current tax treatment of redundancy needs to change urgently. But it can only be done by a statutory amendment. So, it would be good to see Inland Revenue and the Minister of Revenue moving quickly on this to make a change to help those who are going to lose their jobs or have lost their jobs in the past few months.

Google New Zealand not so long ago released its financial statements for the year ended 31 December 2019. These show that its income tax bill has risen to $2.4 million.

Now, Google's 2019 accounts were the first ones prepared as part of its more transparent country by country reporting. The accounts showed that its New Zealand revenue had increased significantly since previous years to $36 million with a pre-tax profit of just over $10.6 million.

What the accounts also show is the difficulty of taxing the digital giants and how little revenue will come through for income tax purposes. According to the accounts the pre-tax profit of $10.6 million represents the value of sales less the direct costs of sales for its advertisements and cloud services. And tucked away in the financial statements, was a note that well over $500 million was paid in service fees to related offshore parties.

This is not a problem unique to New Zealand and all around the globe countries are grappling with this question that Google and Facebook are piling up billions of dollars in earnings, but not much income tax is being paid in the relevant jurisdiction.

To deal with this matter the OECD has been working on a coordinated approach. The problem is, in the last week or so, that has hit a big hurdle with the US Treasury Secretary, Steve Mnuchin, withdrawing the US from the negotiations.  Presently, the United States and Europe are at pistols drawn stage, arguing over the question of digital taxation, and Mnuchin and the US pulled out of talks in the last week. This is not good for the whole global economy, and it's not good for moves to try and get a fairer share of the enormous revenues Google and other digital companies generate.

The Tax Working Group recommended going along with the OECD approach. But it also said that we should have a digital services tax ready to go if negotiations do not go well. We’ve also been watching what the Australians are doing and for the moment they have backed off a digital services tax. But then over in Europe, then Britain, which needs a trade deal with the United States, has actually introduced a digital services tax. The French have got one up and running and the Germans are talking about one, too.

So international tensions are building on this and it'll be interesting to see what the Government decides to do over the next few months as this plays out. But as part of the general upheaval in the tax world we're going to be seeing going forward, this development with the US pulling out of the talks with Europe is not a good one. We'll monitor developments as they happen but for the moment it looks like tensions will continue to escalate.

Well, that's it for this week.  Next week, I'll be joined by Josh Taylor of tax pooling company Tax Traders. We'll be discussing how tax pooling was able to help businesses cash flows in the past few months.

Until then, I'm Terry Baucher, and you can find this podcast on www.baucher.tax or wherever you get your podcasts. Please send me your feedback and tell your friends and clients. And until next time, thanks for listening. Ka kite anō.

This article is a transcript of the June 26, 2020 edition of The Week In Tax, a podcast by Terry Baucher. This transcript is here with permission and has been lightly edited for clarity.

The US will stymie the taxation of digital companies forever. That the OECD can't see that is unsurprising. NZ should just get on with it, go it alone, and charge a turnover tax. Otherwise you will be repeating this in 5 years time.

Paying "royalties" to a tax haven or via a confidential tax deal in a country in the EU to avoid paying tax is just a scam. A revenue tax on fake intellectual property expenses is worthwhile.