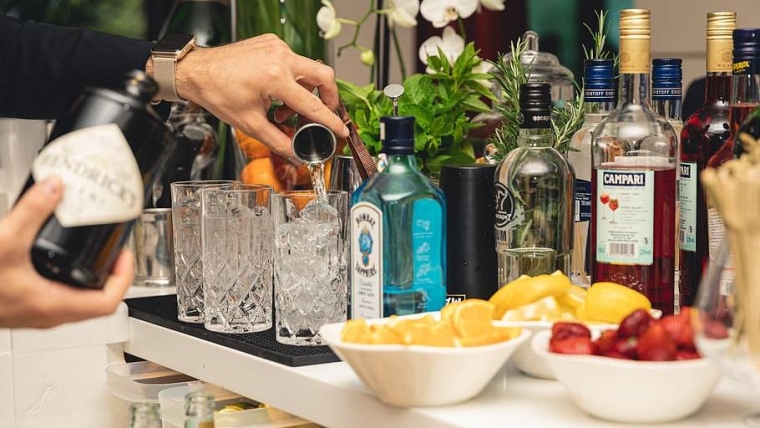 Aucklanders were allowed out - and the results are clear to see.

Statistics New Zealand says October saw the second highest monthly spend for food and beverage services in over 20 years - almost as high as the Christmas peak in December last year.

In actual terms*, spending at restaurants, cafes, and takeaways (food and beverage services) was up $79 million (8.8%) compared with October 2019.

"Together, those factors have given household demand a powerful shot in the arm. In fact, adjusted for normal seasonal variations, spending over the past month was around 7% higher than prior to the outbreak of Covid-19."

Looking ahead, he expected spending levels would remain firm through the holiday shopping season, supported by continued low interest rates and the related strength of the housing market.

"However, shortages of some goods (such as household furnishings) could restrain spending levels, or mean that the usual holiday price discounts are more moderate than usual."

"Several months of higher retail spending have almost made up for record low spending in April, though some industries have fared better than others," business statistics manager Sue Chapman said.

Card spending on long-lasting goods (durables) had the largest retail industry rise in October, up $244 million (17%) from October 2019.

The rise in durables was mainly driven by furniture, electrical, and hardware retailing, up $138 million (20%) over the year to the highest October month value since the series began.

The only industries to see falls in October were fuel and non-retail (excluding services).

Fuel was down $65 million (11 percent) over the year, mainly reflecting lower petrol prices.

*Stats NZ notes that the Covid-19 pandemic has introduced unusual patterns to the monthly and quarterly electronic card transaction series. Electronic card transaction series continues to show irregular spending patterns and historical seasonal patterns are no longer evident. Months up to February 2020 and quarters up to March 2020 are seasonally adjusted, and months from March 2020 (inclusive) and quarters from June 2020 (inclusive) will reflect observed actual value without seasonal, trading day, or holiday adjustment. This approach will continue until an observable seasonal pattern returns to each series.

Traveling abroad is great, I guess. Not that it does my airNZ shares any good but it's really nice to see that the money saved in international airfares is getting put to great use in NZ.