The Week in Tax - New loss continuity rule for businesses, hopes rise for a global agreement on digital taxation, and the implications for Kiwis of the British budget

Business
The Week in Tax - New loss continuity rule for businesses, hopes rise for a global agreement on digital taxation, and the implications for Kiwis of the British budget 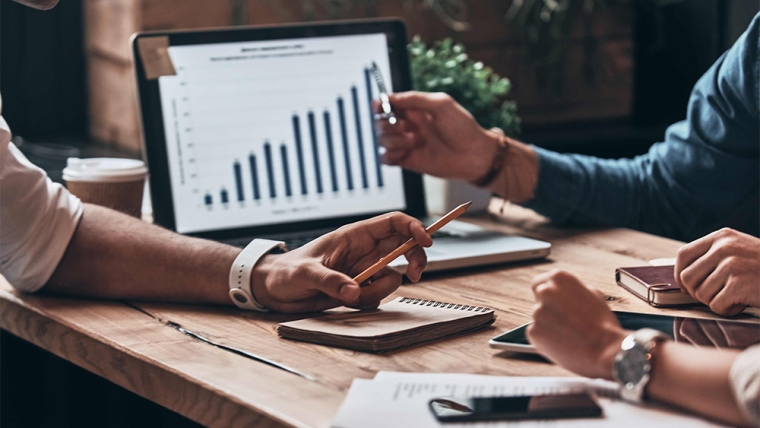 At last week's International Fiscal Association conference, Revenue Minister David Parker announced that the Government would be proceeding with a new business continuity test to enable tax losses to be caried forward. The general rule is that for tax losses to be carried forward, at least 49% of the shareholding in the company must remain the same between the date the losses arise and when the losses are to be used.

Now, this is regarded as one of the most stringent lost continuity tests in the world, and it has been seen as an impediment for businesses trying to obtain capital in order to innovate and grow their growth.

Companies in their early stages may rack up a lot of losses, but if they want to attract capital and investors shareholding changes may mean a loss of accumulated tax losses. So there's been pressure for some time to think about easing these restrictions and adding a what we call business continuity test.

The Government announced as part of its initial Covid-19 response last year that they wanted to have a new regime in place. And work has been going on in the background since April last year. They're now saying that the legislation will be introduced later this month in a supplementary order paper for the tax bill currently going before Parliament, the Taxation (Annual Rates for 2020-21, Feasibility Expenditure, and Remedial Matters) Bill.

The idea is a similar business test will now be able to apply, and even if the 49% threshold might have been breached, the company may continue to carry its losses forward after a change in ownership as long as the underlying business continues. Now, similar tests apply in Britain and in Australia, and the Australian test has been used for the purposes of designing our legislation.

The principle is that losses will be carried forward unless there's a major change in the nature of the company's business activities.

In determining this, you'd look at the assets used and other relevant factors, such as business processes, users, suppliers, market supply to and the type of product or services supplied.

There is an expectation that the test will run for the time from the ownership change, which brought about a 49% breach of shareholding continuity, as we call it, until the earliest of the end of the income year in which tax losses are utilised or at the end of the income year, five years after the ownership change. This is subject to one or two exceptions as well as a specific anti avoidance measure to prevent possible manipulation of the rule.

The rule would appear to be retrospectively applicable from the start of the current tax year or 1st April, 2020 for most businesses. But that's not absolutely specifically spelt out, but is implied by the commentary we've received. We’ll know for sure when we see the final legislation in the next week or so.

This is a very positive measure. It's been one that businesses have been asking for for some time, particularly those in their high growth tech sector, where they rack up a lot of losses during  development before switching to substantial profitability. But they've been unable to attract or had difficulty attracting investors because of the existing loss continuity rules.

The fiscal cost is actually quite modest. It's estimated to be about $60 mln per annum, which still does beg the question that perhaps this could have been addressed much sooner. It's certainly been on the wish list for a lot of investors for some time and was a matter we raised on the Small Business Council.  It's a good development and I imagine that it will be taken up with some enthusiasm.

The US changes its tune

Moving on, I’ve recently discussed the issues around the taxation of digital companies, particularly in relation to Facebook's stoush with the Australian government. The OECD, as I mentioned in previous podcasts, has been working through what it called a new global framework and two options to this Pillar One and Pillar Two.

This week, there was a major development with the US Treasury Secretary, Janet Yellen, (the equivalent of the finance minister), telling G20 officials that Washington was going to drop the Trump administration's proposal to allow some companies to opt out of the new global digital tax rules. And this was clearly seen as an impediment to getting these rules through. But the fact that these have now been dropped and that the US is no longer advocating for a safe harbour in relation to Pillar One is very important.

The OECD has been working through matters in relation to the development of the new global framework.  This week it announced it now believes it’s got the 10 components of Pillar One put together on which it can now start to build a consensus. Drafts of these Pillar One proposals are expected to be released in the next few months. The hope is still to have this all wrapped up sometime this year.

So that's a very positive development. As I said, in relation to the Facebook and Australia stoush, some form of taxation probably would have been a better approach to the matter than what has been proposed by the Australian government.

And finally, on Wednesday night, our time, the UK Budget for 2021 was released. Now, this is of more importance to Kiwis than people might realise because of the global reach of UK capital gains tax and inheritance tax in particular.

To recap, anyone who owns property, commercial or residential in the UK is subject to capital gains tax on a disposal of that property.  So this would affect the some 300,000 Britons or people of British descent like myself who live here in New Zealand. But it also affects Kiwis who come back from their OE but have retained a property for whatever reason in the UK.

The other significant UK tax issue, which I'm seeing a lot more of, is Inheritance Tax. And this applies globally to anyone who has a UK domicile (which is a different concept from tax residency) or assets situated in the UK. Inheritance Tax applies at a rate of 40% on the value of an estate greater than £325,000 (what we call the Nil Rate Band).

But the UK budget has frozen the Inheritance Tax nil rate band at £325,000 right through until 2026. The annual capital gains allowance is also going to be frozen for a further five year period.

One of the things that is perhaps not really appreciated is anyone who is deemed to have a UK domicile they're taxed for Inheritance Tax purposes on their global assets. And with the fall in the value of sterling to below two dollars to the pound combined with the incredible rise in the value of New Zealand property what I'm seeing is that people are now have potentially significant Inheritance Tax issues. Property prices in the UK have not accelerated anywhere near to the fashion that has happened here. To give you an example, I came across this week a client with a London property valued at in April 2015 at £775 ,000. Its current value is just £765,000 pounds. In other words, over six years it's gone backwards. Compare that with what's going on in the New Zealand market.

So there's an increasing number of New Zealanders and Britons who have potentially Inheritance Tax liabilities. And they also will face capital gains tax if they decide to dispose of those properties.  One of the things that’s also increasingly coming into play will be the information sharing under the Common Reporting Standards and The Automatic Exchange of Information. This means the UK HM Revenue & Customs and Inland Revenue here will have a greater understanding of who owns property in which jurisdiction.

So, as I said, this British budget may seem far away, but it's actually incredibly important to a significantly greater number of people than you might imagine.

There's also one other thing that's come into play, which it has been a surprise to the tax community and that is the British Government have signalled an increase in the corporation tax rate from its current rate of 19% to 25% for businesses with net profit in excess of £250,000 from 1st of April 2023. That's a very significant increase. The other thing that the British have also kept in place is what they call a diverted profits tax, of which remains at 6%. This is an anti-avoidance measure aimed at multinationals.

Incidentally if Grant Robertson and Treasury are looking for ideas the UK also has a bank corporation tax surcharge of 8%. This is something which if introduced here would probably be quite popular.

The proposed increase in corporation tax rates is a surprise. But I think this is something that's gradually become inevitable.  In the wake of both the GFC and Covid-19, government budgets are so badly shot that they need to restore them with significant tax increases at some point. Whether any such increases flow through here to the extent of what's just happened in the UK remains to be seen. But as always, we'll keep you abreast of developments.

That's it for this week. I’m Terry Baucher and you can find this podcast on my website www.baucher.tax or wherever you get your podcasts.  Thank you for listening and please send me your feedback and tell your friends and clients. Until next week Ka kite ano!

This new loss continuity rule for businesses is good, and long overdue. The sooner the Government understands that we need to promote productive and entrepreneurial activity in the real economy, and risk taking in the form of startup companies, (rather than unproductive parasitic housing speculation), the better for the NZ economy and NZ society.