The Week in Tax - a new Covid-19 resurgence support payment, a Digital Services Tax for Facebook, and what to do ahead of the tax year end

The Week in Tax - a new Covid-19 resurgence support payment, a Digital Services Tax for Facebook, and what to do ahead of the tax year end 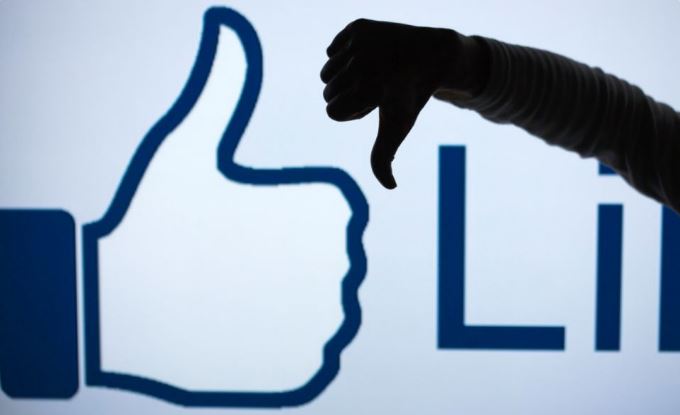 On Wednesday, the Government passed under urgency, the Resurgence Support Payments bill.

This was introduced in the wake of the move to level three and then level two lockdowns in the Auckland region. This had been in the works for some time, but then just got pushed through under urgency following what we might call the Valentine's Day mini outbreak.

Resurgence supports payments may be applied for if there is an increase in the alert levels from Level 1 to Level 2 or higher and the alert level remains higher than Level 1 for seven days or more.

It’s going to be available to all businesses in New Zealand each time it activates. So even though Auckland went into a Level 3 Lockdown and then back down to Level 2, because a lot of tourism is currently dependent on tourists from Auckland, the resurgent supports payments will apply nationally.  This is a wise move, which cuts down a lot of administration, but also reflects the fact that Auckland is a prime source of tourism for the very weakened tourist industry.

This scheme is going to be administered by Inland Revenue rather than the Ministry of Social Development as happened with the wage subsidies. Applications should be made through myIR and Inland Revenue is expecting that people receive the resurgence support payment within five working days of their application.

The payment must be used to cover business expenses such as wages and fixed costs. Note that this isn't a wage subsidy per se, it's a support payment. And that possibly explains the slightly unusual change from the previous wage subsidy in that this payment is subject to GST now.

There is a further cap in that the amount an applicant may receive will be the lower of the base amount and four times the amount their revenue has declined, as declared by the applicant as part of the application. And I can see Inland Revenue having a bit of work going on in years for larger scale applications here.

Anyway, the measure is now in place and fortunately everyone within the Auckland region, because they are still in level two, will be able to apply for this because they have been at an Alert Level higher than Level 1 for the required seven-day period. I imagine there will be further tweaks to the scheme as we go forward in the event of further outbreaks.

Moving on, yesterday across the Ditch, Facebook announced that ...

And with that, it stopped any sharing of Australian news media sites and indirectly, some New Zealand sites could be affected as well.

Now, this stoush has been brewing for some time. The Australian Government is trying to force the Google, Facebook and other tech giants to pay more for the media content. Google has played along with this proposal. Microsoft, which runs the Bing search software, is also playing along. But Facebook has pushed back very hard and decided to go very hardball with this move.

Now, barely two years ago, Facebook literally made blood money about live streaming the Christchurch massacre and then wrung its hand about the difficulties of taking down such abominations. But yesterday it basically was able to switch off all of Australia's major media sites on Facebook just like that. And I'm sure there will be a few pointed comments made about that.

I can't see how such outrageous behaviour will not draw a strong response. And this is where I think from a tax perspective, things may go. The Australian government has previously been lukewarm about a Digital Services Tax, but Facebook's actions might prompt a rethink. The Australian Tax Office has done some work on this, and there might be a bill lying around which could be introduced at the drop of a hat in effect saying, “Here, stick this up you”.

If Australia does move forward with a Digital Services Tax, then I think our government will surely follow. Now I'm in the “ get into the Tax Tech Giants hard” basket and have been for some time, particularly since what happened in Christchurch.   Yesterday's actions by Facebook underscore my belief in that approach.

Incidentally, during this whole run up to this stoush erupting, at least one tech commentator suggested that a DST would be a better approach instead of what the Australian government was trying to do. We'll see how this all plays out and it’s going to be very interesting to watch. Facebook just lifted the stakes considerably.

There are, according to the OECD, about 40 countries either with an active DST or considering introducing one. Maybe Australia is about to become number 41.

Now, briefly following up from last week's podcast, Inland Revenue is to pay approximately $6.6 million to compensate over 640,000 KiwiSaver members whose employer contributions were delayed in getting to the providers. Now, this happened last April, when Inland Revenue moved KiwiSaver to its new Business Transformation START platform. And for some reason there was a delay in passing on employer contributions to people's KiwiSaver accounts.

This story reports delays of as much as six months or more. So people lost out on investment performance over that time. And during that time, the use of money interest rate paid by Inland Revenue dropped to zero which would have been the usual way of compensating for the delay.

Instead, what's going to happen is Inland Revenue has been given approval to make ex gratia payments of about $6.6 million in total. This is a slight bit of a disappointment for Inland Revenue because as I said, by and large, the Business Transformation programme, controversial as it is, has worked relatively smoothly and improved processes. It's certainly not a Novopay scale disaster, but it's just another sign that sometimes with IT projects things go wrong.

And finally, the 31st March tax year end is fast approaching. So it's time to start thinking about what steps could be done in advance of that. Now, there’s a couple of things in particular people might pay attention to.

Firstly, you have until 16th March to make use of the $5,000 threshold for “low value assets”. Under this you get a full write off for assets up to the value of $5,000 acquired on or before 16th March.

This is an emergency measure introduced a year ago as part of the Government's initial response to Covid-19. So now's a good time to see if there’s equipment you want to replace or upgrade and take a full write off.

Now, the other thing to think about is tied in with the forthcoming increase in the personal tax rate to 39%. And the suggestion would be that companies might want to think about paying dividends out to use imputation credits prior to that date so that the shareholders are taxed at 33% rather than 39%.

Sometimes you might pay a year-end dividend anyway because that's just part of the regular distribution pattern. But you might also do so because the shareholders might have an overdrawn current account which you want to get into credit.

The thing that complicates matters this year is whether such a move might represent tax avoidance. I don't believe so. But one thing people must keep in mind is that as part of the increase in the tax rate to 39%, trusts have to provide more information about distributions they've made in prior years. So as the commentary on the tax bill said, “this is expected to assist in understanding and monitoring the changes in the use of structures and entities by trustees in response to new 39% rate.”

I think this is a point where Inland Revenue really needs to come out and be very clear about what is going to happen with dividends paid to by companies to trust shareholders, which aren't then distributed.  I think you'll have a problem if the pattern was previously such dividends were distributed by the trust, maybe less so if that wasn’t the case. Again it’s a question of watching this space. And we'll bring you developments as and when they happen.

Well that’s it for today, I’m Terry Baucher and you can find this podcast on my website www.baucher.tax or wherever you get your podcasts. Thank you for listening and please send me your feedback and tell your friends and clients. Until next week Ka kite ano!

Not usually a fan but good on facebook for not bowing to the blatent shakedown Rupert Murdoch's government in Australia are currently attempting. I can't blame them for not wanting to be forced to pay for content that realistically added little or no value to their platform (or society generally in the case of News Corp) anyway.

If a media outlet is genuinely important to a social media platform then I'm sure they could enter into a private negotiation (like YouTube does with content creators.)

The blocking of domain names (www.DomainName.au) is easy logic to apply. Blocking people sharing the ChCh Video on Facebook's encrypted Messenger & WhatsApp service is near impossible. Sophisticated audio/video scanning software would have needed to be TUNED and Employed to block the ChCh Video. Even then edits and voice overs could throw it off - even 'auto blocking' news stories.

Personally I don't use facebook, it's toxic and more for Boomers. Telegram, Signal, Reddit and Discord is were it's at. Enjoy the NZ Police's new cyber tools scanning through your public posts - fools.